While the premiership Price stable is airborne with four winners at the latest Moruya TAB meeting and backing up a duo, Joe Cleary is value with target races for emerging gallopers into Sunday’s TAB meeting.

Joe rates brilliant speedster Kiss My Swiss potential city grade as she resumes from a spell, and his Country Cups prospect Bart is also primed first-up. 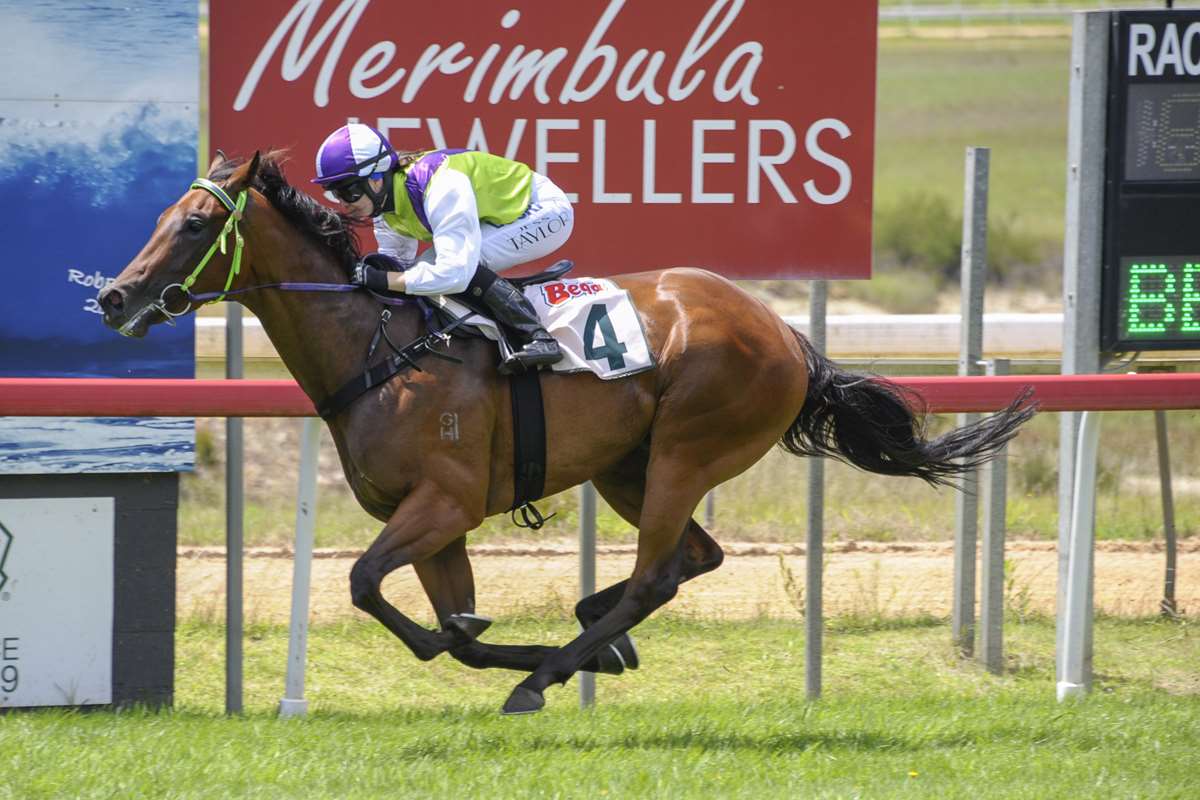 It’s exciting times for Joe with rising Concrete building off four successive wins into Kensington Track competition on Saturday with the Queanbeyan trainer exclaiming: “The way he’s racing why wouldn’t we be looking at The Kosciuszko?”

Kiss My Swiss emerged as one of the hottest sprint prospects in southern racing, winning three of her four race starts and has never led.

She had been nominated to resume at Moruya three weeks ago when the Price’s dominated the program.

“This mare was ready a month ago, but she’s finicky and a fragile, so we’ve got to cuddle her,” Joe explained.

“She’s a fierce trier in her work but when she went off her tucker for a couple of days, we pulled her back and waited for this meeting. But she’s sweet now, worked fantastic this week.

“I do think she’s probably the best horse in the race but the extreme outside at the ‘1000m’ at this track is always a concern.

“Jess (Taylor) will have the handlebars down. I’ve always had an opinion of her - a natural speed filly.

"Last prep she showed the progression to maybe make city grade, and her record suggests that.

“Bart’s best form is fresh, he flies at this track and his record tells you he’s as honest as he’s tough.

“This prep we’re looking to the Batemans Bay and Moruya Cups and maybe the Bega Cup at Sapphire Coast.

“We’re giving Brodie Loy an opportunity in his comeback, he’s been coming in and riding regular work for me.”

Meanwhile, Robert and Luke Price will again saddle up winners from the previous Moruya TAB meeting, including Tudor Prince and Twirling Moss who opposes Kiss My Swiss. At present Moruya is rated a good 4 track in fine weather.