Everyone loves to see a tearaway front-runner and last start winner Mr Dumont will provide one of the highlights in next Sunday’s $37,000 Narromine Gold Cup (1600m).

A recent acquisition from Queensland, Mr Dumont was at least six lengths clear of the field at the 600m in his first start for Dubbo trainer Kody Nestor at Bathurst on 29 July.

The gelding then kicked strongly soon after straightening and held his rivals at bay to record a near two-length victory. 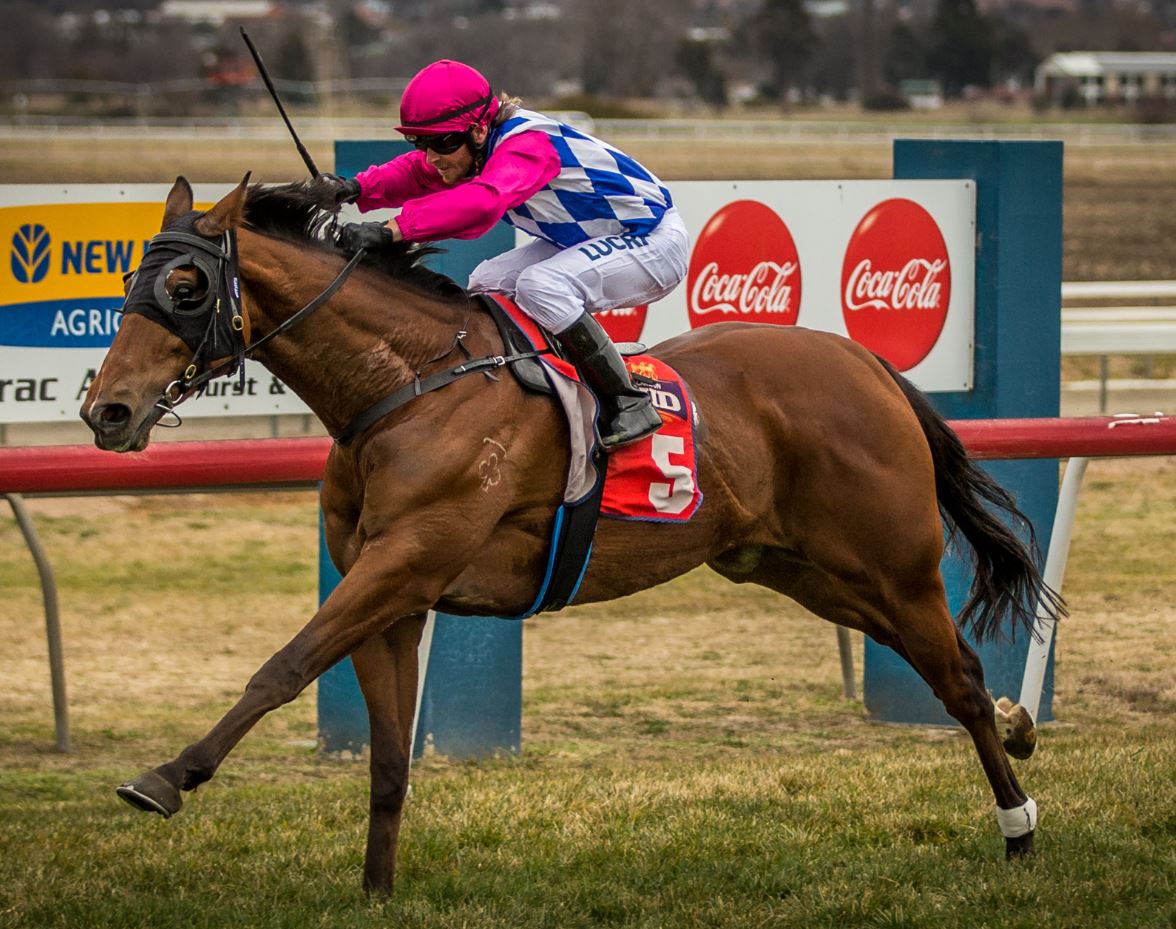 “It was nearly seven weeks between starts and he was running over 1808m, so he did surprise me how well he performed,” Nestor said.

“Jake’s [Pracey-Holmes] ride won him the race – he went a bit hard early and set a solid tempo but Jake managed to give him a breather from the 600m to the 300m.

“He then took off on him again as they straightened and had the rest of the field off the bit chasing.

“The horse got his second wind and away he went; he’s bred to get over a bit of ground, so he’ll be strong late again.

“He’s gone along brilliant since although I haven’t done too much with him, but he should take natural improvement out of that run.”

Nestor revealed a friend, John Kennedy, had been searching for a ‘country cups type’ horse and found Mr Dumont in Queensland.

“I looked through his form and thought he’d be a nice horse for the bush so and I told John to send him down and I took a share in him. He has really thrived, and the change of environment seems to have done him the world of good.”

Bellszov Bourke made her debut over 1020m at Dubbo when runner-up to Strapping Conquest on 19 July: “We have a bit of wrap on her and she should take beating as she’s gone along well since,” Nestor said.

Invincible Thunder was a last start fifth to Festival of Light at Dubbo over 1120m on 19 July.

“She missed the kick and was a bit unlucky as things didn’t go her way and was beaten less than four lengths,” Nestor explained. “That was her first run for eight weeks, so she’s improved a good bit since.”

Nic Craft, secretary of Narromine Turf Club, said it will be a great day’s racing next Sunday: “As always, the trainers will enjoy one of the most consistently outstanding tracks in the west of NSW,” she said.

“With recent rare, but small rainfall, the course will be looking fresh and in great condition for a winter track.

“This year the Club is excited to announce that the Ladies Winter Fashion Prize is a spectacular Girls Getaway Package at the Fairmont Resort and Spa in the Blue Mountains valued at over $1100. This prize is a perfect incentive to get dressed up and have a social Sunday out.

“We will offer a selection of great food, a full bar and brilliant coffee – even complete with heated gazebos to stay warm while enjoying live entertainment.

"We’re aiming to create a fun family day out, so we’ve placed children high on the priority list to offer parents a relaxing day. A free jumping castle and free face painting will be put on by Narromine Junior Jets Rugby League Under 8s team.

“The team is lucky enough to be heading to Sydney to play a half-time exhibition match during one of the games on the big screen later in the season. The club is making a donation to their trip in return for them helping to entertain children on raceday – it will be win-win for all involved!

“Everyone should keep an eye out on Instagram and Facebook for updates regarding courtesy buses, and perhaps even dinner deals that night at local hotels.”

Canberra trainer Nick Olive isn't too concerned with the sharp drop in distance for in-form galloper Pecuniary Interest when the ...
Read More

By Brad Gray Tips and race by race preview by Brad Gray for Rosehill. The rail is out 4m and ...
Read More

Trainer W Carroll has advised Stewards Lady Mironton, which is an acceptor in Race 7 at Wagga Riverside on Monday, ...
Read More