Looks Like Elvis, the Eagle Farm-based trainer's first ever runner at Coffs Harbour, looks tough to beat stepping up to the 1600m on Thursday at his third run this campaign, and is vying for favouritism at $5 in the Cup with Victorian visitor Curragh. 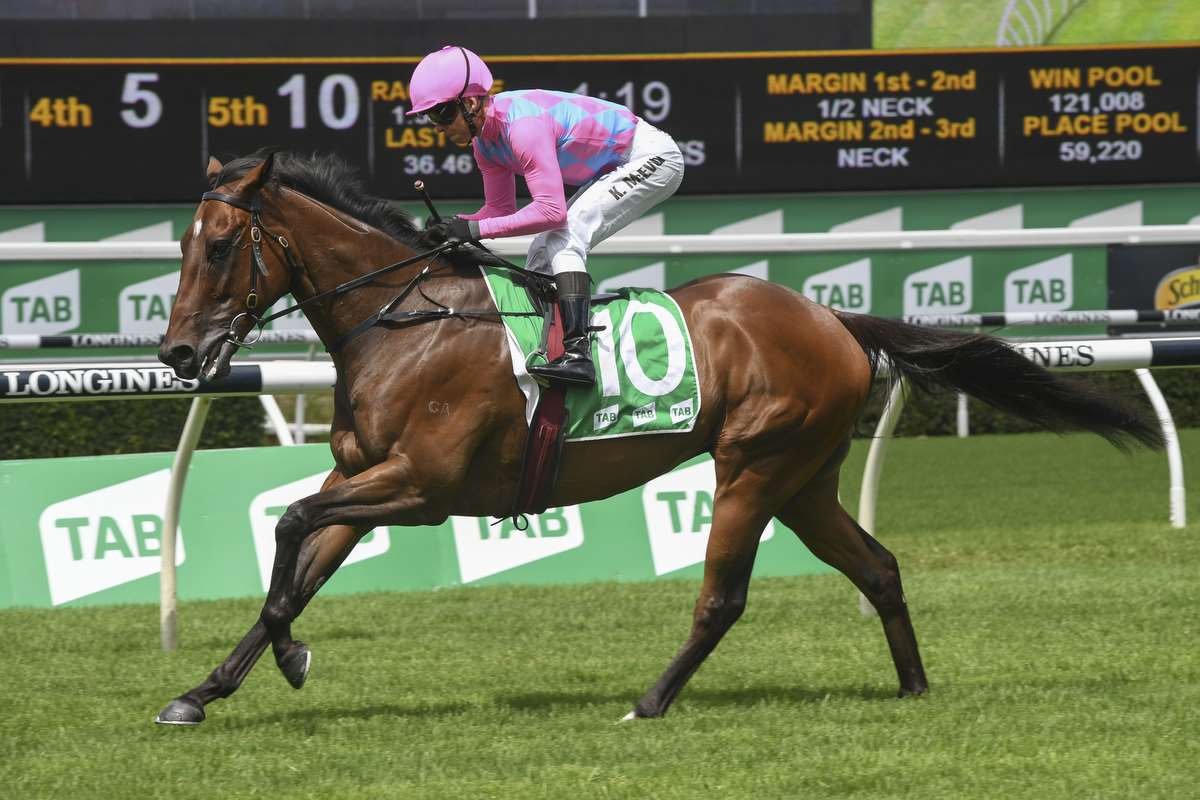 "I'm very happy with the way he's come back after his spell - physically he's a better horse - and I think he should be hard to beat on Thursday, provided there isn't too much rain about over the next 24 hours," said Dais.

"A soft track wouldn't be a problem, but I certainly wouldn't want it getting into the heavy range."

The Coffs Harbour track was rated a good 4 on Wednesday morning but showers are forecast through the day and Thursday morning.

Looks Like Elvis tackles the Coffs Harbour Cup at his third run this time in after resuming at the Sunshine Coast on June 29 with a strong fourth over 1200m in a Benchmark 80 on a heavy 10, then followed up with a last-start win in a Class 6 over 1400m at Eagle Farm July 20.

Third-up in his prep this time last year, Looks Like Elvis stepped up to 1615m at Doomben to down Chapter And Verse and I Am Impinge in a 3YO Hcp.

"Running him first-up on a very heavy track at the Sunshine Coast certainly wasn't ideal, but I had the Coffs Harbour Cup in mind for him at his third run back, so I had to kick him off on that wet track as there really were no other suitable options for him," said Dais.

"He still ran well first-up and then there was a lot of merit in his second-up win at Eagle Farm as he didn't get a lot of favours in the run."

Looks Like Elvis has drawn well in gate seven for jockey Jake Bayliss in Thursday's race and Dais expects him to settle about midfield.

Dais has always had a strong opinion of Looks Like Elvis and believes a two-state trip away earlier this year has certainly improved the son of All American.

"That experience travelling away did him the world of good," he said. "He raced at Rosehill, Warwick Farm, Flemington and Randwick, he handled all the travel really well and raced well in each of those four starts."

Looks Like Elvis' best effort during that trip away was a luckless second to the impressive German import Schabau over 2000m at Flemington on February 26. Unbeaten in his three Australian runs, Schabau just held on to beat Looks Like Elvis who was unlucky not to win.

"He got shuffled back early and was trapped seven-wide. They sprinted home the last 600m in 33 seconds and he was still only beaten a lip."

Dais has an eye on another visit to Sydney in the coming weeks with the hope of sneaking into the field for the $1m Epsom Handicap (1600m) at Randwick in October.

"Obviously there's a big difference between Coffs Harbour Cup form and the spring carnival in Sydney, but I think he's a progressive horse and if things go right I'd like to target races that carry a ballot-free entry into the Epsom.

"I'll have to check the programs, but I think the Cameron Handicap at Newcastle in September fits that bill and could be a likely target for him," he said. "Hopefully, he can keep making gradual steps towards better races."

Victorian visitor Curragh, attempting to go one better than he did in last year's Coffs Harbour Cup, looms as the biggest threat to Looks Like Elvis.

Trained at Cranbourne by Trent Busuttin and Natalie Young, Curragh started the $4.80 second favourite in last year's race when he carried 58kg into second place behind Glitra.

He went into last year's race off the back of a Benchmark 79 win over 1600m at Warwick Farm and also tackles Thursday's race as a last-start winner of a Rosehill Benchmark 78 over 1500m on July 13. He carries 55.5kg in Thursday's race and has drawn gate two for top rider Tommy Berry.

Warwick Farm trainer David Pfieffer has scratched one of the early favourites, Pelethronius, who will be kept for Randwick on Saturday, and will be represented by Love Shack Baby ($11) in the Coffs Harbour feature.

The Bruce Hill-trained galloper, who officially turns nine on Thursday, won the 2016 edition of the Coffs Harbour Cup and is still racing with plenty of zest.

Bodega Negra returned to winning form with a surprise win at big odds in the South Grafton Cup (1615m) on July 7 and proved that was no fluke by lumping 61kg to victory in the Sawtell Cup (1515m) at Coffs Harbour on July 21. His chances of scoring a knockout blow at odds would certainly improve on a rain-affected track.

Newcastle trainer Kris Lees looks like playing a major hand on the eight-race program with key runners in the four main races.