Former Kiwi To Build On Near Impeccable Record (Albury, Tues)

If former New Zealand galloper Parliament can pick up from where he left off his first Australian preparation, then his owners can look forward to some exciting times in the spring.

Parliament ($5.50 on TAB fixed odds) resumes from a three-week winter spell at Albury on Tuesday with the near-perfect racing statistics of four wins and a third from just five starts.

The gelding arrived from New Zealand as a four-start maiden and has quickly developed into a galloper of considerable promise for his large group of owners and Wangaratta trainer Andrew Dale. 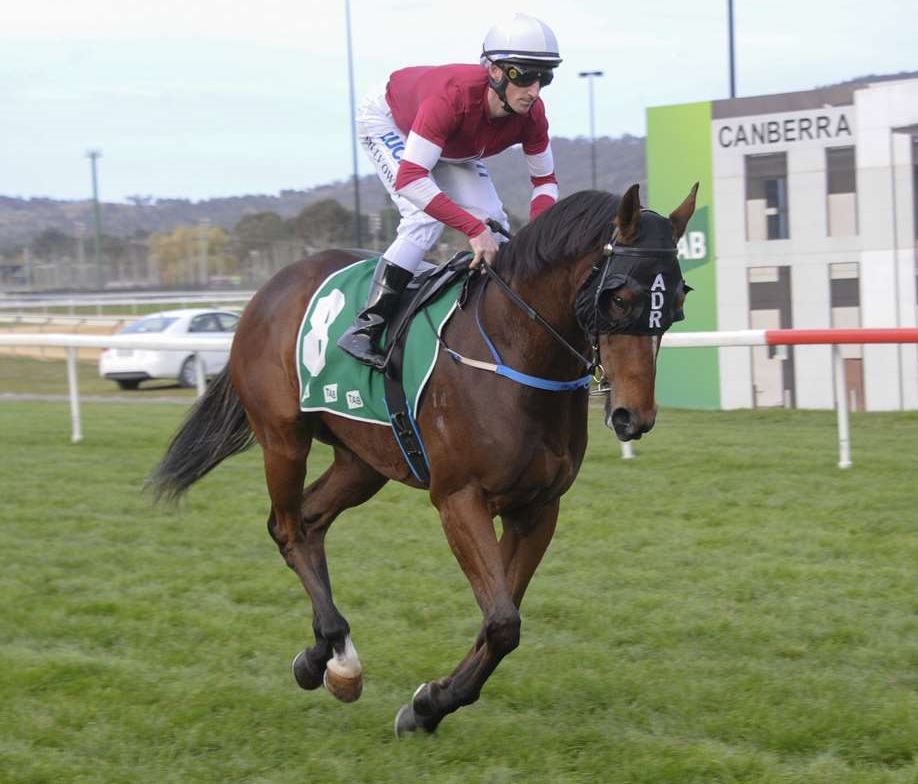 It’s little wonder why the Open Handicap over 1400 metres and the same graded race at Albury in a few weeks hold a lot of interest for his connections.

Parliament is a last start winner of a Federal Handicap at Canberra – no easy feat considering he has had to continually rise in grade and carry around 59 kilograms every start.

The four-year-old has won at Gundagai, Wagga, Albury and Canberra and each time has been ridden by apprentice jockey Billy Owen.

In an ironic twist, experienced jockey Jake Duffy takes over on Tuesday with Owen suspended.

“Billy got the ride at Gundagai when Jake was suspended and stayed on him for his other four starts and did a great job,” Dale said. “Now Jake is back and Billy is suspended.

“The horse needed a freshen up after his last run even though he won. He basically came straight from New Zealand and started racing and did well to win four from five.”

In fact, few horses in the region have been able to win four out of their five starts in recent years suggesting Parliament is above average ... at least that is what Dale wants to find out.

“He will have these two starts at Albury then we will see how he goes before he may have a midweek run in town,” Dale said.

“He was well looked after in his three-week break and I think he will be very competitive. I didn’t think he is too badly off at the weights with 59.5 kilograms and is drawn well in three to be up on the pace.”

Dale feels horses which can race forward will be advantaged at Albury with the rail in the true position.

While Parliament is his best chance, Dale is looking for Deal Master ($34) to pick up again from his last start third at Wangaratta. Deal Master was having his first start for Dale when placed at Wangaratta and will contest Tuesday’s Class 3 (1175m).

“I was pleased with the way he finished off and he is a horse who will race midfield and finish off,” Dale said.

The return of Lawton Joseph ($41) is also of interest for Dale with the galloper drawing the outside gate for his first start since March.

“He has a good record first-up with two wins and two thirds from five attempts,” he said. “He is a lightweight chance at big odds.”

Dale added Lawton Joseph has the benefit of a jump out and despite having some issues he was confident of a forward showing: “He has the ability so this run will see where he is up to,” he suggested.

The meeting is the final for the season in the Southern District Racing Association with Albury jockey Blaike McDougall a clear winner in the jockeys' title.

He will combine with premiership-winning trainer Trevor Sutherland with Gentleman Max ($13) in the Open Handicap.