Accomplished veteran Brett Partelle, who started his career with the incomparable Bart Cummings, is refining his most promising young team since his Listed and Group-winning days and an inspirational comeback.

Partelle, who survived life-threatening injuries in a 2010 Wyong track accident, has a high opinion of flying filly She’s My Girl. She’s short odds to complete a winning treble in a Prime Seven Class 3, 1150m. 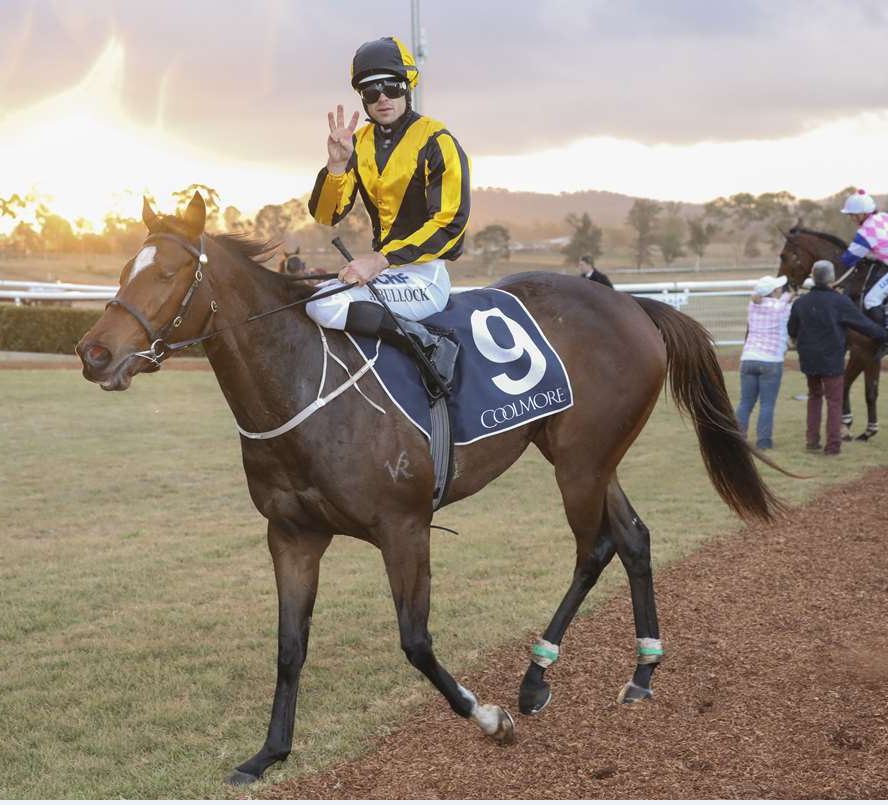 Being by So You Think, Bart’s dual Cox Plate champion, She’s My Girl invokes the fondest memories for Partelle.

“When I was a young fella at trackwork, there’d be Bart on one side, Tommy Smith the other; I’ve been on a lead pony for Saintly, Let’s Elope, Leilani, Taj Rossi , Beau Zam and Sky Chase over the years - the best.

“Sat with them, given ‘em a pick after trackwork. Fed and bed them down. You’d develop a bond and trust.

“So all I wanted to do was eventually train my own. In a racing life-time, I’ve worked with and seen the best, and then a man has been lucky enough to be around for Winx.

“Bart would never compare his champions of different eras. But for mine, none better than So You Think when he dominated those Cox Plates. It’s a nice feeling to train one of his fillies."

She’s My Girl has required all of Partelle’s patience and expertise: “She came here so tiny, built like a whippet, we doubted if she’d make a racehorse. But she had character and spirit.

“Once we built her up, she started to fly in her work and she took it to the races. The way she’s won and continued to progress, there’s every reason to think she’ll make city grade.

“Still early days though, and we’ll know more on Tuesday. But she’s a lovely actioned speed filly and she’s got heart.”

She’s My Girl won her Cessnock 900m Maiden at a prohibitive $1.30 off brilliant trackwork and was just as convincing winning a Scone Class One, 1100m also in smart time.

“I kept her up to the mark with nice soft trial at home on Friday.”

Her stablemate, dual winner Venture Capital, is an acceptor in the same race will be scratched.

“They won’t clash, she’s in at Wyong on Friday. She's a mare with nice ability and she trialled last Friday.  Yep, like them both and Commander Bell will be really hard to beat in his race.”

“All his runs have been solid this prep, honest, race fit with form in his right grade.”

Rebecca’s Quest also has prospects in the fourth event, primed by a recent Gosford trial and a Port Macquarie Maiden win.

Meanwhile, Partelle has rebuilt his health and his stables since a horrendous Wyong track accident in 2010 almost cost him his life.

He was trapped and crushed under a thrashing horse and suffered extensive serious injuries.  After intensive care, months in hospital and surgeries, Partelle recovered enough to resume training.

He spectacularly won the Wyong Magic Millions with Walking or Dancing late in 2010 and the Gold Coast equivalent with Torio’s Quest who also won the 2011 Queensland Guineas at Eagle Farm ridden by Hugh Bowman.

But ongoing health complications and dire financial straits saw Brett lose the majority of his substantial team, including Torio’s Quest. He almost phased out of training.

“Physically and mentally I just couldn’t cope and it destroyed us financially and career-wise. I had to let around 20 horses go.

“The only positive out of it, my fitness when the accident happened kept me alive.

“My body won’t ever be the same. At my age I get fatigued, but I’m mobile enough to manage a small team and these youngsters are the best I’ve had in a long while.

“So they’ve given me a reason to get out of bed for trackwork. But through it all, I’ve had amazing support from racing people, the Trainer’s Association and Racing NSW and I’m still having ongoing talks.”

On Tuesday in respective races, She’s My Girl will be ridden by Aaron Bullock, Commander Bell by Chad Lever and Bobby El-Issa is aboard Rebecca’s Quest.

At present Cessnock is a good 3 rating in fine weather.