"Bread And Butter" Horse To Bring Home Bacon At Taree

Godbolt said he has been frustrated in having the five-year-old draw outside barriers, her last when a gallant fourth at Grafton and then being scratched from Coffs Harbour last week when again she drew the visitor’s barrier.

“Most of her starts lately she has drawn badly and they don’t help her cause. She is a good, honest mare ... a real bread and butter horse,” he said. 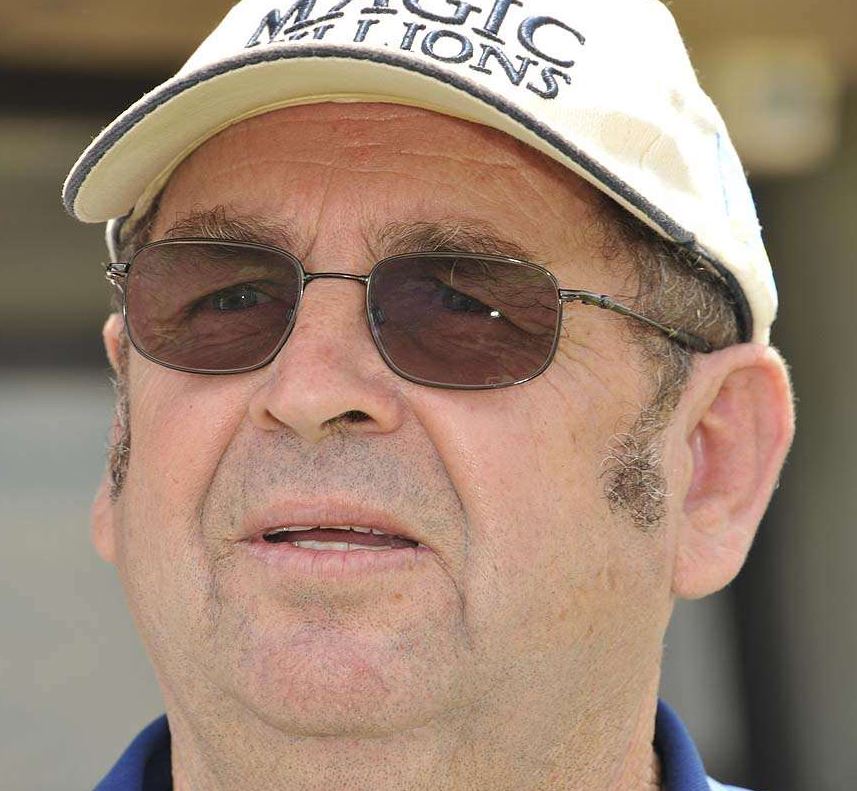 Ironically, Typhoon Bonny led most of the way from barrier 10 when scoring by 2.27 lengths over 1100m at Port on January 25 when notching her fourth win at her 20th start.

Since then she has been no further back than fourth in three starts at Port, Taree, and her last start at Grafton when 1.5 lengths behind plunge galloper Nosey, trained at Wyong by Les Tilley, over 1000m.

She will be stepping up to 1250m in the Adrian Owen Equine Vet Benchmark 66 Handicap at Taree but her record at the distance is eight starts for a win and six placings, five of those being at Taree where she has notched a win and four placings.

It is a very competitive race with some well-credentialled gallopers resuming, looking towards richer races whereas Typhoon Bonny has again drawn wide.

One of the chances is five-year-old Port gelding Tigers Image ($8.50), trained by Matthew McCudden, which was crowded at the start of a 1000m race at Taree’s last meeting on July 19 and lost about four lengths before running sixth behind Gosford flying machine Second Island.

The gelding worked strongly on Thursday morning and is back to a distance which two of its three wins have been posted at the track. Tigers Image has only had 12 starts for three wins and three placings and is promising.

Last start winner over 1212m at Port, six-year-old gelding Twelfth Raj ($4.80), trained at Tuncurry by Terry Evans, has pulled up well and also has two wins at the track, three at the distance.

“He is a very sound horse; he has no issues and up to 1300m is probably his best distance,” Evans said.

The return to racing of six-year-old local mare Lobban Hood ($9), trained by owner-breeder Robert Barnes, in the McGrath Meats Benchmark 58 Handicap over 1000m, could be a winning one.

Barnes had specialist equine chiropractor Ken Butler from Newcastle, look over the mare last Friday and the diagnosis was “comforting”.

“She is better than ever, has freshened up and usually goes well first-up. She has won with 59kgs (four of her five wins have been here at the distance) and four of those wins have been for apprentice jockeys. She is a nice, easy horse to ride,” Barnes said.

Up against her is Godbolt’s three-year-old gelding Just Sizzling ($9) which has had a win and a third at its past two starts and will be ridden by Brooke Stower who had a winning double at Coffs Harbour last week. “He has been honest but I hope the distance is not a tad short,” Godbolt said.

One of the better bets on the card could be five-year-old mare Natural Image ($6.50), trained on the track by Ross Stitt, in the Tabcorp Class 2 Handicap over 1250m. Stower has been snapped up for the ride, Stitt saying the mare’s “form is good".

“She was held up last start at Grafton (1100m, July 14) and was beaten only a length when third,” Stitt said. Five starts at Taree at the distance has resulted in a win and two placings.

Manning Valley Race Club's executive officer, Helen Sinclair, said: "We have some very competitive fields and with a good 3 track, we are looking forward to an excellent day of country racing.

"The course is in superb condition and this is the last race meeting before the Taree Cup Carnival [16 and 18 August] with the Stacks Law Form Taree Gold Cup running for $100,000 for the first time, and the introduction of the Kennards Hire Country Magic race for $50,000,” said Sinclair.