Coffs Harbour – home of the Big Banana – hosts a massive week of celebrations with a golf day and live radio show in the lead-up to Thursday’s Gold Cup Country Showcase Day that boasts more than $430,000 in prizemoney. 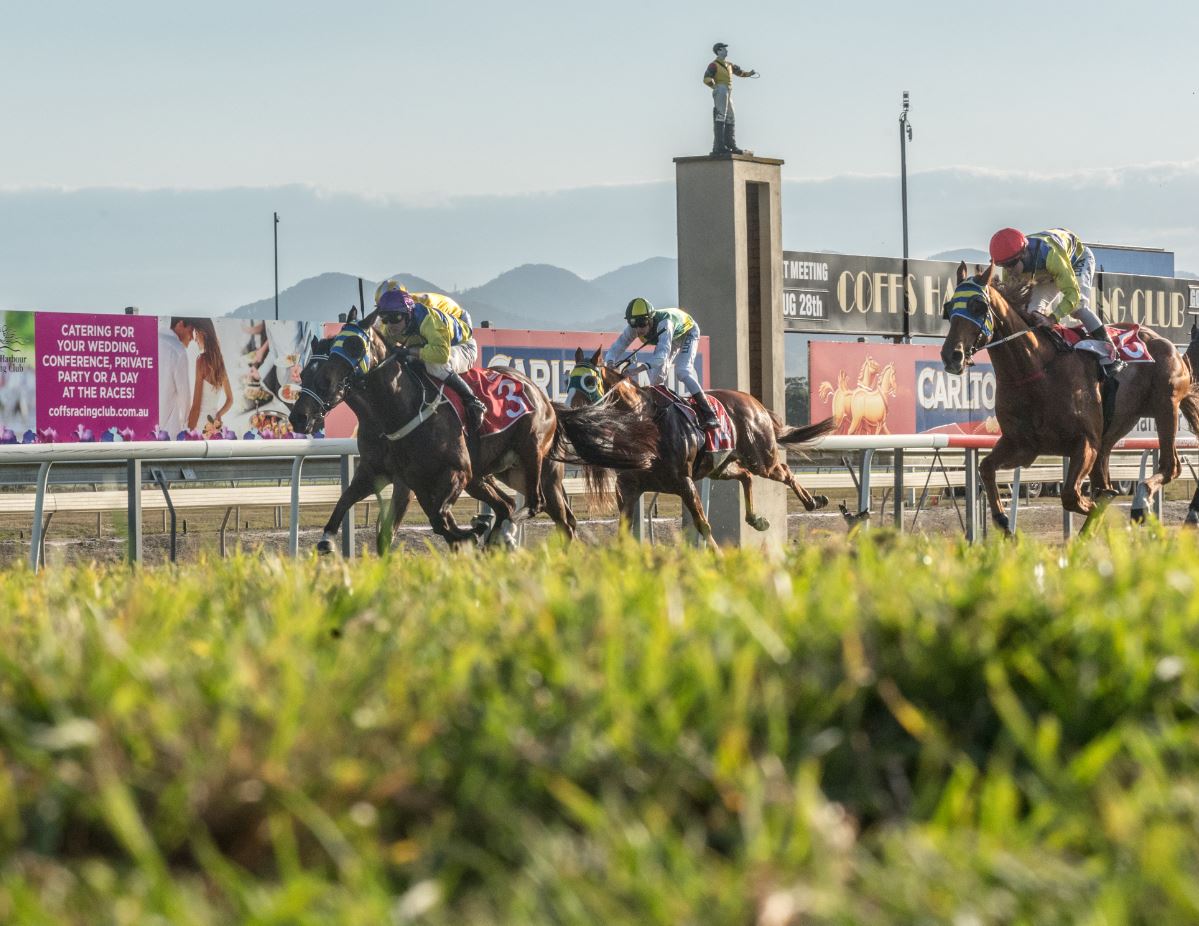 Then from 5:30am on raceday, league legend Laurie Daley and Terry Kennedy broadcast their Big Sports Breakfast radio program on Sky Sports Radio live from the track.

“It is going to be a fantastic couple of days with plenty of entertainment planned,” said Coffs Harbour Racing Club’s chief executive, Tim Saladine.

“And the Park Beach Plaza Fashions on the Field gets bigger each year.”

Originally from Armidale and a former Racing NSW steward, Saladine was racing manager at Coffs for a number of years before being promoted to the top role.

“We will be the first country meeting that benefits from Racing NSW’s additional funding for 20 feature racedays, with our Cup receiving a massive lift from $80,000 to $150,000,” Saladine said.

“And after Thursday’s Cup day we finish off the week with Bonville Golf Resort’s Bonville Cup meeting on Saturday [3 August].

“By creating a ‘Festival of Racing’ we are confident of attracting as many visitors as possible to Coffs which will flow on to local businesses and accommodation.”

Connections of Cogliere will be hoping to turn the tables in the $80,000 Carlton Draught Coffs Harbour Gold Cup (1600m) after finishing third to Bodega Negra and American Diva in the South Grafton Cup on 7 July.

All three gallopers have been nominated in an excellent list that includes horses from the stables of Chris Waller, Kris Lees, Jason Coyle and Clare Cunningham.

Carlton Draught’s sponsorship of the Gold Cup continues its long-standing association with the club – a partnership which is as close as you can get.

“Carlton’s local office is actually on site at the track and we are indebted to area manager Brett Butcher and his staff for their ongoing support,” Saladine said.

“The national brewing company has sponsored the Cup for at least two decades.”

A high-class group of jockeys is expected to head up to Coffs including Hugh Bowman, Tommy Berry and Glen Boss.