Mudlark's Fate Likely To Be Determined By Ballina Surface

Brisbane trainer Pat Duff expects his track specialist Super Freak to be hard to beat again when she returns to Ballina on Friday but admits he doesn’t want to see the track dry out too much over the next 24 hours.

Her only other Ballina run was in November last year when she resumed for a close second to My Cousin Steve when she would have won in one more bound.

Duff thinks she can maintain her excellent record at Ballina when she tackles Friday’s XXXX Gold Benchmark 66 Hcp (1010m). 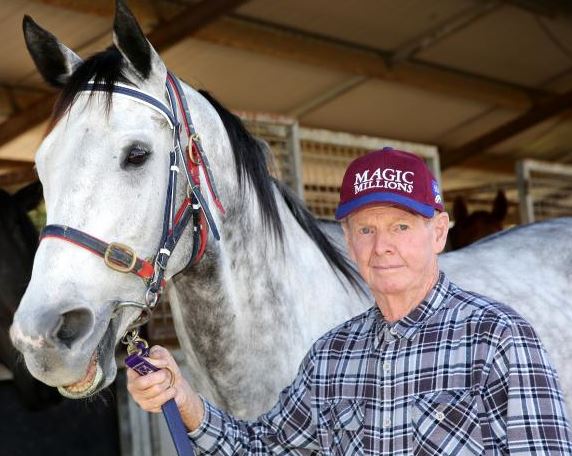 “She certainly loves the Ballina track and I expect her to be hard to beat again, but she is a real mudlark and her fate could be determined by the weather down there,” said Duff, who is based at Deagon.

“They are expecting showers at Ballina today (Thursday) and that would be ideal from my point of view.

"The more rain the better for her. As long as the track stays in the soft range or even got back to heavy, she should race very well.”

The Ballina track was downgraded from a soft 7 to a heavy 10 on Thursday afternoon.

Super Freak has been racing very consistently since she returned from a let-up in May, winning twice and being placed another two times from her past six starts.

Her only two recent unplaced runs were a close fourth to Tambo’s Mate at Doomben three runs back on June 19 and a ninth over 1100m at Gatton two runs ago on July 4 when she struck early trouble and was trapped four-wide without cover.

“She’s been racing really well and really her only disappointing run recently was at Gatton where she just had no luck,” said Duff.

Duff’s only other runner on Friday is Devillain ($11), who runs in the Benchmark 58 Hcp (1310m): “She’s been racing consistently and is in with a chance, but she’s in the same boat as Super Freak and would need a soft track,” he said.

Robbie Fradd returns to the saddle on Super Freak on Friday, with Ron Stewart, who partnered the mare last time out at Ballina, taking the mount on the Coffs Harbour mare The Eulo Queen ($4.20).

The Aiden St Vincent-trained The Eulo Queen also boasts a good record at Ballina, winning both her previous two starts at the track.

General Nelson ($6.50) also lines up in Friday’s race, resuming since April. He is yet to win from five previous first-up runs, but is rarely far away on his home track at Ballina.

Robbie Fradd could be in for a good day at Ballina. Besides his mount on Super Freak, he will also partner several other key chances on the eight-race program.

The Matt Dunn-trained Leshrac looks particularly hard to beat, resuming in the 2YO Maiden Plate. The son of Rubick wasn’t beaten far in two Brisbane runs prior to a break and has trialled nicely for his return to racing on Friday.