A former professional fisherman – now horse trainer – hopes to land an overdue catch when he heads to Ballina on Friday with Light Motion.

The Shane Everson-trained gelding was luckless not to have grabbed the major prize when runner-up during the Grafton Cup Carnival.

Light Motion was near last and had to navigate a wide path yet stormed home out wide to be beaten a nose by Waiheke Island in the John Allen Memorial (1700m). 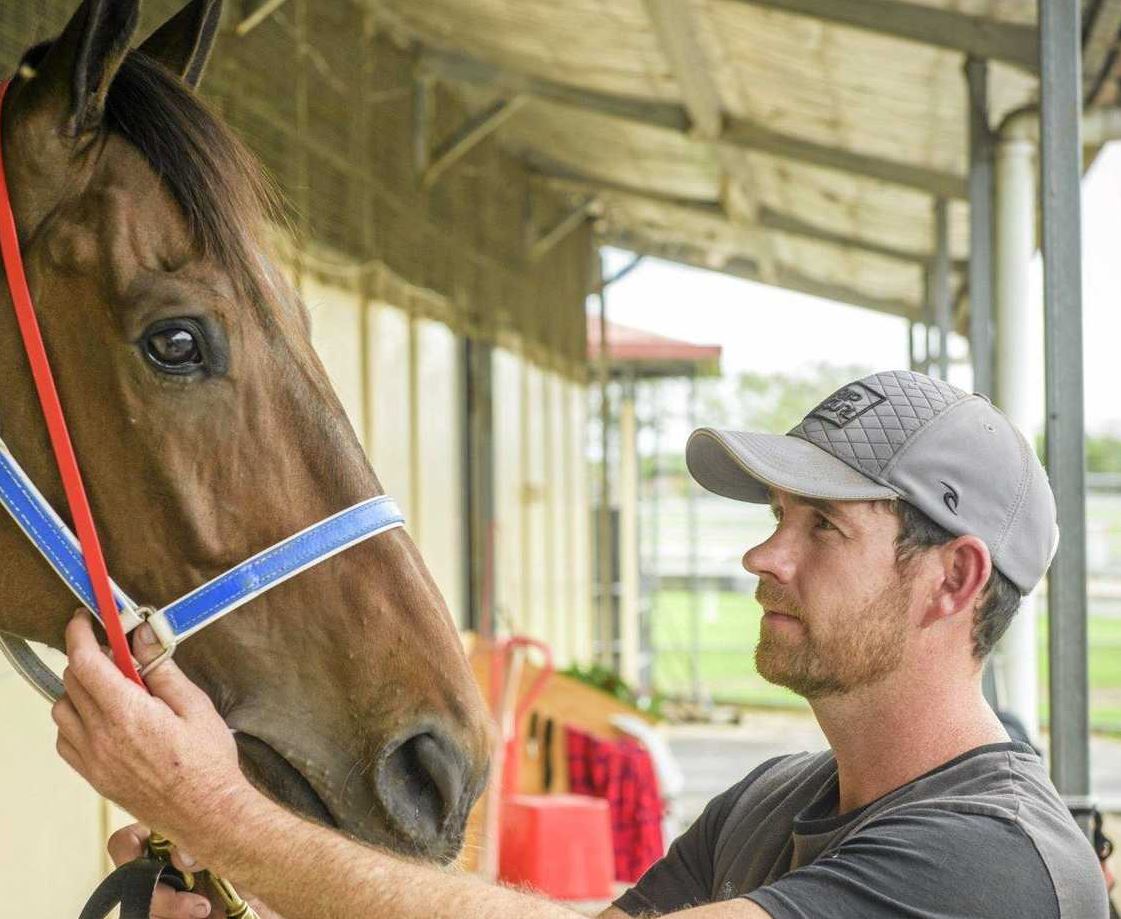 Grafton trainer Shane Everson: "Racing is in my blood." Image by Adam Hourigan

“Yes, he should have won but he’s a funny horse and is hard to ride,” Everson explained. “He gets back early and has no pace, so it makes his job so difficult.

“If they go fast he gets off the bit and doesn’t travel; he relies on tempo and likes to pull himself into the race on his own.

“But we absolutely adore him, he’s such a nice horse to work with.”

Everson, 36, spent some time as a river fisherman, setting crab traps as well as catching fish.

“At the time it was good money … better than being a horse trainer!

“But racing is in my blood, so I always wanted to get back into it. My pop is Peter Cleal [Tamworth trainer] so I went up and spent time with him.

“I then moved to Grafton and spent time with John Shelton who taught me a lot.

“I’ve now had my licence for around ten years and a horse called Starlist helped me along, he was a really good honest horse.

“I tend to get hand-me-downs from other trainers but love what I do. I still ride work occasionally.

“Olivia [Pickering] is my apprentice and she rides all the work, but I occasionally jump on one that may muck up or pull too hard.”

“He’s rock-hard fit and should go well. He’ll then head to Port Macquarie for an 1800m race in a few weeks’ time [Thursday 8 August]. For some reason, he loves Port Macquarie and has won three races there.”

Everson will also be represented at Ballina by Cristal Caz in the $22,000 Maiden Handicap (1000m).

“She’s only little but has come back well, having had a long spell,” Everson said. “She’s fairly speedy so the 1000m will suit.”

Friday's meeting is the last of Ballina’s Winter Carnival and Ballina Jockey Club’s GM, Matthew Bertram, said it should be a great day’s racing.

“While the two Matthews [Dunn and McGuren] have unassailable leads in both the NRRA trainers’ and jockeys’ premierships, there is still a lot of interest in the minor placings.

“From a Ballina viewpoint, this meeting would normally be our last before Cup Day, which is traditionally run in the first week of September.

“However, this year we have made a major change to our programming with the Ballina Cup moved to Friday, 17 January 2020 with the view to take advantage of the vast numbers of locals and tourists who are in the region for summer holidays.”