Filly With Form Behind Slipper Winner A Standout At Taree

Local boom filly Oh So Hot and the Mid North Coast’s premier jockey Andrew Gibbons, favoured to add to his 130 wins this season, should be highlights at Manning Valley Race Club’s TAB meeting at Taree on Friday.

Oh So Hot’s De Bortoli Wines 2YO Maiden Handicap over 1250m is full of intrigue with rivals coming from trainer Ciaron Maher & David Eustace’s stable in Sydney, Nick Mitchell’s yard at Gosford as well as a host of provincial mentors.

But it is Taree trainer Ross Stitt, he an owner with Doug Maclean, that $32,000 purchase Oh So Hot which has promised so much and is ready to show its worth. 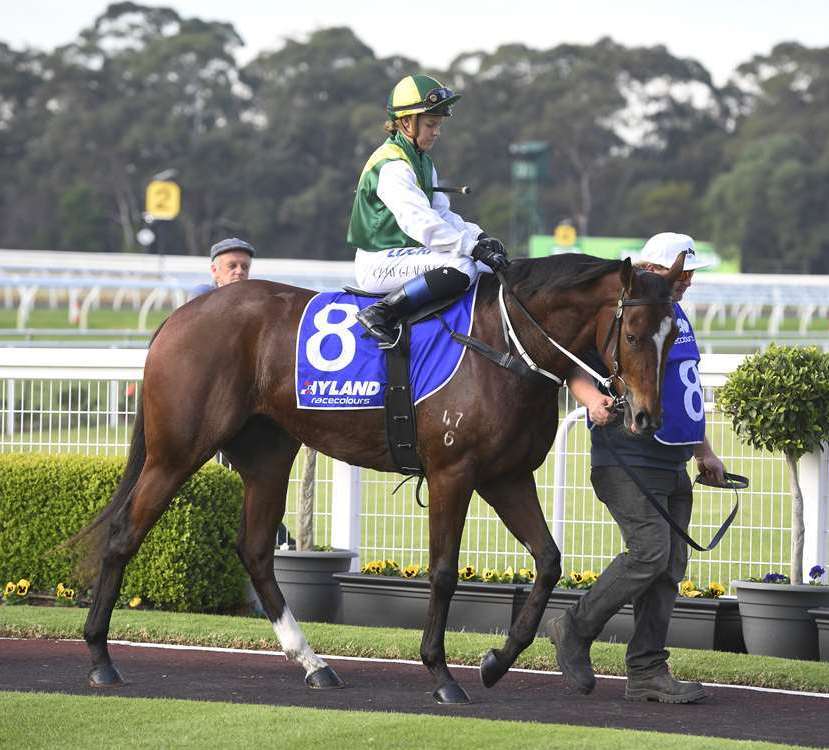 Oh So Hot with Cejay Graham aboard. Image by Bradley Photographers

Three starts from a spell, the latter a close, unlucky fourth at Grafton, has the filly primed to live up to early expectations.

That included beating home Exhilarates in the race won by Kiamichi, both going on to win races worth more than $2 million.

Oh So Hot, like her trainer, has had a spell due to a knee problem and after three runs this campaign is poised to win.

Stitt is bullish about her chances but he, having to meet a nurse for physio after having a knee reconstruction on June 18, is continuing this and is unlikely to be trackside for the filly’s race.

“She can win without me being there,” he said. “A repeat of what she did last start (close fourth at Grafton) and she should win,” he said.

Dangers could be Rumshaker, trained at Gosford by Nick Mitchell, Cerinthe Belle, a mount for Gibbhons for Newcastle trainer Kris Lees and Lola Mae from the partnership headed by Ciaron Maher.

As for Gibbons, he could have multiple winners as he heads to his target of 140 for the season ending at the end of this month.

He and his boss trainer Kris Lees from Newcastle have the Mid North Coast Racing Asociation premierships as jockey and trainer in their keeping and they cannot be denied in adding to their tallies.

Both are running second in NSW statistics but it is Gibbons who could star at this meeting with big hopes in all eight races.

The 41-year-old with son Dylan, ready to follow in his footsteps by turning 18 in October, and with 10-year-od Ryan, is confident of a big day at Taree.

Here is what he said about his mounts in race order.

So what is it that Gibbons likes about coming to the Bushland Drive Racecourse at Taree. “I have had a few winning trebles and doubles because Kris places his horses well for advantage.

“The track is one of the best to race on and my ambition is to keep up my good form,” he said.