Nowra journeyman Richard Butler is on the money often enough in rare forays to town, and when it comes to identifying talent and race planning, he counts himself fortunate to have been educated by some of the best.

Riding trackwork for his small team, including flying filly Moonshine Lady, into a TAB Highway at Royal Randwick on Saturday, Richard’s passions were ignited as a young stablehand and rider for the Shoalhaven’s renowned Robinson racing family.

Butler’s career expanded through several years in Hong Kong riding trackwork for leading stables and he doubled as a barrier attendant at Happy Valley and Sha Tin. 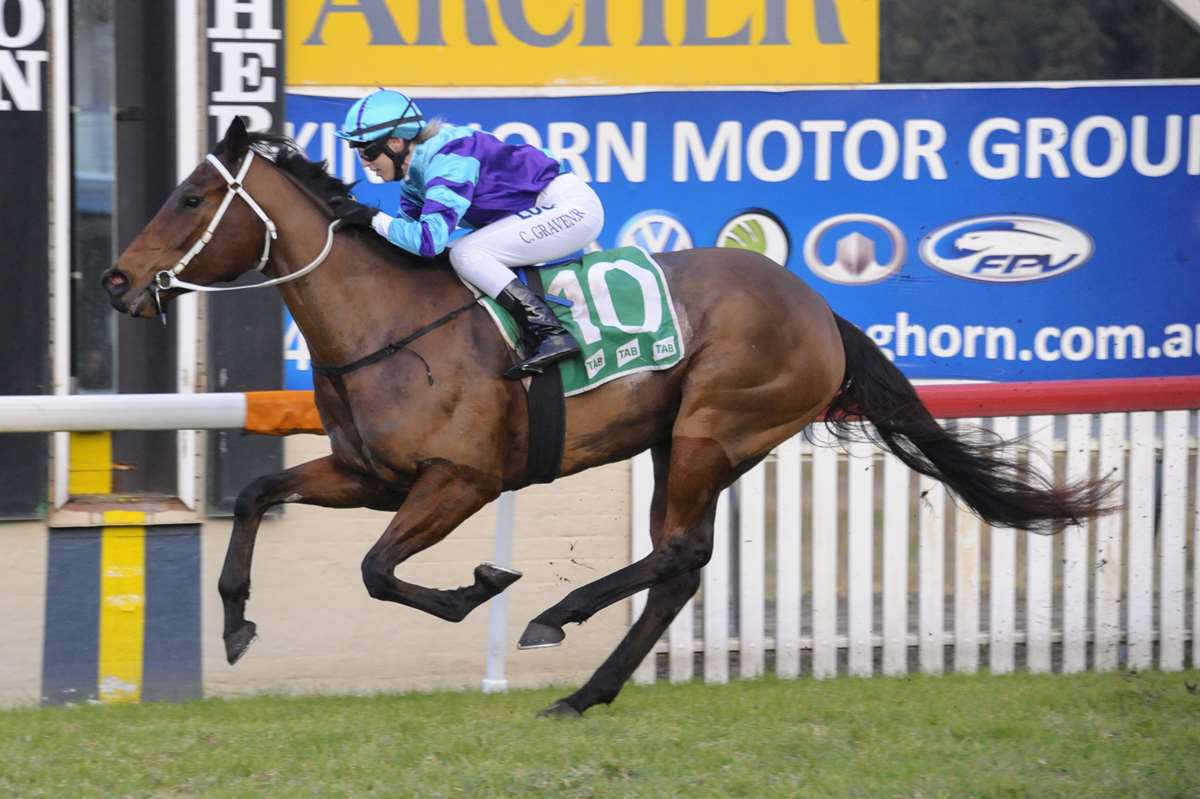 She’ll be ridden on the 53kg limit by Kathy O’Hara and has already been heavily backed from $15 into $10 on TAB fixed odds.

Moonshine Lady astounded both Butler and an extensive racing audience when she gave a spectacular exhibition of low level flying to win by seven lengths over 1100m on a heavy 10 at Nowra recently.

However, she won’t get the same track conditions at headquarters against stronger opposition, but it was still surely a gold medal performance.

“Obviously she’s up in grade, but she’s won on firm so there’s versatility for a filly so lightly-raced,” Butler enthused.

“She’s a lovely-actioned jump and run filly. I’ve always ridden my own work, that’s the most reliable gauge.

“This filly can be a lazy worker. But when they give you a feel of confidence, they’ll generally bring it to the races. She’s thrived since she came from up north and that big win. She deserves at crack in town.”

Butler always had the desire to follow the Robinsons into race training: “I’ll always be grateful them giving me a start and I still ride the odd one in work for them.

“I always wanted to train rather than be a professional jockey; I planned to get experience overseas and bring it back home. I kept looking for work opportunities, eventually landed a job in Hong Kong.”

At a time when Australians John Size and previously John Moore were prolific premiership trainers, riding work and on barrier duties, Butler was in close proximity of the riding elite,

Butler zoned in daily on their liaisons with the Hall of Fame trainers. At track work and raceday, Butler listened and learned. At the barrier, Richard ushered the finest jockeys and horses.

“Amazing education, and I was lucky enough to come back with John Moore for a Caulfield Cup campaign some years back.”

On Saturday, Moonshine Lady, is appealing weighted on the limit for Kathy OHara.

“When she won the way she did, we set her for a Highway rather than another race at the provincials. That prizemoney compared to the same grade in the bush.

“When they’re still developing and in the zone, who knows how far they can take it?

“You don’t come all the way to Sydney against strong stables half-hearted and hoping.  You’ve got to believe they can win or it’s a waste of time.

“Getting a class act like Kathy who can ride at that weight is a bonus.”

Butler won a TAB Highway in January with Snip of Cyndy and won at Warwick Farm with Good Weather some seasons back. “For country owners and trainers, the Highways series is a marvellous day on the big stage.”

Moonshine Lady was originally trained on the northern rivers.  She won her maiden at Ballina for leading local Stephen Lee and then after the one prep the owners sent her to Butler.

“A while back, I had some luck down here with the same owners that had been racing one in Queensland without much success.

“She drew wide at Nowra and still led on her ear. So I don’t think any barrier or track conditions are an issue.

“But we’ll all know a lot more on Saturday. I’ve been checking the forecast, don’t suppose we will be lucky enough for more rain,” Butler chuckled.

At present headquarters is rated a soft 7 in fine weather.