Trainer Tony Newing and jockey Matt McGuren have been been a force to be reckoned with at Grafton this month and could end the carnival with further success at Sunday's Maclean Cup meeting.

The Gosford-based Newing has won four races from his six runners spread over the past three Grafton meetings, all of his winners partnered by McGuren.

They took out the Grafton Guineas Prelude on June 30 with Charmed Princess, who then came out at Wednesday's Ramornie Handicap meeting to also land the $80,000 Grafton Guineas (1600m).

Newing and McGuren also combined with Animal Kingdom filly Tainted Affair at the June 30 meeting, and with In Fiore, who scored a comfortable win a Maiden at the July 7 meeting. 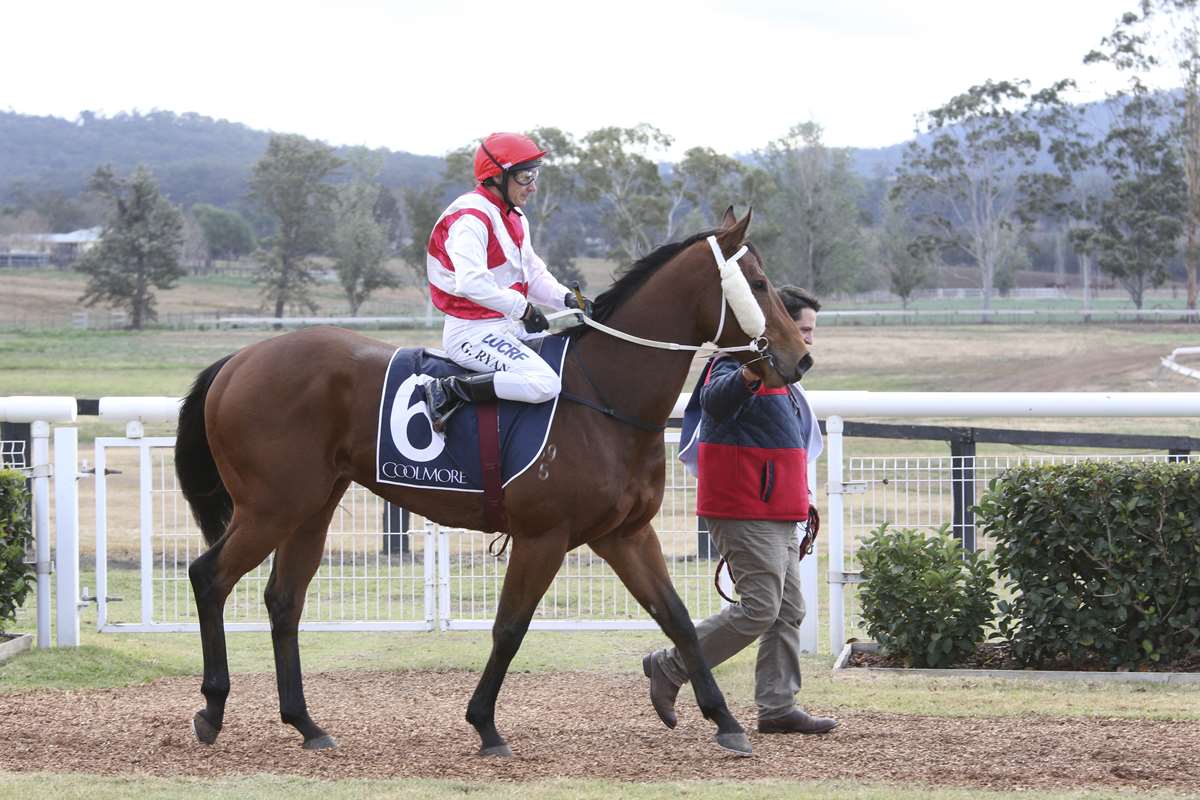 "We've certainly had a pretty good run at Grafton lately, highlighted by the Guineas win with Charmed Princess on Wednesday," said Newing.

"I also won three races at last year's (Grafton) carnival and I think about nine races in all at Grafton over the last year or so, so it's been a great track for us.

"Matt's been riding for me for about two years and I think we've probably won about 50 percent of the races when we've team up."

Newing expects the last-start winners Tainted Affair and In Fiore to both race well again.

The trainer has only had In Fiore for his past two starts. He was formerly trained at Scone by Brett Cavanough and he was sold and joined Newing's yard after a major flop at Dubbo on May 5 when he was beaten about 28 lengths when last of 14 in a 1600m Maiden.

At his first run for Newing, In Fiore ran third at Scone over 900m on June 24 before winning his Maiden over 1110m at Grafton on July 7.

"I'm not sure what happened in that Dubbo run for Brett three starts back, perhaps he just didn't run out the 1600m - I don't think he'll ever get 1600m. But his two runs for me have been very good," said Newing. "He's drawn well (barrier one) on Sunday and should race well again."

Newing is wary of rival Tan Tat Nova in the Benchmark 58 Hcp (1700m) but expects Tainted Affair to acquit herself well again.

Tainted Affair fought on gamely when challenged at the end of the 1610m last time out at Grafton on June 30 and will be spot on for the 1700m on Sunday.

"She was jumping from 1200m to 1600m at her third run back last time, so she'll strip a lot fitter for this 1700m race," said Newing. "She should race well again, but I am wary of Paddy Cunningham's horse Tan Tat Nova who definitely looks the one to beat in that race."

Tan Tat Nova is chasing a winning hat-trick on Sunday after posting back-to-back Benchmark 58 wins at Coffs Harbour on June 21 and at Grafton on July 7.

Newing is happy to have the 'accident-prone' Horora Vel finally back racing when he resumes from a long break in the Maiden Plate (1100m). The Golden Archer gelding has not raced since his debut second to Onida at Dubbo in May of 2018.

"He's had no serious issues, he just seems to be a bit accident prone and if there's something going around, he'll catch it," said Newing.

"He's got ability, but his condition may just tell in the final stages. And my other runner, Charging Clear, tries her heart out but unfortunately doesn't have a lot of ability."

Evopex is coming off a last-start eye-catching second to Malea Magic in the John Carlton Cup (1200m) at Grafton on June 30. Malea Magic then ran a creditable race in Wednesday's $160,000 Listed Ramornie Hcp (1200m), finishing less then two lengths from the winner Havasay.

Jockey Ben Looker can also cap off a big week at Grafton when he partners Cool Prince in the Maclean Cup for local trainer John Shelton. Looker had a career highlight when he landed Thursday's $160,000 Grafton Cup (2350m) on New Zealand stayer Sacred Day.

Cool Prince hasn't fired in three runs this time in over 1000m and 1200m, but stepping up to 1400m and the prospect of getting back on a firm racing surface, are the keys to an improved showing from the six-year-old who put together for straight wins on Northern Rivers tracks at the end of his previous campaign.  Cool Prince has also won three times over the Grafton 1400m.

The Craig Martin-trained Present Sense and the Scott Cummings-trained Landmarks are both striving to land the Maclean Cup after running second in the race in the past two runnings. Present Sense ran second to Cash Spinner in 2017 Maclean Cup while Landmarks was runner-up to Zamex last year.