In a perfect world, trainer Wayne Carroll would love to have a stable full of thoroughbreds like Fashion Tip.

“What you see is what you get with her every time,” Carroll said ahead of Fashion Tip’s start in the Open Handicap (1300m) at Wagga on Monday, where she is the $4.40 favourite on TAB fixed odds.

“She is a courageous little horse who always gives her best.” 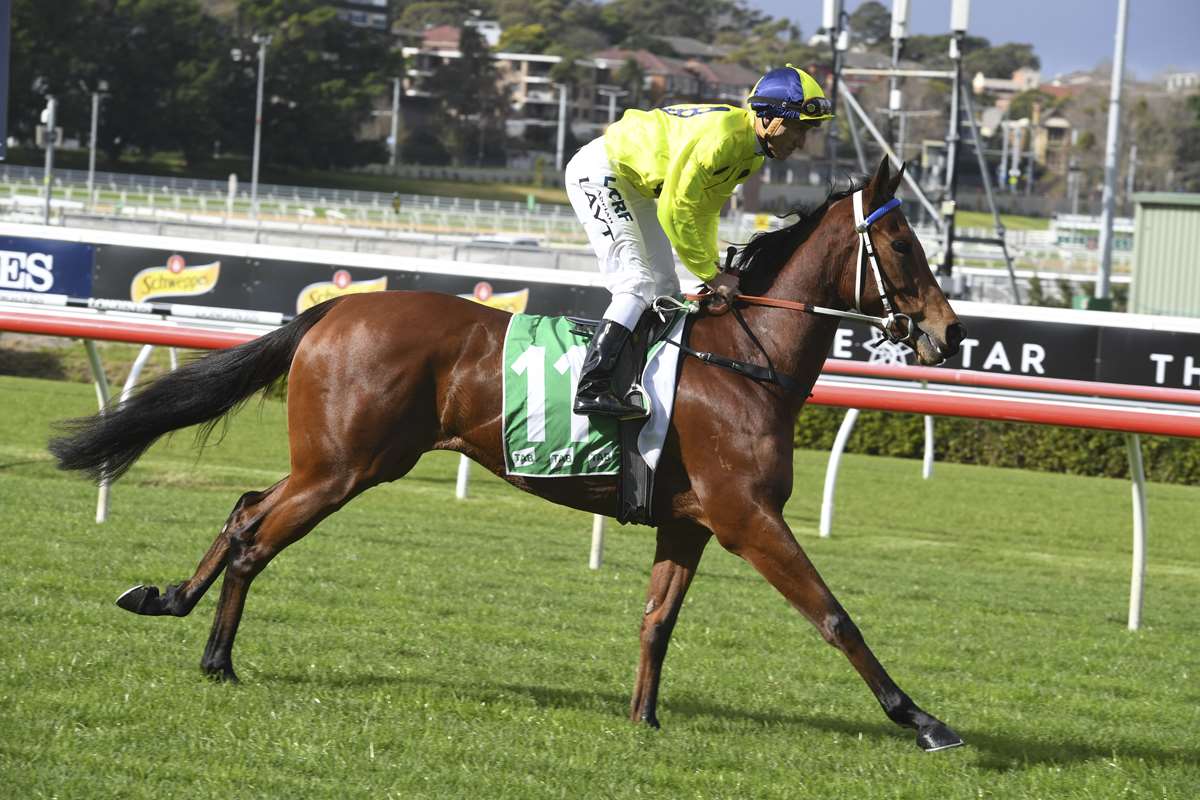 Fashion Tip (Adrian Layt) - is expected to perform well on her home track of Wagga Wagga. Image by Bradley Photographers

Carroll said he has had horses with more ability than Fashion Tip, but he has a liking for the mare because she gives 100 percent every time.

Fashion Tip produced one of her best runs when a half-length third in a Highway Handicap at Randwick at her latest start over 1200 metres on June 22.

The four-year-old has found the right race back in country grade to be competitive despite the step up to open grade.

From 21 starts, Fashion Tip has only won three times but she has been placed on eight other occasions.

She drops to 52.5 kilograms after the claim for apprentice jockey Josh Richards and also has the advantage on the inside rails barrier.

Carroll was contemplating another Highway start, but when Fashion Tip drew well at Wagga and was back against country class, albeit up in grade, it was too good of an opportunity to let it go.

“I didn’t want to take her back for a Highway and if she happened to draw the outside it wouldn’t be good for her when she can start at her home track and she has drawn one,” he said.

“It is the right distance range for her so it’s the best option.”

Toorak Cowboy won at his first start for Widdison at Wagga on June 4 and will be improved by the start which was his first for several weeks.

Wyangle has metropolitan and Victorian provincial form on his side and also has the benefit of one start back from a spell at the Swan Hill carnival in June.

My Maher ($6.50) has been close-up at her past four starts and is nearing a win and won’t be lacking an inch in race fitness.

She only has the one win from nine starts at Wagga, but her recent runs have indicated she can be a force in a race of this nature.

Meanwhile, trainer Tim Donnelly will be keen to see the return of debut winner Jodhpur ($4.20) in the Benchmark 58 (1000m). Jodhpur was an impressive winner at Wagga in May of last year and was sent for a lengthy break before returning with a trial second last month.

The well-bred galloper rises in class against some handy types including Galaxy Force ($3.20 fav) which won his maiden at Corowa in March by almost four lengths.

Sizzleonthebridge ($6) won at his second start for new trainer Rodger Waters at Narrandera last month and is another horse who will be well fancied.

The race is named after Southern District Racing Association chairman of stewards, John Davidson, who will shortly depart Wagga to take up a position with the Singapore stewards.

Davidson will officiate at his final regional meeting today. Wagga’s track for the eight races is rated as a slow five with some light rain forecast.