Tamworth Race Should Be A 'Cracker' On Friday

Winning trainers can expect a magnificent turkey with their winning sash Friday on a day that has drawn 149 nominations for eight races. 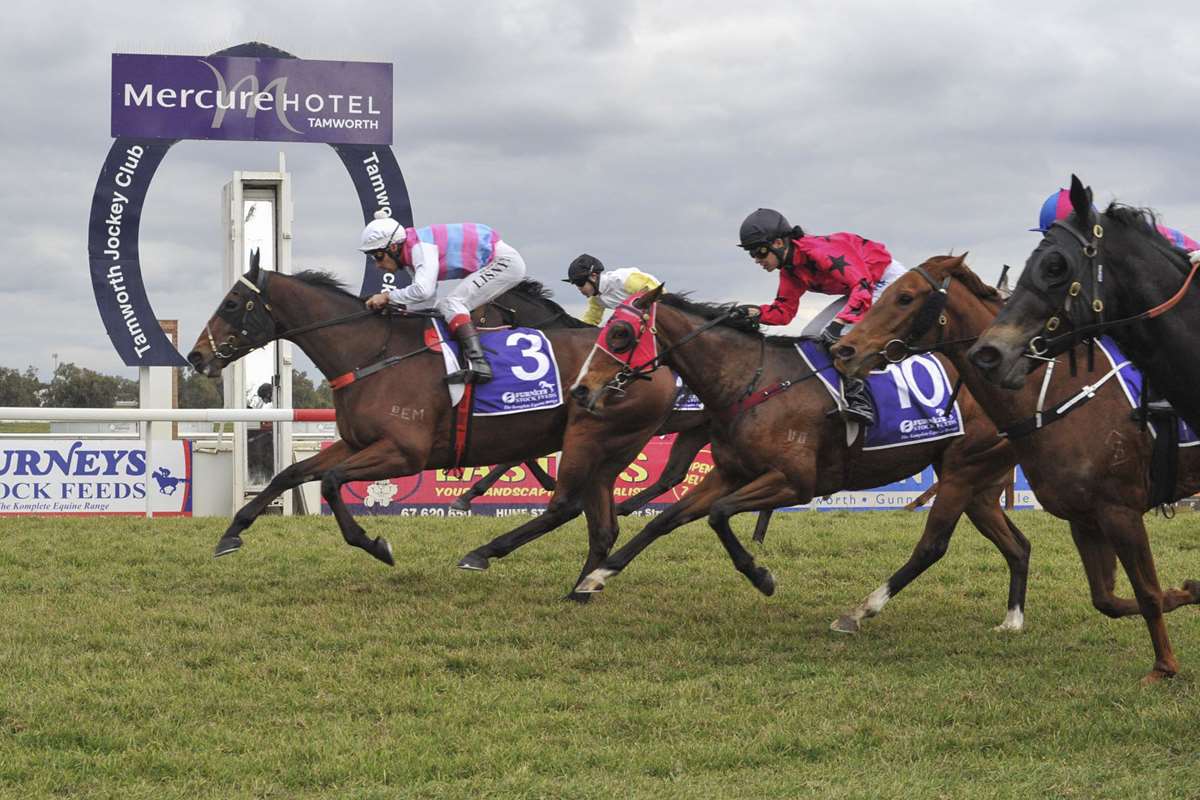 There'll be some great racing action at Tamworth this Friday. Image by Bradley Photographers

TJC general manager, Mitch Shaw, said nominations for the Benchmark 66 1200m have been extended until 11am on Tuesday as well.

“We did the same last Friday,” he said of that day’s Benchmark 66 Handicap. “It was a good race too. Hopefully, it will turn out the same this Friday.”

Mitch Shaw said the prospect of finishing with 150 plus nominations was pleasing and promising.

“It’s a great response considering the amount of racing out here. We’ve got Muswellbrook racing today, we raced last Friday and Gunnedah also race next Monday.

“The B66 field is going to be a cracker of a race. There are four or five last start winners nominated.”

Trainers from all over have nominated including Scone’s Stephen Jones, who won the Horsepower Handicap (1280m) at Muswellbrook’s Skellatar Park with Herzogovina today.

The six-year-old gelding, a son of All Too Hard, led and won impressively. It was his third career win and second from two starts back this campaign.

Jones said Aaron Bullock rides the gelding “well” and the talented jockey had a bit of work to do early on the hard-going gelding early in the race.

“There was no speed on early,” Aaron Bullock said. “He was too good for them. He’s got a lot of ability and is going to make a nice horse.”