'Mighty Max' To The Rescue At Corowa (Tuesday)

Applaud an enduring bush marvel with the resilience of an outback barbed wire fence.

At a phenomenal 96th race start, Riverina’s Gentleman Max is in vintage form and value striving for a winning treble at an attractive Corowa TAB meeting on Tuesday.

This is no veteran winding down for the comfort of a retirement paddock. 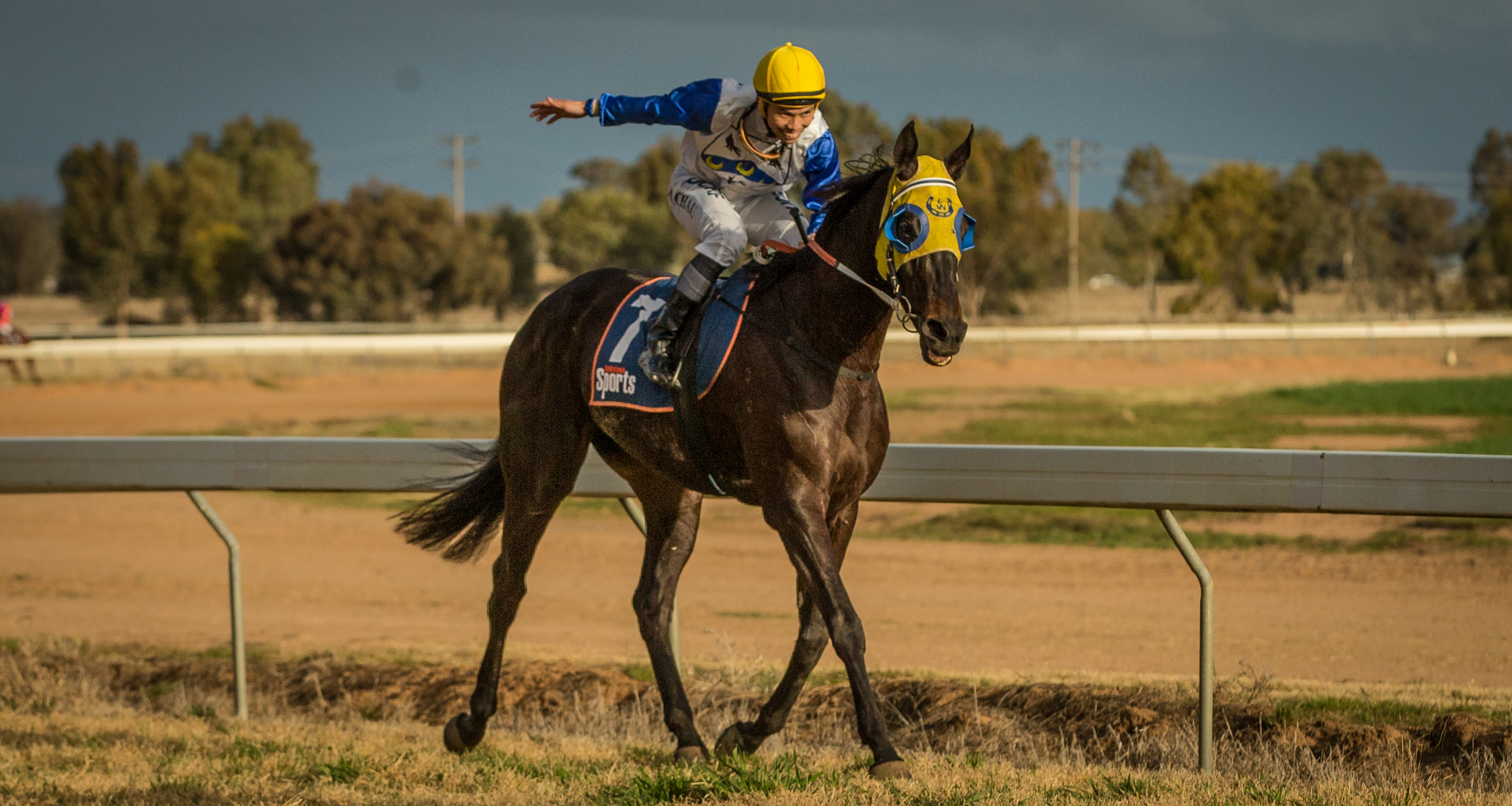 At six-years of age, “Mighty Max”, has accumulated the phenomenal record of 12 wins and 40 placings.

With success from 1000m to 2000m, the warrior remains airborne with decisive wins recently at Albury and home track Wagga Wagga. And mind you, both inside a week.

“He just loves to get out there and run - in work or the racetrack, thrives in the company of other horses and people,” trainer Trevor Sutherland explained.

"He loves his racing, has the perfect temperament and a great doer.

“What has always worked is he races generally three times a month and we spell him most of summer when the weather can be taxing.

“If he has too much time off, he gets away on you and can race flat. Obviously, he’s got that tough constitution - has been as sound as a bell all his racing career.

“If he wasn’t, we’d do it differently. The proof is in the pudding, he’s never raced better.

“He can certainly win again, especially if there’s rain, we all know that.”

When they talk wet trackers, Gentleman Max is up there with the most proficient nationwide in Listed sprinter Jungle Edge. And nobody understands that better than Sutherland.

“I had Jungle Edge for a good while, I couldn’t get him going right, but I rode him and Gentleman Max in work.

“They absolutely grow a leg with some give in the ground, best wet-trackers, you’ll ever lay eyes on.”

"But that doesn’t mean they can’t perform on firm tracks and have issues. They just go to another level in their comfort zone with give in the ground.”

Gentleman Max has won nine races on genuine heavy tracks and the rest on soft.

If Sutherland was superstitious he’d hang an umbrella on his stable gate: “Yeah, looking at the clouds, there's some chance we might get a drop and that would suit both of mine.”

“She’s taken time this prep but I’ve got her going the best she has in a while.

“Since she won a Snake Gully Cup and ‘1000m’ was too short for her last start, she's now out to a suitable trip.

“They’ll both run well, but Gentleman Max has the superior race form. But it’s as tough an open as it’s been here in a while, a few dangers, I’ll tell you.”

Gypsy Miss won an impressive five in a row at the regionals, including the Leeton Cup before she failed in tougher grade at Canterbury Park.

She is attractively weighted, her 56.5kg reduced by promising Tyler Schiller’s 3kg claim.  Tyler has won on her twice.

Kaching is well-graded back from a Moonee Valley placing and in the minor money at Bendigo.

Similarly, Squidensquizz drops in weight after lumping around 60kg for Bendigo and Swan Hill placings.

At present Corowa is rated a soft 7 track with overcast conditions.

Sutherland is hoping overcast is the most promising sign for “Max” as the century of starts looms as a formality.