The winner of Sunday's John Carlton Cup at Grafton earns a slot in the upcoming Ramornie Handicap but trainer John Shelton is unlikely to head towards the time-honoured Listed sprint with Tarbert, if that opportunity arises. 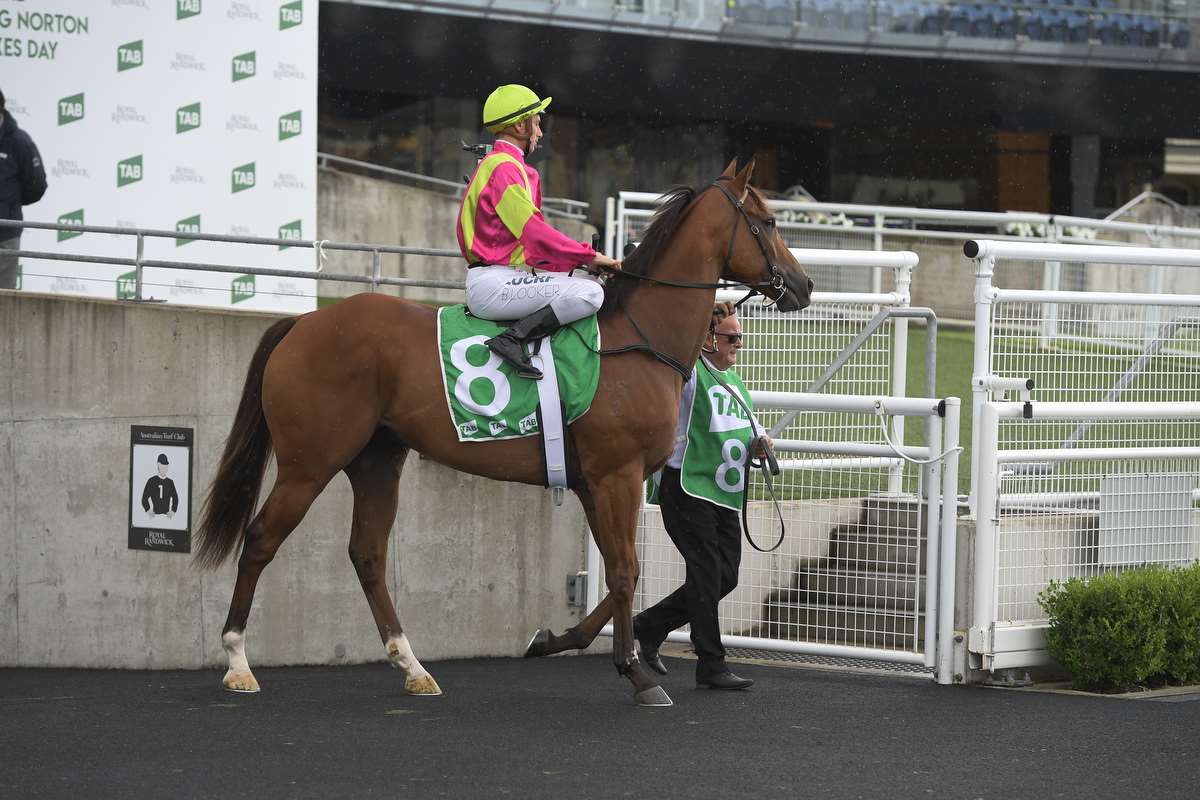 Tarbert and Ben Looker head out to race at Royal Randwick. Image by Bradley Photographers

Winner of three of his first 19 starts, Tarbert hit a purple patch of form in his seven runs for Shelton, winning four times and finishing second on two occasions.

Three of those wins were at Coffs Harbour, including the Pink Silks Cup (1200m) on January 13 and the Trevor Hardy Sprint (1206m) on February 24.

Shelton then spelled him after his seventh behind Desert Lord in a Benchmark 78 over 1400m on the Kensington Track on March 6 after a tardy start.

"Hunter told me I'd win a few races with him and he was right - he was in terrific form before a spell," said Shelton.

"He just got beaten first-up at Grafton (behind Camillo on November 19) then won four of his next five starts. His only unplaced run was when I took him town (Sydney) and not a lot went right.

"He's had a couple of jump outs and I'm very happy with him going into this Sunday's race first-up. He's never raced on a heavy track before, but he's won in soft ground and is a pretty versatile horse."

The Grafton track was rated a heavy 8 on Friday morning with some further rain forecast for Saturday.

Shelton went close to winning last year's Ramornie with Belflyer (subsequent The Kosciuszko winner) just going down by about half a length to Havasay, but he doubts Tarbert is up to winning a race of that quality.

"If he did win on Sunday, I'm not sure he'd go to the Ramornie - I think he's probably a couple of lengths below that class of sprinter.

"But we'll see what happens on Sunday and I'll have a chat with the owners. He does go very well at Coffs Harbour and I think the Daniel Baker Sprint will be a more suitable race for him."

The $39,000 Daniel Baker Sprint (1200m) is run at the Coffs Harbour Cup meeting on August 1. Tarbert's past four runs at Coffs Harbour have returned three wins and a second.

Promising Taree filly Malea Magic looks the one to beat in Sunday's John Carlton Cup as she chases her third straight win.

"She does look very hard to beat down in the weights," said Shelton.

Shelton also has two runners - Wotsizname and Julianne's Wish - lining up in Sunday's Grafton Guineas Prelude (1400m) with the winner exempt from the ballot for the $80,000 Grafton Guineas (1600m) on July 10.

Wotsizname has won two of his past three starts - both at Grafton back in April - and will strip fitter for his last-start third to Hot Scene and Dances With Time at Lismore on June 13, his first run in almost two months.

Julianne's Wish, formerly with Kelly Schweida in Brisbane, has won two of her four starts for Shelton, including a last-start demolition of a Class 1 field in soft ground at Grafton on June 8.

Julianne's Wish is shorter in betting markets than her stablemate, but Shelton isn't so sure price assessors have that right.

"I don't think there's anything between them really and I think they should both race well," he said. "Wotsizname has been racing well even though he just hasn't been able to draw a decent alley."

Wotsizname has jumped from outside gates at his past three starts and has come up with another tricky alley (barrier 10) in Sunday's 13-horse field.

There are two other races on Sunday's nine-race program that carry ballot exemptions for feature races during the upcoming Grafton carnival.

Coffs Harbour stayer Rednav is the only recent galloper to land the Cup Prelude and go on to take out the Grafton Cup in the same year, winning the Prelude as a $21 chance in 2016 and a week later taking out the Cup as a $26 outsider.

Brisbane stayer First Crush won the Cup Prelude in 2017, ran unplaced behind Supply And Demand in the Grafton Cup a week later, but returned last year to win the Grafton Cup after finishing runner-up in both the Ipswich and Caloundra Cups.

Wyong galloper Jazzland looks the one to beat in Sunday's Cup Prelude, stepping up in distance at his fourth run this campaign.

The Kristen Buchanan-trained gelding's only two previous starts at 2000m and beyond resulted in two very impressive wins at Wyong late last year.

Two last-start winners - the Kris Lees-trained Proud Captain and Nistelrooy, trained at Armidale by Keith Smith - should also race well again and are both proven on rain-affected ground.