Grills Will Have Map In Hand At Tamworth Next Friday

A filly that went “via Wallabadah” last start is expected to lead the charge of horses from the Sue Grills stable at Tamworth next Friday.

Grills expects to have five runners at the Racing NSW Country Showcase meeting that boasts $250,000 in prizemoney; it is also branded as ‘Tradies Day’.

The local trainer is in form and landed a winning double at Tamworth on June 8 with Hammoon Dancer and My Benalla. 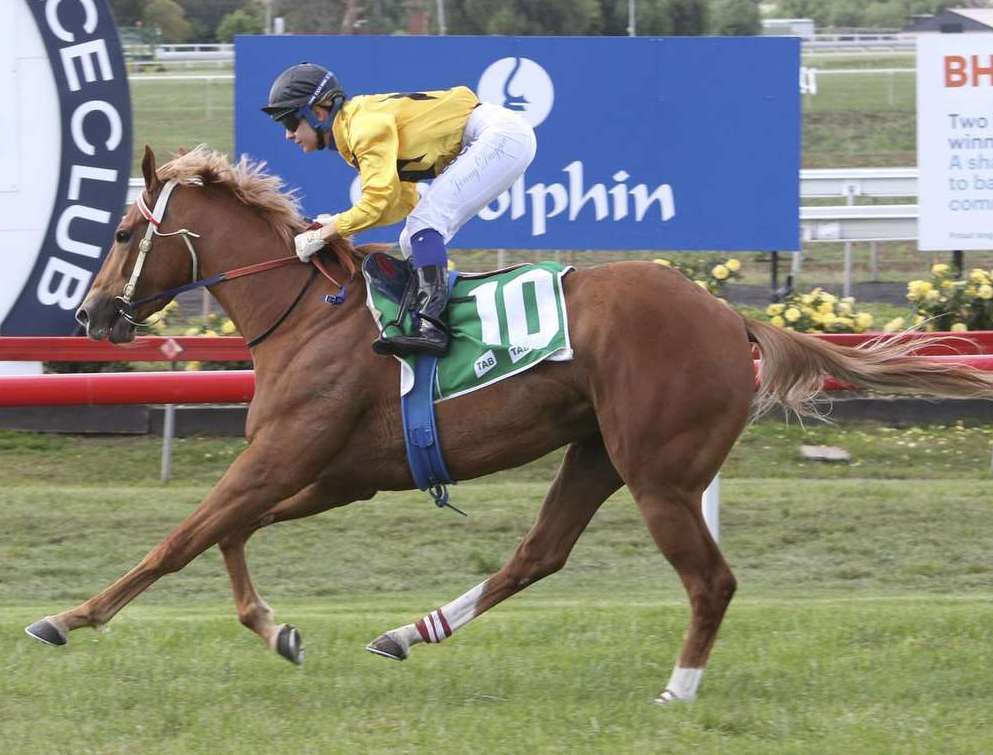 Talented filly Hammoon Ballad will start in the $30,000 Benchmark 66 Showcase Handicap (1600m) and should make amends for an unlucky third last time.

The three-year-old was having her first run for five weeks and put in an amazing effort when third to The Outcast at Quirindi (1450m) on June 11.

The filly came very wide around the field as they turned for home and finished near the outside fence, making up many lengths on the winner.

“Yes, it was a fantastic run carrying 59 kilos,” Grills admitted.

“I said to someone after they straightened that the horse went via Wallabadah – she came that wide!

“We had her for her first six starts and won two on end, but then she went to Kris Lees.

“For whatever reason, she’s back with us now and the Quirindi run the other day was her first run for us since; she’s always had ability.”

Englishman Paul Frampton owns the filly and names many of his horses after Hammoon, a small village and civil parish in North Dorset, England. Its name means ‘dwelling’.

Hammoon Boy battled on well when third to Star Boy at Muswellbrook (1280m) on June 16.

“He ran a good race and is just starting to get fit now. He only came back in January from a year off, so he’s just needed time to start hitting top gear.”

Mick’s Regret is resuming from a break, not having started since being runner-up to Kenneth at Tamworth (1200m) in March where he finished strongly after being well back in the field

“He’ll probably want the run as he hasn’t really done anything first-up beforehand, but in saying that, he is an improving horse.”

Montana Pines was having his third run from a spell and last start caught the eye when he made up ground late for fifth to Buon Natale at Tamworth (1200m) on June 18. He will contest the $30,000 Class 3 Showcase Handicap (1400m).

“He originally came down from Queensland and his last run was good,” Grills said. “No doubt the extra 200m will be more suitable.”