Bathurst’s Dean Mirfin, high-rolling with a 22.3% winning regional strike rate, offers a compelling push for stablemates I Am Capitan and Electrified into Saturday’s TAB $75,000 Class 3, Highway (1200m) at Royal Randwick.

Mirfin is convinced both will cope in wet conditions and says they are well forward resuming off winning form, and through the same Bathurst trial three weeks ago.

While I Am Capitan ($11 into $10 on TAB fixed odds) has impressive series form around eventual Country Championships winner and Listed competitor Noble Boy, and one-time equal favourite I Am a Cool Kid, Mirfin warns not to underestimate his lesser profile Electrified ($15 into $13). 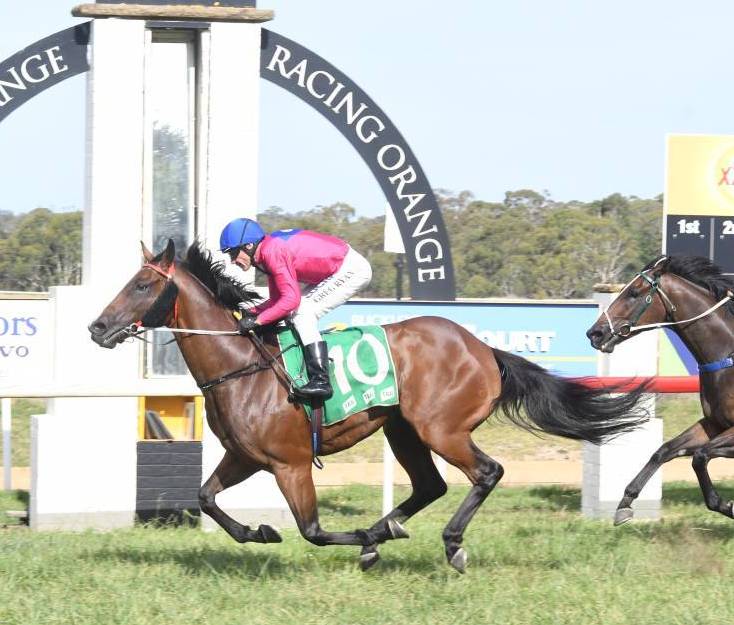 I Am Capitan (Greg Ryan) lands the money at Orange. Image by Carla Freedman

“We’re coming with some confidence - I Am Capitan has been competitive against some genuine quality and he’s going beautifully this time in and Electrified has impressed some good judges who have ridden him,” Mirfin enthused.

Esteemed jockeys Greg Ryan and Mathew Cahill have won on the three-year-old gelding.

“They’ve both raced and trialled on rain-affected tracks. You can never be totally sure if it worsens under race conditions, but they’re both ready to run well off that trial at home.

“I Am Capitan, of course, has that Noble Boy and I Am a Cool Kid form, so he’s really well in with the claim.”

I Am Capitan has his 59kg reduced by Samantha Clenton’s 2.5kg claim.

Last preparation, I Am Capitan raced on-pace when placed at Rosehill Gardens to Noble Boy and at headquarters to I Am a Cool Kid.

During that period Noble Boy and I Am a Cool Kid shared favouritism for the Championships Final, but the latter didn’t progress to the big occasion.

Meanwhile, dual race winner Electrified is near the limit on 53.5kg for Mathew Cahill.

“He’s a big improver - he can be a bit of a bludger in work, but if top jockeys rate his ability, you run with it.

“He’s up in grade, but he’s put two together, has wet track pedigree and no weight.”

Mirfin is thriving; his 26 wins this season after 15 the previous is his most productive in just a seven-year training career.

“We’re ticking over nicely with decent percentages but we’ve only got similar numbers. Just the stable room and resources for around eight or nine in work.”

Mirfin maintained his momentum with wins at recent Bathurst and Dubbo TAB meetings.