In-Form Galloper To Take Running Down At Goulburn (Friday)

One horse - one shot - that’s the equation facing Goulburn trainer Danielle Seib with her in-form galloper Assault’n’bathory heading into Friday’s meeting on her home track.

The school teacher-come horsewoman only has the one galloper in work at present and you could say that both horse and trainer are having breakout campaigns.

Assault’n’bathory’s ownership is a real family affair with Seib believing that has been an advantage for both horse and owners! 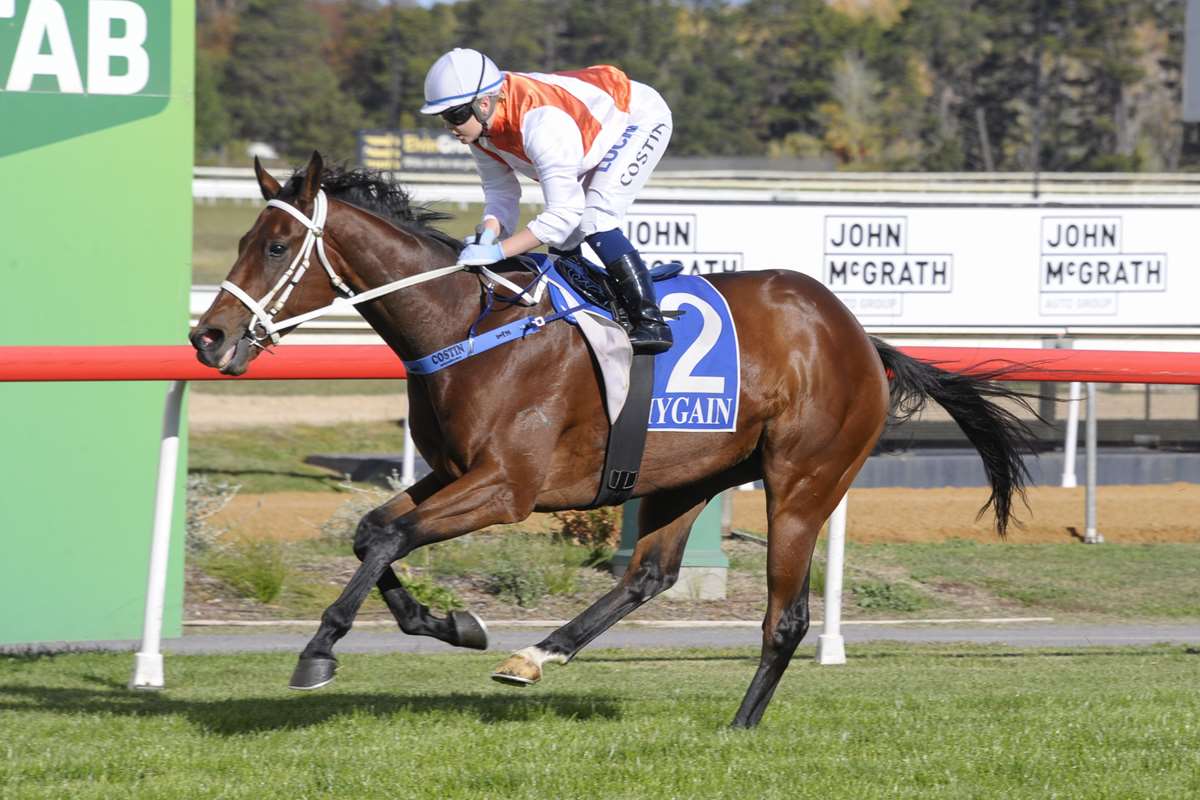 “He was purchased as a weanling by my late father. The decision was made to distribute the ownership through the family rather than syndicate the horse as he was always going to take a long time to mature physically,” Seib said.

“This has allowed me to be very patient with the horse and I believe we are seeing the benefits of this now.”

Those benefits are flowing through into real-time results this campaign for the Murtajill five-year-old.

Three starts back he got the dreaded maiden monkey off his back with a stirring 6½-length romp at Canberra on soft ground.

He then stepped up to class one level at the same track and narrowly missed stringing back-to-back wins together, claimed right on the line after a brave front-running display.

Both trainer and galloper were not content to stand on their laurels and then took the fight to Rosehill in a Highway Handicap two weeks back.

Assault’n’bathory finished third after jumping from a real visitor’s draw, a result his trainer was thrilled with.

“It was a very brave effort especially considering he spent a week in the paddock after his run at Canberra. He was almost a month between runs and it probably left him a bit soft at the end of a very strongly run 1400m.”

The Goulburn-trained galloper has now been placed in six of nine of outings, doing it the brave way in ‘catch me if you can’ style gallops.

Ms Seib thinks it’s just been a matter of time and learning at his own pace that has propelled him into a purple patch of results this campaign.

“He has been lightly-raced as he took a long time to mature. It has taken a good while for the penny to drop with him and he has had a few little issues including his barrier manners.

“He seems to have put it all together in the last few months and has been racing in great form.”

The gelding’s improving ‘smarts’ has given his trainer more options with each start. This week the gelding was nominated for two races on his home track as well as the possibility of another tilt at a Highway Handicap at Rosehill.

Seib opted against a trek up the Hume this time, believing the class one on his home track gave him the best chance of another genuine 'assault' on the major prizemoney.

“We did have a few options, I'm of the opinion that he will run 2000m in time. He received a big weight in the mile at Goulburn so I decided not to test him over the 1600m.

“The Highway on Saturday was at set weights which meant he was poorly weighted against some better-performed horses. The 1400m looked a winnable race and he got in well with 59.5kg.”

Seib also expects to see more of the same front-running bravado we have seen in most of his nine starts to date.

“He is best suited to getting out and rolling, he tends to over-race when ridden with a sit. From the wide barrier on Friday I would expect him to go forward and hopefully find the front.”

Assault’n’bathory will be strongly fancied in Race 3 at Goulburn, the Waratah Thoroughbreds Class One Hcp over 1400m.

Goulburn has eight races locked and loaded for Friday, the first timed to go at 12 noon. The track is currently rated a Soft 7 with Friday’s forecast predicting sunny conditions.