'Little Moneyspinner' To Again Land The Cash At Tamworth

The Craig Clegg-trained mare has had one run back from a good 14-week spell, finishing just over a length astern of William Wain’s Cocky Rocky in the John Clift Memorial at Tamworth on Tamworth Cup day.

Cocky Rocky is lining up in the seven-horse Noelene Martin Memorial field too and will be hard to beat, agreed Craig Clegg. 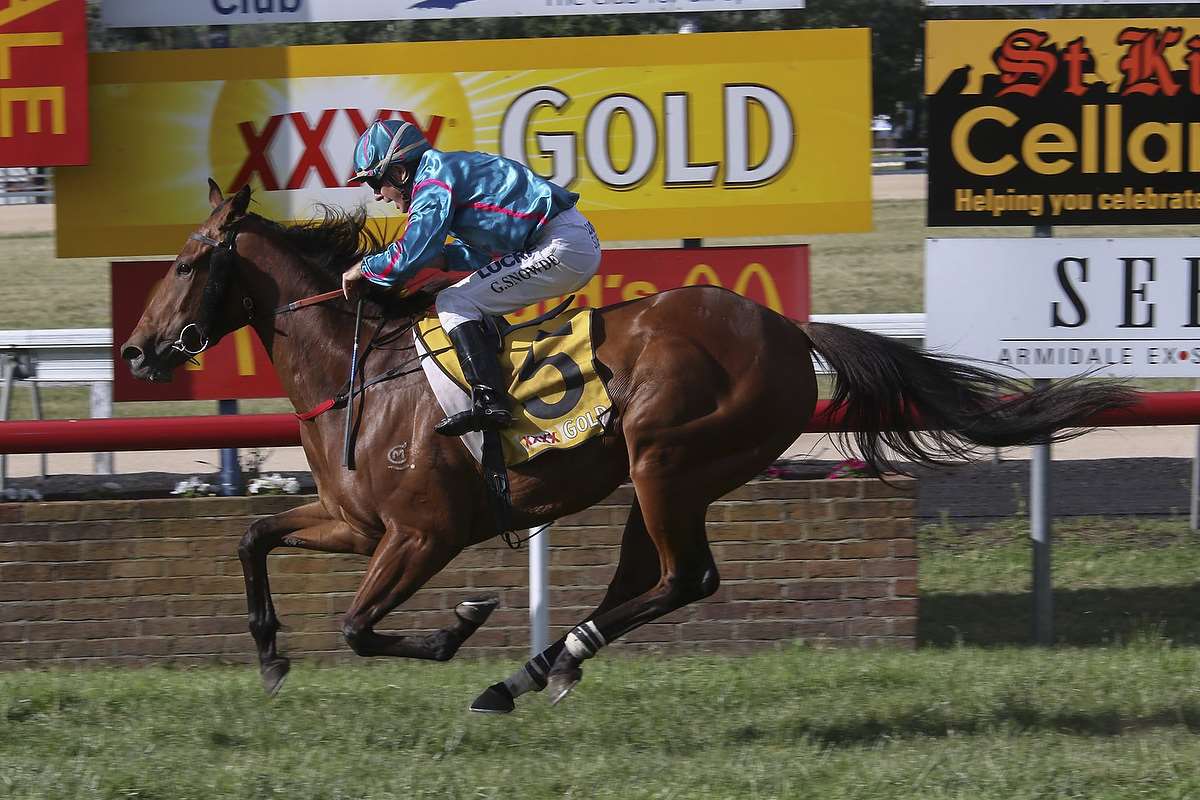 “He beat us at Tamworth and will be tough,” Craig Clegg said.

“Mel’s [O'Gorman] horse, Pomme La Belle, also goes all right too. It’s going to be a hard race though, they are all Class 3 horses, all can gallop.”

Blinkin Legend came to Craig Clegg via the late Errol French and is part of an eight-horse stable the Kootingal horseman has built up over the last couple of years in what is something of a second coming for Clegg.

He did train gallopers initially but then branched into pacers for a couple of decades. He was successful too.

“Had around 12 in work but even through all those years I pre-trained horses for trainers and owners.

“I decided to get back into this (gallops) a few years ago for two or three reasons. One was the increase in prizemoney. It’s phenomenal now.

“Another was I was working a few campdrafters up in the back paddock here (at Kootingal) and Phil Lyne has the property next door.

"He asked me if I was working gallopers but I said no they are campdrafters. The upshot was I pre-trained a couple for him and then I thought, well, I might as train a couple myself and went through the rigamarole of getting my licence again.

“Then a little mare I had for Phil won her first start at Gunnedah for me, Gold Drama, and that was it. Back in the ‘80s I’d also had a few horses with Ricky Hopf and he turned up a while back and helped me out for a while.

"He was good mates with Errol so all of a sudden I had five in work for Errol. After his sad passing I did a deal with the family and kept Blinkin Legend.”

He also has another unraced Blinkin horse, Blinkin Fantastic, ready to race soon. Blinkin Legend should race well Saturday too.

Snowie is Armidale jockey Geoff Snowden who already has won on her.

“She won her maiden at Quirindi with Tony Cavallo on board. She’s also won a couple at Armidale.

“Belinda (Hodder) has ridden her most of the time but when she got suspended I put Mick Squires on.

"He won on her at Armidale and was going to ride in her next start but his car blew up or something. Snowie was standing beside (when he was told) so I said you're on.”

Snowden didn’t let him down either and rides again on Saturday: “Two oldies together,” Craig Clegg laughed.

In 20 starts, Blinkin Legend has won three times and been placed seven times for just over $55,000 in prizemoney.

That Clegg has eight horses in work is the most he’s had since returning. He’s also on the North Tamworth Rugby League Football Club committee and is the vice president as well.

That keeps him busy as well although with a general bye this weekend it allows him the chance to concentrate solely on his horses.

“Going to be a busy day,” he said. “I’ve got four in. Blinkin legend as well as John Paul in a maiden, Miss Dubleo Seven in the other maiden and Cathedral Lass in the Class 1 mile. They should all race pretty well.”