The theory "fresh is best" came to the fore at Moree picnic races last Saturday (25th May) when Free Billy took out the Chesterfield Australia Bracelet Trophy (950m). 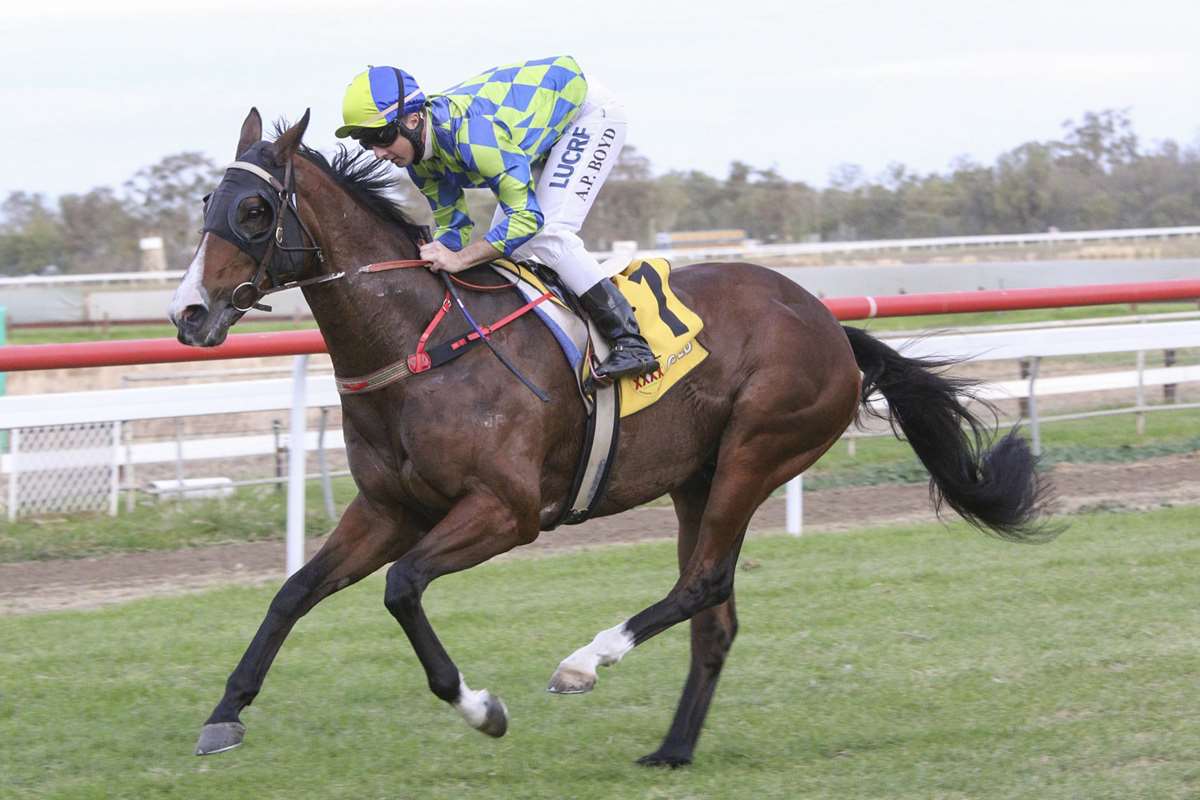 Ashley Boyd eases down Free Billy as he coasts to victory at Moree picnics. Image by Bradley Photographers

The eight-year-old was having his first start for four months when he outsped the opposition to record a near three-length win under the guidance of Ashley Boyd ($3 equal favourite).

The seven points are the first Free Billy has earned in the NSW Picnic Champion Series with the Final to be run at Dubbo in the spring.

Also earning seven points at Moree was tough seven-year-old Track Flash ($1.30 fav), who was also ridden by Ashley Boyd, and has now moved up to a total of 10 points.