The Tamworth gelding, who started one of the favourites in the $500,000 Newhaven Park Country Championships Final at Randwick last month, is scheduled to run in Sunday’s $40,000 Hopefuel Gunnedah Showcase Cup (1600m).

“He pulled up terrific,” he said after Unbiased won the Tamworth Cup.

However, Unbiased received 63.5kg and with Adin Thompson to claim 1.5kg will run around with 62kg. He has drawn barrier 17. 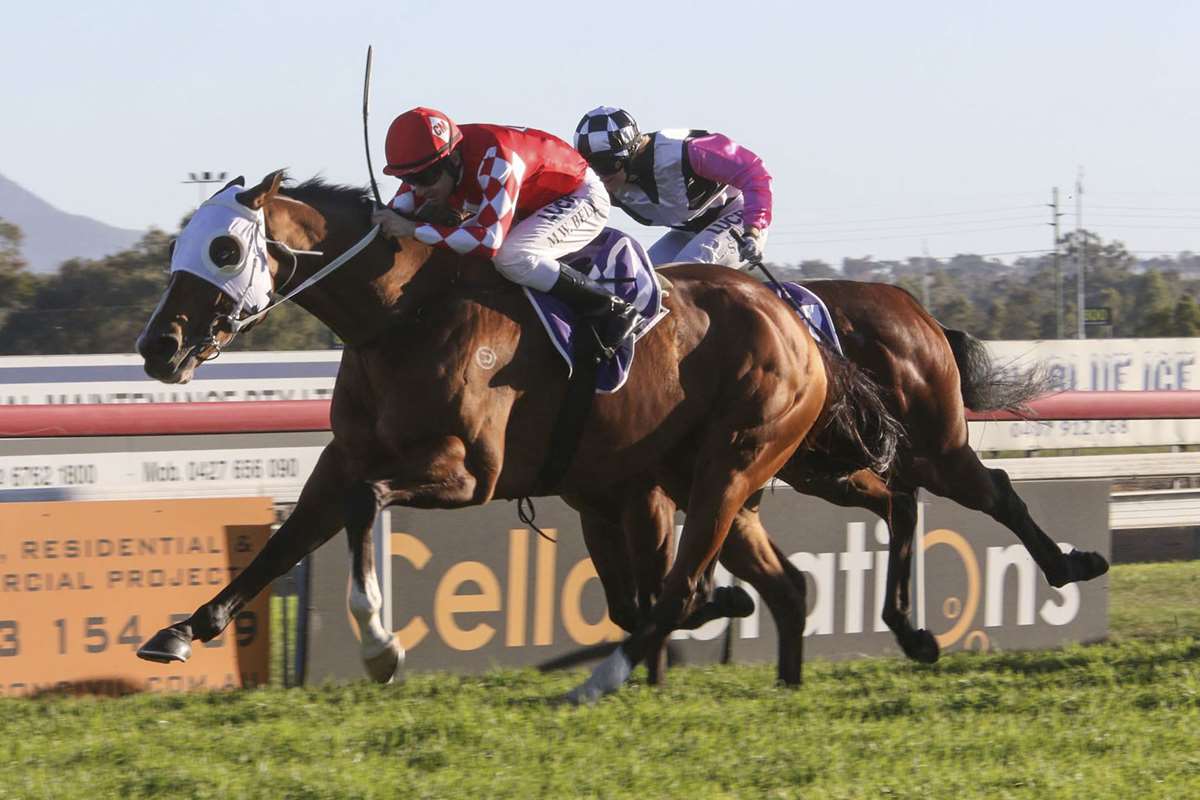 Unbiased scores at Tamworth with Mitchell Bell aboard. Image by Bradley Photographers

The son of Medaglia D’Oro has five wins and seven placings in 23 starts for just over $306,000 in prizemoney and won last year’s Gunnedah Cup with 59.5kg, Ben Looker jumping the gelding from barrier 10 that day.

Winning last month’s $150,000 Tamworth Cup was another emotional win for Cody, especially as his parents, Mary and Glenn Morgan, own the gelding.

Gunnedah Jockey Club president, Kevin Edmonds, believes Unbiased his a great chance to make it successive Cup wins and has seen Cody develop into one of the HNWRA’s leading trainers.

“He trained his first winner here too,” Kevin Edmonds said this week of a young man who has 18 wins in the HNWRA this season and sits equal fourth on that premiership ladder with Stirling Osland and behind only Brett Cavanough (21), Sue Grills 922) and Kris Lees (35).

Cody also has a chance of winning the Cup-Lightning double at Gunnedah on Sunday with Mr Pumblechook resuming from a spell in the XXXX Gold Lightning Showcase Handicap (1000m).

His younger brother, Luke Morgan, also has a Lightning starter in Medal Afrique, although the latter has drawn 15 and Mr Pumblechook claimed the number one barrier.

Eight-year-old Pippi’s Pride, a gelding son of Beautiful Crown, has nine wins in 69 starts and won two from four runs at Gunnedah. He was third in the recent 1400m Guyra Cup before running 16th to Barricade in last Friday’s 1600m Country Cup at Scone.

Beauty’s Best was fourth in that Country Cup at Scone for Tamworth trainer Mel O’Gorman and the six-year-old gelding will be having his first start at Riverside racecourse on Sunday. He has drawn barrier two with Brooke Stower to ride.

Quirindi Cup winner, San Fransisco, is another interesting runner. The four-year-old gelding son of Ilovethiscity has six wins in 28 starts, including this year’s Quirindi Cup and then the Mornington prelude over 2100m at Tamworth in early April.

Quirindi trainer Geoff O’Brien also a Cup runner in Vega De Lago. The six-year-old gelding was second to San Fransisco in the Quirindi Cup after refusing to go straight turning for home.

He then mowed down his opposition at Newcastle last week (May 7) to win a benchmark 64 handicap over 1500m. He has drawn barrier 11 with leading country jockey Greg Ryan to ride.

Premiere Strip Out Not A Bridge Too Far For Legend

By Ray Hickson Les Bridge fears no rival when it comes to Classique Legend. A couple of weeks after he ...
Read More