Legend To Celebrate Birthday In Style At Taree (Monday)

Hall of Fame jockey Robert Thompson could celebrate his 61st birthday on Monday with a hat-trick win on three-year-old gelding Chamisal - Laurieton-owned and Port Macquarie-trained - at Taree’s TAB meeting.

Since Laurieton syndicate owner Jan Tate, 85, bought the galloper to race with her daughter Jan Gray and their family of girls, the $40,000 buy at the Magic Millions auction has won two races with Port trainer John Sprague, Thompson being the jockey on each occasion. 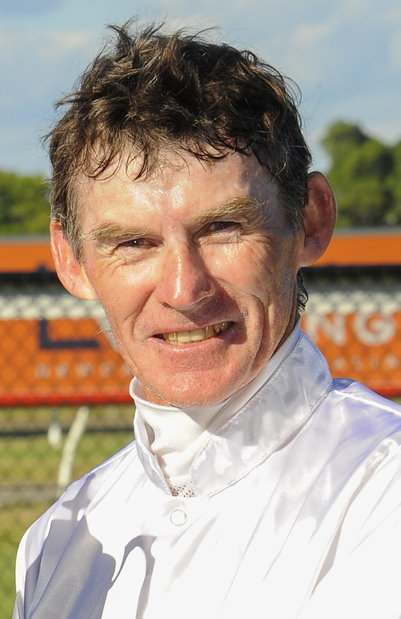 The combination would love to win again at Manning Valley Race Club’s meeting on Monday to bring up the three wins in a row and give Thompson a reason to celebrate.

The gelding has plenty of solid opposition in the Vale John Fletcher Benchmark 66 Handicap over 1400m but has shown improvement with the two wins at Port after its previous two starts in Victoria before being sold.

Chamisal is a replacement for the syndicate’s Glitra which won eight races and $223,000 prizemoney before breaking down.

“The family going back to Earthquake is so famous and Chamisal might be better than Godolphin thought,”Mrs Tate said.

“He is a lovely big horse and I didn’t think I would get him for the money I had,” she said.

Sprague said the only query was that Chamisal’s two wins were over 1500m and he was coming back in distance.

“The horse has pulled up a treat ... he is a gem of a horse to do anything with.”

One of the dangers is the progressing Port three-year-old filly Nashian, trained by Marc Quinn and to be ridden by ace local jockey Ben Looker who has a big day at Scone tomorrow in riding Victorem, last year’s winner of the $500,000 Country Final at The Championships, in its first comeback race from a spell.

Nashian has had two wins from its past three starts and according to Quinn will be suited by the 1400m. The filly spent about 12 months overcoming a virus and fall and has stamped herself as being promising.

He felt that Nashian put in a strong performance to win at Taree over 1250m last start after coming from a wide barrier.

In the same race at Taree and another chance on Monday is Wyong six-year-old gelding Scatter Blast, trained by Damien Lane, which finished a short neck behind the filly.

That was Scatter Blast’s second run back from a spell and it has won at the Taree track.

Port trainer Jenny Graham has a big assignment with Victorem tomorrow but should also be pleased with the recent runs of three-year-old gelding Foxy’s Foxinator.

The gelding was only a half-length in third behind Chamisal at Port on April 26 and has been consistent with two wins and six placings in 10 starts for Wauchope owner Dale Miller.

Lane is hoping for an improved run from four-year-old gelding Ayeteem in the Stacks Law Firm Class 1 Handicap over 1250m.

“He has plenty of ability but is his own worst enemy as he gets anxious in the stalls,” he said.

Quinn is also hoping for a big run from four-year-old gelding Snitzel Reign in the Eddies Fresh Chickens Class 1 & Maiden Plate over 1600m.

“He did a lot of work last start at Tamworth and the only query is the mile for the first time.”