There is a sentimental attachment for part-owner Barry Teer to the running of the opening race at Queanbeyan on Sunday that goes deeper than just winning.

Teer wanted to sponsor a race at the meeting and have it named after his late mother Dolly with the inaugural running of the race named in her honor.

With Sunday being Mother’s Day it will be an emotional day for many of his family, and even more so, if one of the horses Teer also has a share in happens to win

Teer, who originates from Captains Flat south of Queanbeyan, already has one confirmed starter Tiz War Bro and is hoping another of the emergencies he also part-owns gains a start. 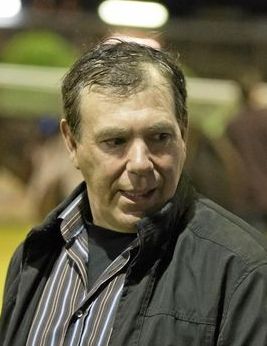 Canberra trainer Paul Facoory entered three juveniles for the opening race and they all were drawn as emergencies.

In another coincidence, his three acceptors, Tiz War Bro, General Ulysses and Terisiare are all by first season sire, The Brothers War.

Teer shares in the ownership with the same group of owners which also includes Kooringal Stud which bred the trio.

Facoory is hoping to get a result for the owners and especially for Teer on a special day for his family.

“Barry puts a lot of money in and has five horses with me,” Facoory said.

“Tiz War Bro has gained a start and should be competitive although he will be better over 1200 metres than the 900 metres on Sunday.”

General Ulysses and Terisiare are yet to gain a start, but the latter is likely to run.

“I will probably scratch General Ulysses, but I’m hoping Terisiare gets a start because she is more of a 900 metre horse,” he said.

“There is one acceptor without a jockey and if doesn’t start then she should be in the field.

“It is a bit unusual to have three of the four emergencies all by the same stallion and owned in the same interests.”

Tiz War Bro ran an encouraging debut fourth behind Washington Towers at Wagga in January and is expected to return stronger with the benefit of experience.

There will be keen interest in Washington Towers ($41 on TAB fixed odds) who will contest a Listed race at Caulfield on Saturday.