Sunshine Coast trainer David Vandyke expects a drop in class and a firmer track surface to pave the way for a return to the winner's list for three-year-old filly Willo Titto when she takes on more seasoned rivals at Murwillumbah on Friday.

Vandyke has two runners on the nine-race program: Willo Titto in the Benchmark 58 Handicap (2000m) and Savwell who resumes in the Victory Hotel Mooball Cup (1530m). 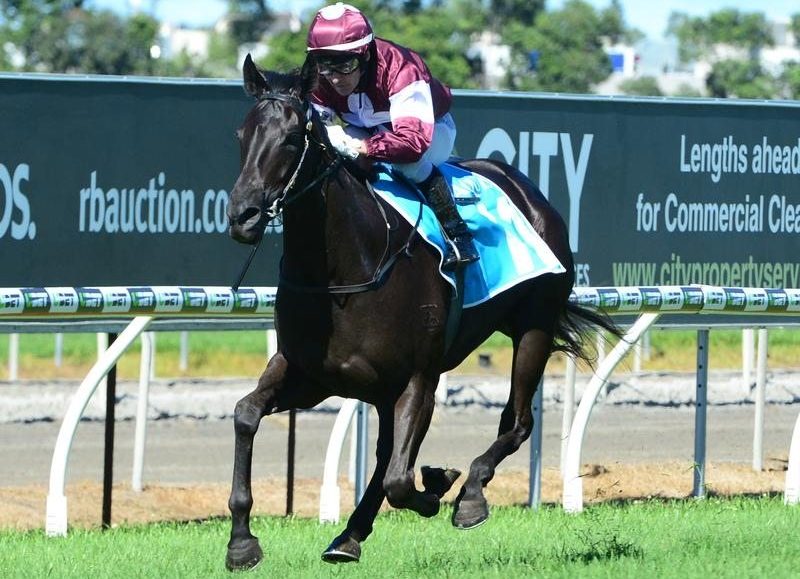 He expects both gallopers to run well, especially Willo Titto who tackles the 2000m at her third run this campaign after her last-start 5.8 length 10th behind stablemate Baccarat Baby in the Listed $125,000 Princess Stakes (1600m) on a heavy 8 track at the Sunshine Coast on April 21.

"She's a great looking filly who should be hard to beat on Friday, dropping in class and getting back on a firmer track," said Vandyke.

"I was a little disappointed in her last time at the Sunshine Coast - I thought she'd find the line a bit more - but I don't think she was all that comfortable in the heavy conditions. She still wasn't disgraced behind a couple of good fillies who ran well again at the Gold Coast last week.

"The 2000m of Friday's race might be a query with her, but she's by Pierro who has proven to be a versatile stallion who has produced a Derby winner (Levendi)."

While Vandyke has ruled out a Queensland Oaks run for Baccarat Baby, he still may give Willo Titto her chance in the Group One $500,000 feature over 2200m at Doomben on June 1.

"I don't think Baccarat Baby will get the Oaks trip and she will head instead towards the Queensland Guineas (at Eagle Farm on June 8)," he said.

"If Willo Titto wins on Friday, she may have enough prizemoney to make the Oaks field, but she'd have to win very easily at Murwillumbah to warrant heading that way."

Vandyke is expecting a forward showing from his other Murwillumbah runner Savwell, who tackles the Mooball Cup first-up.

Winner of five of his 14 starts, Savwell is resuming since finishing ninth of 12 behind Lota Creek Gold in a Doomben Class 6 over 2000m on December 8. He has run well in two of his previous three first-up runs, including a very dominant win over 1400m at the Sunshine Coast 18 months ago.

"I made the mistake last prep of running him first-up over 1350m at Doomben and he was just run off his legs that day," said Vandyke.

"I think he'll settle a lot closer over the 1530m on Friday and should be finding the line strongly at the finish."

If Savwell continues to progress this campaign, Vandyke is considering targeting the Caloundra Cup over 2400m at the end of the winter carnival.

"But that's a long way off - he'd have to jump through a few hoops at his next few starts before we get to that stage," he said.

Jockey Brad Pengelly partners both Vandyke runners at Murwillumbah - his only two rides at the meeting.

Savwell faces nine rivals in the Mooball Cup, including Gold Coast galloper Mystical Renegade who has a good record around the Murwillumbah circuit and looks a strong winning hope again.

From three starts at the track, the Bruce Hill-trained gelding has won twice and finished a close fourth to Zamex in the Murwillumbah Cup at his most recent appearance at the track, back on August 24.

Gold Coast colt Frankel Star can lay claim to being the best-bred runner at Friday's Murwillumbah meeting and is capable of a major form reversal when he gets back on a firmer surface in the Class 1 Hcp (1530m).

Frankel Star failed to beat a runner home at the Gold Coast last time out on April 6 when he was well in the market, but jockey Michael Hellyer reported the three-year-old was never comfortable in the soft ground.

Trained by Garry Newham, who is enjoying a great run with good three-year-old filly Winning Ways, Frankel Star is true 'blueblood'. He is by unbeaten British champ Frankel out of Deedra, a daughter of Zabeel.

Deedra, out of the great broodmare Joie Denise, is a half-sister to four-time Group One winner Tuesday Joy and AJC Oaks winner Sunday Joy, the dam of former star mare More Joyous.

Frankel Star was purchased by Dermot Farrington on behalf of owner Paul Makin for $500,000 at the 2017 Inglis Easter Yearling Sales.

Makin and Garry Newham are best known for their association with the outstanding Starcraft, a multiple Group One winner who counted the 2004 AJC Derby among his career highlights.