Can The 'Odd Couple' Take Out Friday's Wagga Gold Cup?

They’re the odd couple – an enigmatic front-running galloper and a jockey who travels anywhere just to get a few rides.

And the duo is in line for a spot in next Friday’s $170,000 Alan Harris McDonald Wagga Gold Cup. 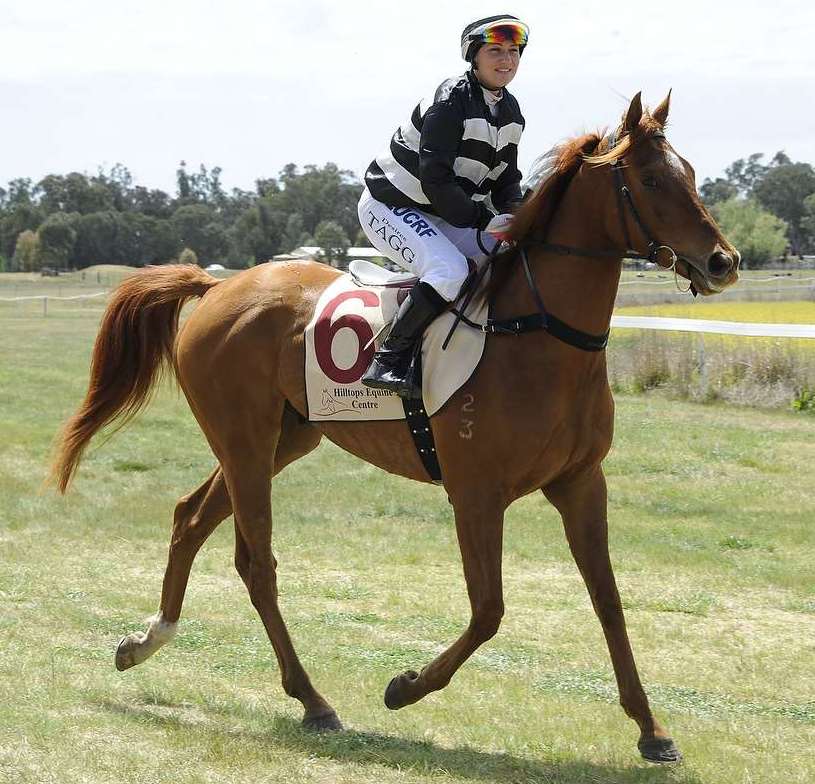 It was an amazing win by the 43-start veteran.

After the pace slackened at the 1500m, Heagney took off and by the 1000m mark, Hayne Plane was highballing with a 10-length lead.

Then with the field just two lengths behind on straightening, Hayne Plane had the temerity to kick strongly and hold off all challenges to score.

Heagney lives in Wagga but plies his trade right around the state.

In the space of a week, Heagney rode at Albury on the Thursday, Nanango (Saturday), Wagga (Tuesday) and Nyngan (ANZAC Day, Thursday) covering a distance of nearly 4000km.

Heagney rode a winner at Nyngan on ANZAC Day which is a 10-hour round trip by car.

But just a few days beforehand, he was riding in Nanago, Queensland, located 2½ hours north-west of Brisbane, some 1300km away from his home base

It will be a fairy tale ending should Hayne Plane capture Wagga’s feature race of the two-day carnival this Thursday and Friday.

“Our track manager, Mark Hart, has the course in perfect condition and come Thursday, I have no doubt it will once again prove to be the best racing surface between Sydney and Melbourne.

“Everything is starting to take shape for the [$150,000] XXXX Gold Town Plate and [$170,000] Alan Harris McDonald Wagga Gold Cup and we are excited we’ll see the next Santa Ana Lane or Life Less Ordinary continue their career rise through these time-honored events.”

“The race was first run on the now-defunct Gladstone Racetrack, with The Great Northern Hotel Group sponsoring the meeting.

“A totalisator was first used in the Macleay region at the Gladstone meeting on 31st March 1917.”

“We’re encouraging everyone to get dressed up, grab a mate and come along for a terrific day,” said Jess Ryan, SCTC’s sponsorship & marketing manager.

“There is also a free jumping castle for the kids and free buses to and from the track. Just go to our website for times and locations of pickups.