Trainer "Getting Greedy" To Have A Crack At Both Cups

Multiple regional premiership trainer Brett Thompson is close to riding again after a broken leg and is primed to continue his dominance in the traditional Narromine Digger’s Cup at Monday’s booming TAB meeting.

Thompson has big numbers and form throughout Narromine’s seven-race TAB meeting and also at the Merriwa Cup meeting on Saturday.

Brett rode trackwork with his sons Ben and Kurt until a young horse reared and fell on him in early February, and he’s only been mobile for a short time as they share the workload at Narromine and Merriwa. 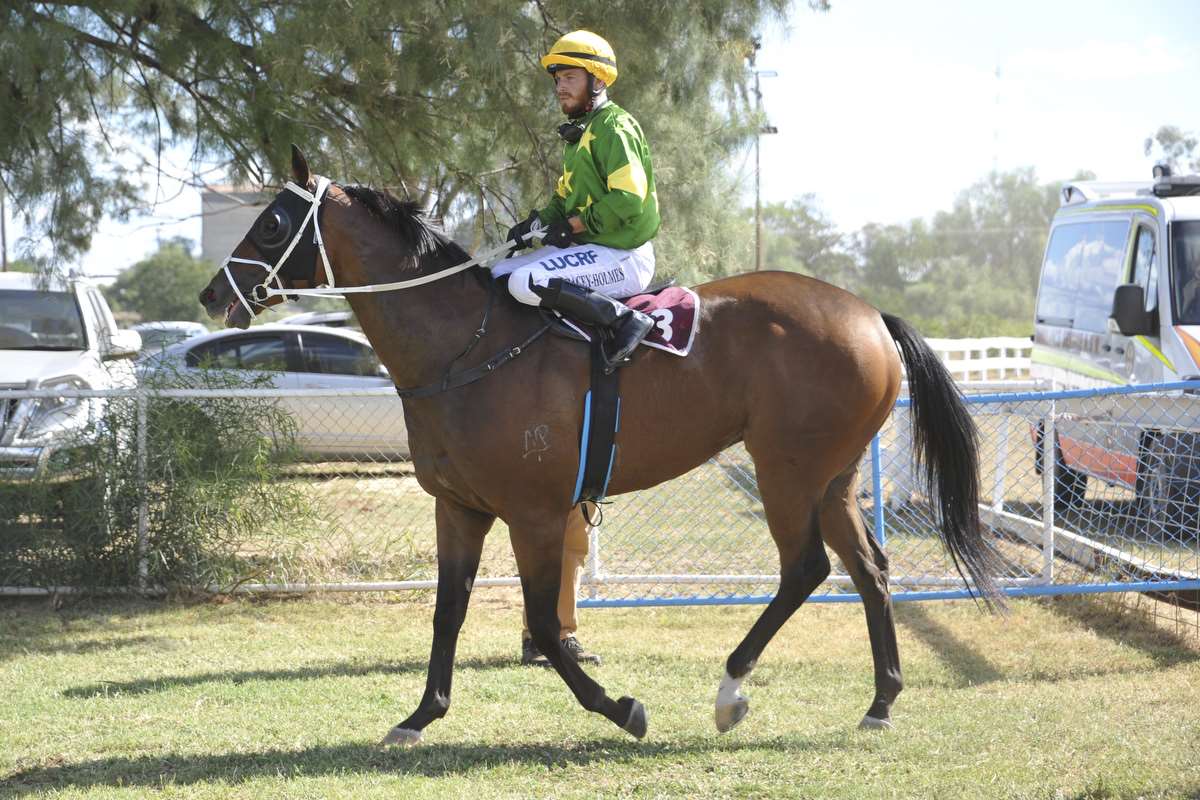 Attalea (Jacke Pracey-Holmes): "You’ve almost got to ride him like a cowboy." Image by Bradley Photographers

“We’ve some real nice chances both days, I might get greedy and have a crack at both Cups, they’ve been good to me over the years,” Brett quipped.

“I’ve got Sugar Dance with Greg Ryan and Attalea in at Narromine. I’ve also accepted with Attalea for Merriwa. It looks an easier race, so I’ll work that one out with the owner.

“We love it this time of the year, best racing days you can get in the bush. Top fields big crowds - those great people who support the Cups every season.

“And mate, especially if you get to celebrate winning a Cup at the town pubs.”

“As strong as I’ve seen it. The top trainers, stack of open company and winning form.

“We’ll go forward there and nobody rides Narromine like Greg. And Attalea, you’ve almost got to ride him like a cowboy.

“Dig him up and keep pressuring him and he’ll keep grinding at the one pace. No change of gears him. But I’ve never had anything tougher.

Brett considers his best value at good odds is lightly-raced Beau Zariz in the opening maiden, but with caution.

“Greg wanted to ride him off a really nice trial but was booked for one of Rod Northam’s (Shesafan) so that could be a leg up there.  And one of Cameron Crockett’s won the trial we were in.”

Thompson fancies the chances of Tropicana Lass in a follow-up maiden.

At present Narromine is rated a good 3 track rating with fine weather predicted.