For Aiden St Vincent, it’s been a long and frustrating delay to finally get to a TAB Highway with promising So Shy ($15 on TAB fixed odds) and he’s absolutely certain a recent Port Macquarie barrier trial was a racing world away from Saturday’s $75,000 Hawkesbury Class 2 opposition.

“We struck that Victorem resuming off Group placings at Doomben, I know what he’d do to in this grade. We’re class two and we were happy to keep in touch with his backside,” chuckled the Coffs Harbour trainer. 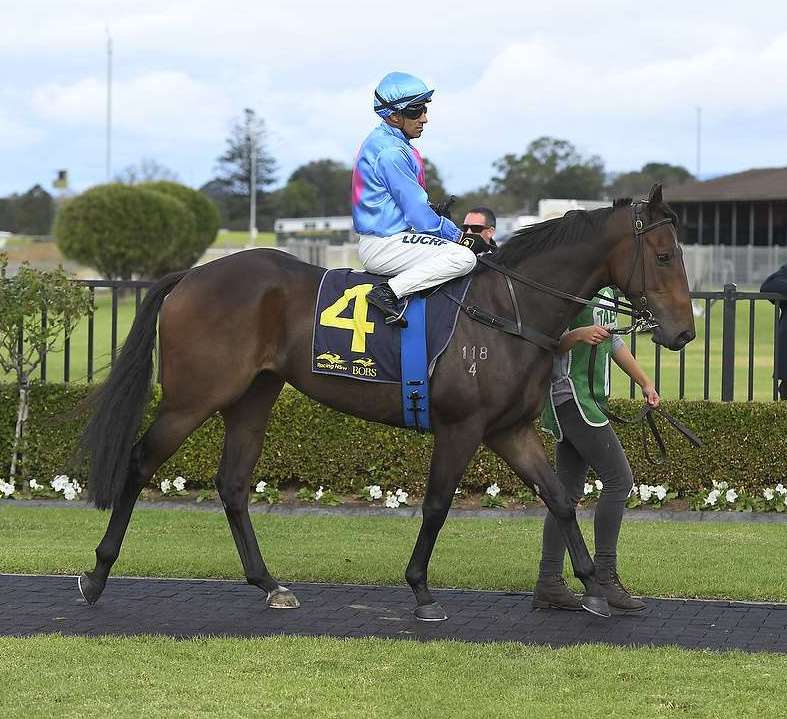 So Shy (Jeff Penza) before his debut at Kembla Grange. Image by Bradley Photographers

“We finished third, couple of lengths away. Hottest country trial I’ve seen - the second horse Cogliere is an open class sprinter up here.”

Victorem emerged as star in the making with a brilliant win in last season’s Country Championships Final at headquarters and he’s now a bona fide Group sprinter.

“Naturally they weren’t extended but neither were we. It topped us off nicely.  We’re really happy where’s he’s at.

Resuming after successive trials, So Shy carries 56kg for regular rider Rachael Murray who was aboard in the ‘Port’ trial.

So Shy was originally nominated for a city Highway early last season, but had to be scratched with a hoof abscess.

“After the hoof issue we just had minor setbacks, nothing serious and finally we ran out of time.

“When the time was right for us, there were no Highways scheduled over the recent Randwick Carnival and The Championships.

“And if we’d have won another race up here, we naturally wouldn’t have been eligible for a class 2.

“And obviously running for $75,000 down here is a big difference to country prizemoney in this grade.”

While So Shy will find the stablemates from the prolific series-winning Danny Williams and Brett Cavanough far tougher than northern rivers opposition, he is a reliable beginner who has led in most of his five race starts.

Meanwhile, Aiden is from a remarkable sporting family. His father Paul was a regional golfing professional who tried his hand at pre-training and then full-time training.

Amazingly, Paul bought The Jackal as a yearling for just over $20,000 from prolific breeder Gerry Harvey.

And Paul trained The Jackal to win the 2009 Group 3 Star Kingdom sprint at Rosehill Gardens in 2009, The Falvelon Quality and successive Ramornie Sprints in 2007-08.

Paul's sons, Aiden and Kane, both tidy footballers, used to ride him work before Paul gave both his sons their starts in training.

Aiden is back based at Coffs Harbour after stints on the Sunshine Coast and WA. This season and last season, winners including So Shy have been regular enough.