The path to Wagga Town Plate glory will become clearer for the contenders in Sunday’s Prelude and for one it will be a trip down memory lane.

Former Plate winner Got The Goss was at the peak of his powers in 2015 when he claimed the feature race with jockey Brendan Ward in the saddle.

Canberra trainer Trevor McIlrick has Got The Goss back in his care after he raced in Victoria with success and despite his advancing years, winning a feature race like the Plate isn’t beyond him. 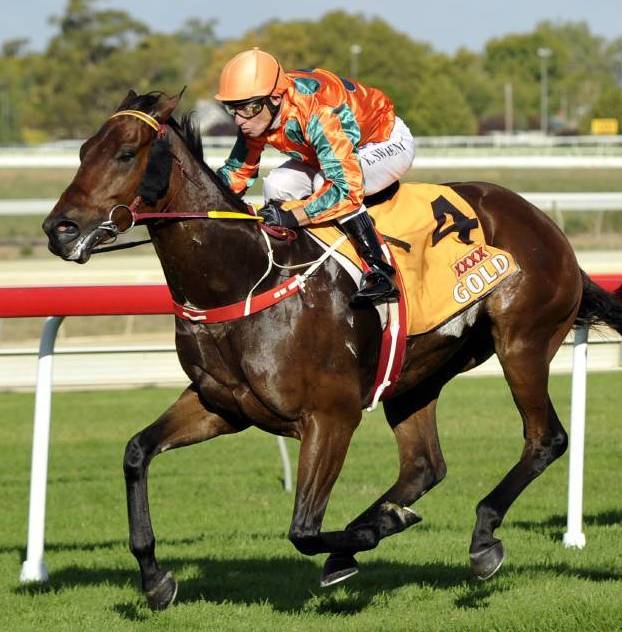 McIlrick will also be represented by the ultra-consistent Who’s Knocking with Matthew Cahill replacing the suspended Richard Bensley.

Who’s Knocking finished last at her latest appearance in Sydney Saturday company when she wasn’t suited by the slow tempo and raced deep.

McIlrick feels the return to country grade will suit both although Who’s Knocking is weighted heavily with 60 kilograms – one more kilogram than her stablemate.

Got The Goss ran third in the Canberra Camarena behind Stephan (second) and also finished behind him last time out at Warwick Farm.

This time, Got The Goss has the rails draw which will allow him every chance to hold his position and return to the winner’s list.

McIlrick hopes both race well enough to race in the Town Plate on May 2.

“The mare (Who’s Knocking) has a lot of weight and Got The Goss is a big horse use to carrying weight,” he said.

“It’s nice to have him back and I just have to see how he goes on Sunday before looking what is ahead.

“Who’s Knocking has been good all the way through and rarely misses a place.”

Wagga jockey Nick Heywood will be aboard Stephan meaning the sprinter will carry his full weight of 62 kilograms.

Heywood has just returned to race riding after injury forced him out for a few months and he is glad to be back just in time for the cup carnival.

“Stephan is a really nice horse and he showed last start in Sydney what he can do,” he said.

Stephan’s trainer Gratz Vella is concerned with the weight and said Sunday will top him off for the Town Plate.

“He always gives his best so if he can get the right run he will be in the finish,” he suggested.

Stone Cold won at the most recent Wagga meeting finishing ahead of Jester Angel who should have finished much closer if she gained a clear run.

Kooringal Star ran a gallant third in the Albury City Handicap, but this time has drawn wide and will need luck to fall his way.

Anna’s Joy ran second in the Wellington Town Plate last Sunday and will only have to perform up to that run to win.

The mare has also been consistent throughout her career and despite only three wins to her name, she has been placed nine times including on metropolitan and provincial tracks.