Heavy tracks in Sydney in the last three weeks prompted Gai Waterhouse and Adrian Bott to look for alternatives for the promising Sondelon ($2.50 favourite on TAB fixed odds) and they have settled on Friday’s $100,000 Muswellbrook and District Workers Club Muswellbrook Gold Cup (1500m).

Three weeks ago he was to have run in the Group 2 Ajax Stakes at Rosehill but the heavy track forced them to scratch him so they settled for the TAB Rewards Hcp at Warwick Farm on Wednesday. 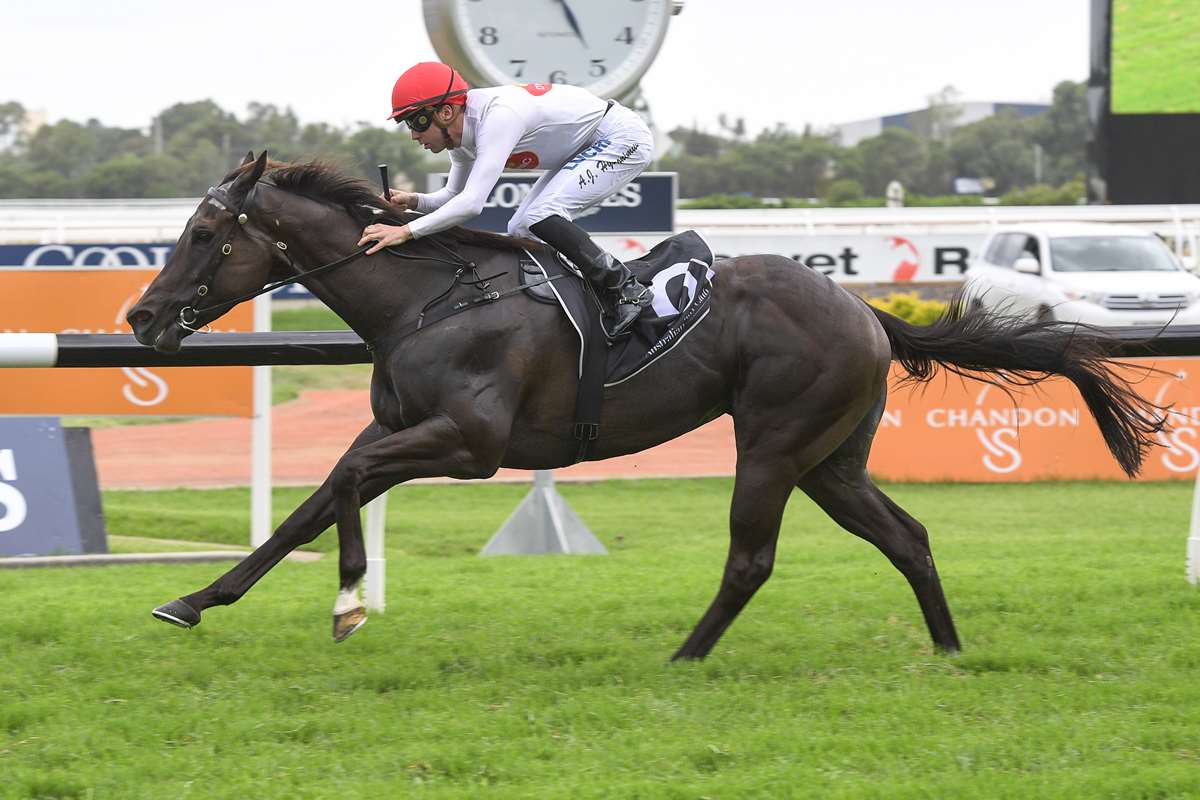 However, they again faced a heavy track so the training duo by-passed that meeting to target the cup.

“The prizemoney is good and the promise of a better racing surface convinced us we should send him to Muswellbrook,” Bott said.

“He is a promising young galloper on the way up and originally we thought he would be the type of three-year-old we could aim at some nice races.

“It didn’t quite work out that way so we gave him a good break and he has come back a stronger and more mature four-year-old.”

At his last run before the break, Sondelon ran seventh in the Group 3 Carbine Club Stakes (1600m) at Randwick beaten only two and a quarter lengths behind Muraaqeb.

“It was a good effort and he was at the end of his preparation,” Bott said.

“We have not made any plans beyond Muswellbrook although the Scone Cup looks a good option and fits in nicely with his preparation.”

Sondelon has had three runs since resuming and at his last start, led all the way to score a relatively soft win over 1500 metres at Rosehill on February 27 from an inside barrier. He has drawn perfectly in barrier three in the cup.

James Innes junior, who won the Bathurst Cup on Chocolatier for Waterhouse and Bott earlier this month, will ride Sondelon.

TAB has Sondelon a firm favourite ahead of last year’s Country Championships Wild Card winner Don’t Give A Damn at $5. The only other runners at single figures are the Ross Stitt-trained Blinkin Artie at $7.50 and Invicta ($8).

Goulburn trainer Danny Williams is still in two minds where to run Don’t Give A Damn and has accepted for two races at Rosehill on Saturday, including the Doncaster Prelude, as well as the cup.

Track conditions will play a big part in his decision and If the horse runs in the cup he will be ridden by Chad Lever. If Don’t Give A Damn does start Williams is confident he will be the horse to beat.

“I have never had him in better shape and he trialled really well on Monday,” Williams said. “There is also the advantage that he has raced and won at Muswellbrook.”

A win by Blinkin Artie, to be ridden by Andrew Adkins, would give trainer Ross Stitt his second Muswellbrook Cup after winning the race in 2004 with Precise Timing. Stitt is confident his horse will run a big race.

“He has the right weight, the right barrier, the right jockey and he has had the right preparation so it’s up to the horse now,” Stitt said.

“Andrew won a lot of races for me when he was an apprentice at Port Macquarie including a Casino Cup on Single Spirit so to combine for another cup win would be nice.”

Stitt trained Blinkin Artie for his long-time friend and client, the late Errol French, but when he died Stitt and close family friend Kerrie Hollis bought the horse.

Blinkin Artie has a win and three placings to his credit this preparation including a last start second over 1300 metres at Rosehill four weeks ago when ridden by Adkins.