School's Out For Talented Apprentice Entrusted With Important Ride

Wily veteran Stephen Jones is adamant he has the quality to provide rookie apprentice Liam Blanch with an early career highlight in the traditional Horsepower $50,000 Skellatar Sprint on Muswellbrook Gold Cup day this Friday.

The Scone-based Jones is targeting 'black type' for his grand performer Akasaki ($13 on TAB fixed odds) and likes what he has seen from the first season Northern River’s apprentice who claims an invaluable 4kg off the massive 64.5kg allocated to the city grade sprinter. 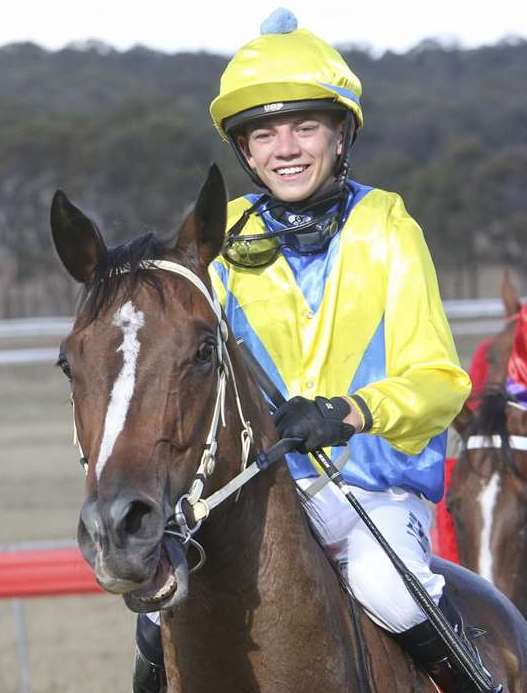 “I know this horse is capable of winning black type - he’s going terrific and we’ve set him for that Hawkesbury Gold Rush in a few weeks,” enthused the widely-travelled Jones.

“Liam is apprenticed to Marc Quinn at Port [Macquarie]. And I liked what I saw when he rode a recent winner here for the Howletts,” Jones explained.

Marc Quinn expanded: “Liam’s just 18, has a genuine passion and work ethic - he’s been riding work for me for three years while he was at school.

"After trackwork, we’d drive him to school. Long day, but riding was his calling,” Quinn enthused.

“He’s only had a licence since January but he’s really capable and getting opportunities.”

Liam’s dominant win at Muswellbrook last week on Yuralla Boy will give him further confidence at the same venue, according to Jones.

“He did everything right, positioned up, when he pulled the whip he was balanced. He got the best out of it late for an inexperienced kid.

“But it was either pull four kilos of that weight for us or not accept. He’s got a real big heart this horse, but I wasn’t going to ask him to carry that weight.

“He might have copped some bad rides but he’s never run me a bad race.”

The top-rater has barrier nine in a capacity field for Liam, and Jones said he expects to settle midfield.

“He’s been competitive in Sydney Saturday grade, that’s why he got the 64.5kg.”

Akasaki has won twice at Warwick Farm in midweek company and has been placed in Saturday grade at Royal Randwick and Rosehill Gardens.

“There’s some good form in this race but basically they are still country sprinters. We’ve regularly raced in city grade and been in the finish.”

Jones is also buoyed about the chances of Palais De Louvre ($5.50), bred by his longtime mate, Gerry Harvey, in an early TAB.COM.AU Maiden (1280m).

“She can gallop and she’s progressive - both her recent placings have been tidy; she’s in her right race with a good draw.”

At present Muswellbrook is rated a soft five surface with fine weather predicted and a capacity crowd for one of the grand annual regional meetings.