Trainer Mike Cattell believes he has the right training formula to hopefully make his mark with last start winner Badge Of Gameness and debutante Royal Popcorn at Nowra on Sunday.

The fledgling trainer is 42 years of age and has been pre-training for five years, but in more recent times has raced horses under his own moniker. 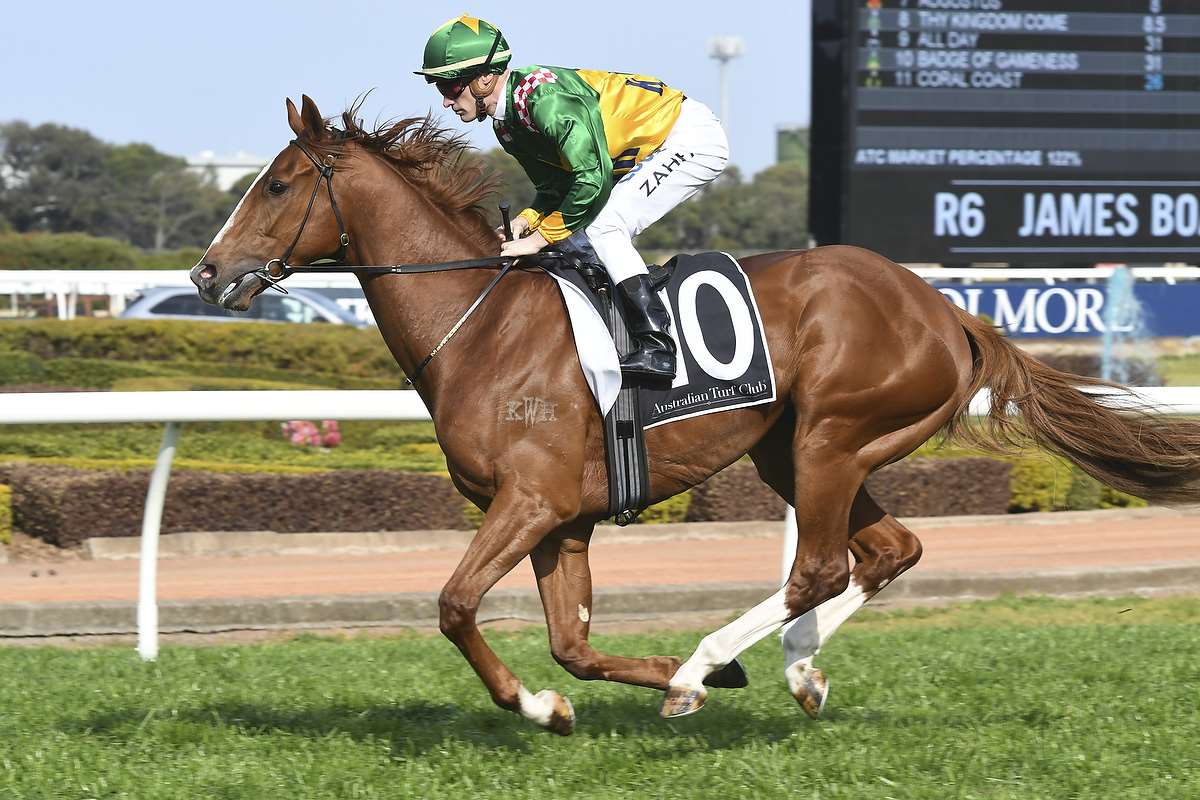 Badge of Gameness (Mark Zahra) when previously prepared in the city. Image by Bradley Photographers

Badge Of Gameness was his second winner as a trainer at Queanbeyan and prior to that Just Dylan provided him with every trainer’s most memorable win in a Canberra Federal Handicap in December.

The qualified builder is a bit of a jack of all trades, but after talking to Cattell you can tell his passion is for his horses.

“I train three horses and two of those will be racing on Sunday,” Cattell said.

“My horses do a lot of hill work and for a horse like Badge Of Gameness it works. He isn’t the most sound horse and he just trots up this hill and swims

That toughness was on display when Badge Of Gameness fought back to win at Queanbeyan continuing the winning association Cattell has with jockey Blaike McDougall.

An in-form Shaun Guymer takes over on Badge Of Gameness in Sunday's The Nowra Jeweller Benchmark 66 Handicap (1600m).

Cattell explained how Badge Of Gameness would be well suited at Nowra.

“He fought back really well over a mile and for that reason, I think he will strip even fitter and be hard to beat on Sunday,” he said.

Badge Of Gameness raced at the provincials and also in Queensland before Cattell took over and was able to win with the four-year-old son of Sebring at his third start.

The trainer hopes its onwards and upwards from here as he looks to increase his stable numbers.

“I’m presently looking at some other horses and hopefully the beach work and the way I train can improve them,” he said.

It’s a different story with Royal Popcorn (Patrick Scorse) who will make his debut as a two-year-old in the NKL Financial Planning Maiden (1000m).

Cattell likes what he sees with Royal Popcorn whose only appearance was a fifth in a six-horse trial at Queanbeyan.

“He has won a couple of jump outs and is six months off being a nice horse over a bit of distance,” he said.

Popcorn is the stable name of the youngster who is a son of Bullet Train – a three-quarter brother to the mighty Frankel.