Lismore trainer Daniel Bowen’s initial disappointment has been replaced with exuberance after his talented mare Queen of Kingston was beaten into third place last start.

The five-year-old finished strongly when placed to General Nelson in a Ballina 1005m event on February 28, at her first run for nearly four months.

“After being a tad disappointed at first, I then realised the defeat was a blessing in disguise,” Bowen explained. 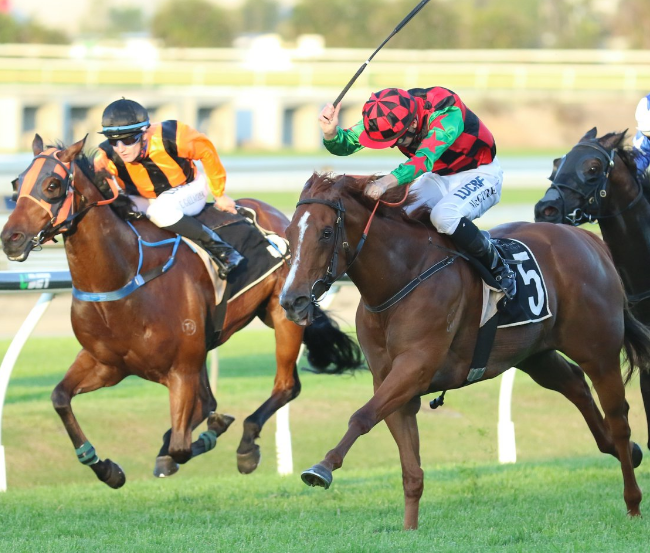 “Had she won that race she wouldn’t have been eligible for the Country Championships.

"She has never won first-up but has scored in two of three second-up runs, so she’ll be much better for the Qualifier.”

Queen of Kingston is the winner of five races (and been placed six times from 15 starts) and country horses cannot win more than five events or have started on more than 20 occasions to be eligible for the Qualifiers.

The first two runners home gain a start in the $500,000 Newhaven Park Country Championships Final (1400m) run at Royal Randwick on Saturday 6 April, where Queen of Kingston is listed as a $26 chance on TAB's all-in fixed odds.

“We bought her as a yearling,” Bowen recalled of Queen of Kingston. “But she had a lot of problems early and went shin-sore three or four times.

“She won well at Ballina last spring and then was beaten a whisker at Doomben when she was nearing the back-end of her preparation.

“We’ve taken our time with her and it is starting pay off. She’s a classy horse with a lot of ability and is starting to build a nice record. She handles any conditions and likes Grafton, having only raced there twice for two wins.

“We’ve timed her preparation well and she will be spot on next Sunday. And then hopefully we’re off to Sydney for the Final.”

Top country jockey Ben Looker will stay aboard Queen of Kingston having ridden her at Ballina last time.

There is an array of entertainment planned with hot blues artists, international craft beer, a fabulous food festival and free kids’ entertainment.

The blues artists live on the Westlawn are Richie Williams, Marshall Okell and Blues Arcadia.

And patrons can try one of the many international beers from The Championships Bar located in the rotunda adjacent to the Ramornie Bar. Raceday entry is just $15.