Country Championships Spot On Cards For Typhoon At Muswellbrook

If Roman Typhoon can win at Muswellbrook on Friday and do it without any mistakes, his local trainer Jan Bowen will give serious thought to backing him up in the $150,000 Country Championships Qualifier (1400m) at Tamworth nine days later.

Otherwise, she will look for something much easier as part of the four-year-old’s ongoing education. 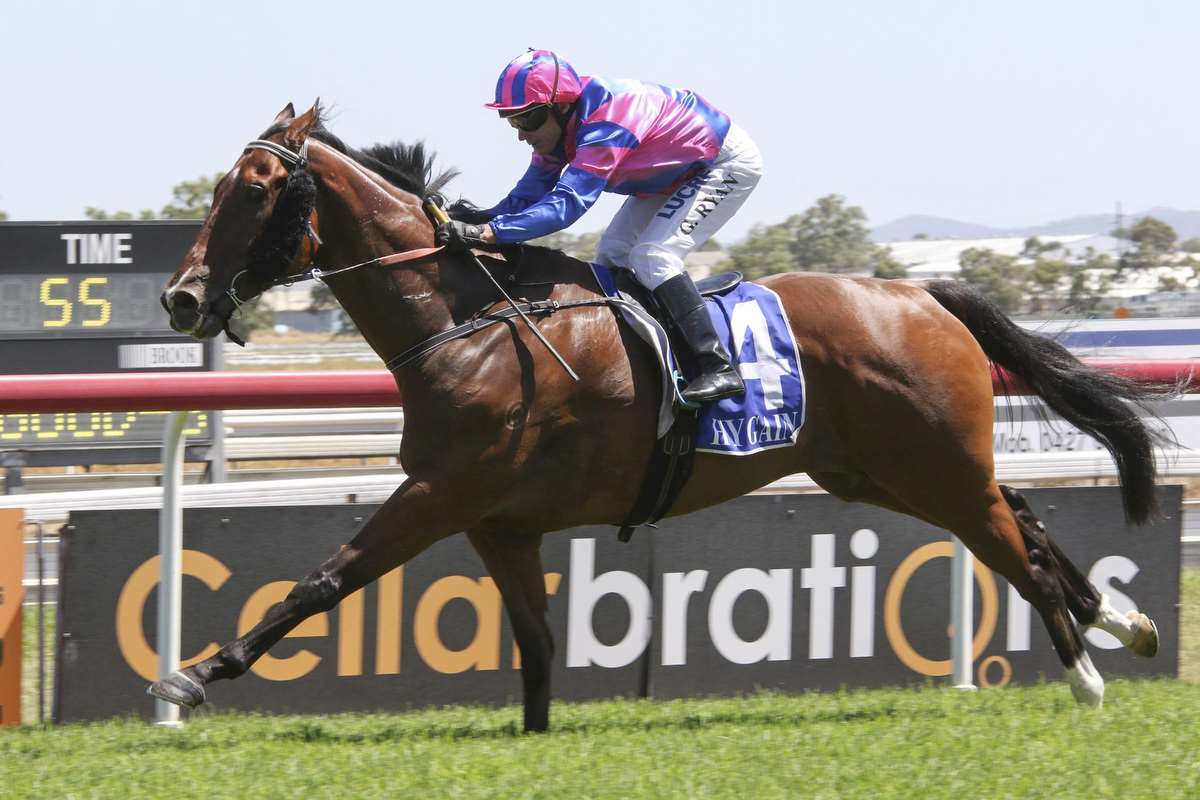 Roman Typhoon is one of the early favourites for today’s Country Championships Series On Now Benchmark 66 (1280m) along with the in-form Neretva which, as a seven-year-old, is finally showing the promise he displayed when he won a maiden at Canterbury as a three-year-old.

Bowen, fortunately, has patience to spare and she has always had faith in Roman Typhoon, despite him being a slow learner.

“The first time he did everything right in a race was when he won a Benchmark 58 at Tamworth a couple of weeks ago,” Bowen said.

“Prior to that he kept making mistakes and in several cases it cost him the race.

“He is such a big horse and a bit of a boofhead but he is slowly getting there. Having said that he is a good horse and I think he will run a big race and I hope he can win.

“If he does, I will give serious thought to going to Tamworth with him. If not, we will take it one race at a time and look for something easier.”

Should Roman Typhoon go to Tamworth and fail to qualify for the final at Randwick, Bowen has the option of running him in the Country Championships Wild Card at Muswellbrook on March 24.

Roman Typhoon is the winner of three races from 900m to 1100m including one on his home track but Bowen has no doubt he will be strong over the 1280m here and 1400m at Tamworth if he goes there.

“He ran a really strong 1500 metres at Rosehill last July and was just as strong over 1300 metres at Newcastle as his next start even though he did not run a place in either race,” she said. “I gave him a break shortly after that and I think he is stronger and hopefully a bit smarter.”

Grant Allard believes a lot of factors led to the Neretva finally getting back into form and winning his last two starts after a frustrating two and a half years. In June 2016 Neretva won a three-year-old maiden at Canterbury after racing three wide throughout.

“He is only a little thing and I thought he deserved a spell so I sent him out for a good break,” Allard said. “It was the biggest mistake I ever made.

“He came back and kept running placings but we couldn’t win with him. I was seriously thinking of getting rid of him but decided to persevere and sent him for another spell.

“Even if he wins this race I am not making the same mistake again. He won’t be seeing a spelling paddock any time soon but then again winter is on the way and I reckon he will appreciate a warm barn and a rug.”