Profile opposition in their numbers has never fazed larrikin country trainer Joe Cleary who again brings a long and profitable association into a $75,000 TAB Highway Plate on a marvellous occasion of theatre at Royal Randwick on Saturday.

Cleary says all country participants, win, lose or draw, are in high anticipation of being trackside in a supporting role for one of the final appearances of the incomparable Winx. 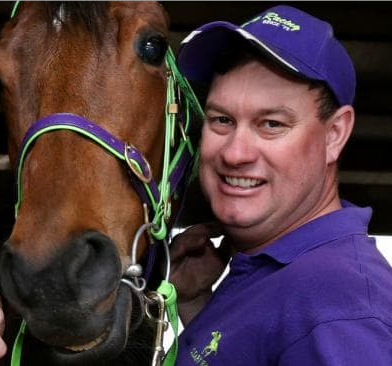 And there’s added attraction on a grand day as Joe’s Queanbeyan foreman and trackwork rider Todd Blowes has the short-priced talent Noble Boy contesting the Goulburn leg of the Country Championships hours after the Highway, to be ridden by their stable jockey Jess Taylor.

“We’re truly privileged, Winx is the best any of us have ever laid eyes on,” Joe enthused. “My owners have planned an entire weekend in Sydney with partners and kids around her.

“To have a runner with a realistic chance ridden by James McDonald could make for an unforgettable day.

“I bought this gelding as a yearling from Gerry - we go back a long way. He’s won three for us and he’s still got genuine upside.

“He’s ridden for me before with success in Highways The run in the Canberra Guineas preview was brave enough, he’s trained on and he’ll really appreciate give in the ground.”

Hard Core (All Too Hard-Rusalka) carries 58.5kg for the champion Kiwi jockey in a Class 3, 1600m on a soft 6 track rating at present.

Hard Core has won two of his past three starts and offers the consistency of as many placings.

“We’ll likely set him the Wagga Guineas. But we’re here, as another win and he’s not eligible for a Highway and that level of prizemoney.”

And Joe always has a grip on regular regional opponents Danny Williams and Matthew Dale.

“Always hard to beat because they invariably bring the right form horses. But they’re involved with dual nominations for Goulburn. So I would think that will naturally impact on the depth of Saturday’s race.”

“Great young people - class acts, they deserve all the success they get and they’ve certainly got the right horse in that massive big unit, could be anything.

“Assuming he qualifies, Bowman was booked for the final after he won that Highway on him.”