No Tears As Kitty Powers Away In NSW Picnic Champion Series 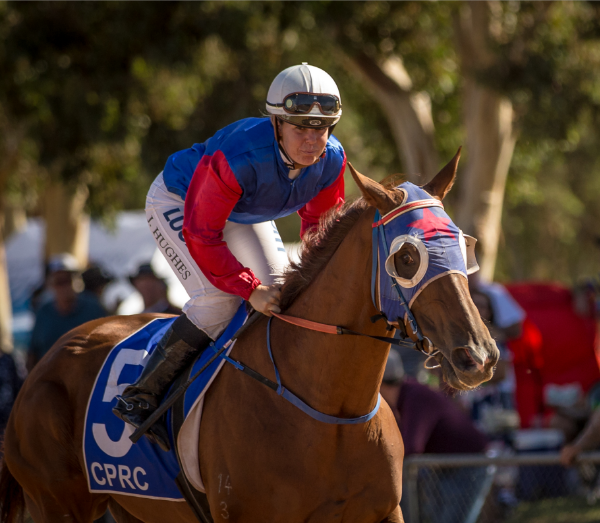 Eyes on the camera - Jody Hughes and Tearful Kitty cast a glance at the snapper before the Conbolin Picnic Cup. Image by Janian McMillan (Racing Photography)

The victory was the second leg of a winning double for Jody Hughes who had earlier scored on Cosmo Star ($10), both gallopers being prepared at Wagga by Trevor Sutherland.

Tearful Kitty had previously finished a disappointing fifth (of six) at Bedgerabong but made a lie of that sub-par effort to win the Condobolin Picnic Cup by a length and a half starting at $8.

The win has bolstered Tearful Kitty's lead in the NSW Picnic Champion Series, with the 10 points now giving the mare a 12-point lead from second-placed Attilius.

Born to Power and Cryfowl share third place on the ladder with 17 points.

Michael Hackett was another to land a winning double at Condobolin when successful on Rehanaat ($1.30 fav) and Dame Largo ($3.50).