Vega De Lago ($8 on TAB fixed odds) was bought as a Country Championships horse but just failed to measure up. Instead, the six-year-old bay gelding, a son of Lope De Vega, runs in Friday’s $50,000 Akubra Quirindi Showcase Cup (1600m) on a Racing NSW Country Showcase program.

It will be just his second run at his “new” home track but his trainer, Geoff O’Brien, knows he will fare better than his than his home debut when 10th to Akasaki in the 1100m feature Lightning on Cup day. 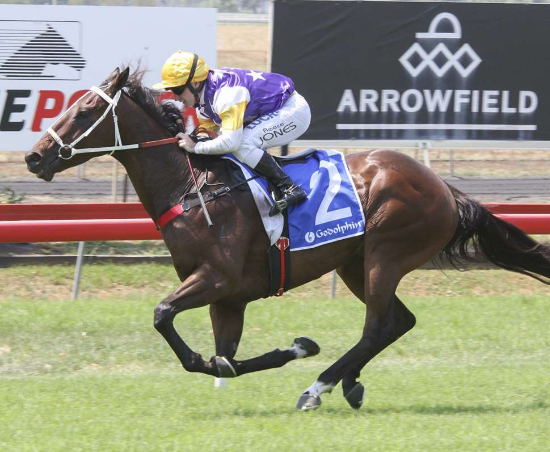 He was beaten six lengths that day but all his other runs, bar one a nine-length blowout in the 1400m Inverell Cup on January 1, have been fair efforts.

“That was the only blot on his copybook for us,” said Geoff O’Brien of the Inverell Cup disaster.

“He was beaten nine lengths - all his other runs he’s been beaten four lengths or less for us.”

Last time out he also secured his first win since moving to his new stable under Geoff O’Brien’s care about 18 months ago.

Bought as a Country Championships prospect out of Victoria he has never been far away other than his home horror.

“That was the original plan, the Country Championships,” Geoff O’Brien said. “Just could quite get that extra length or so. He hasn’t had much luck either but you never do when you come from behind.”

Second last most of the way at Muswellbrook’s Skellatar Park last start apprentice jockey Reece Jones skirted back to the inside to secure a run with the cutaway rail and skate to victory.

“He was overdue for a win,” Geoff O’Brien said. “Hasn’t had any easy runs though.”

“Greg will ride,” Geoff O’Brien confirmed. “He should suit Vega De Lago too.”