Try ‘N’ Run A Muck is a quirky horse. The fact he has part of his own name (TRY) branded on his flank hints at that individualism.

They even call him the "Mad Man" at the track of a morning with everyone keeping well out of his way.

But it will be that quirkiness as well as his giant “ticker” that enable him to win a second successive $35,000 Elders Walcha Cup (1440m) come Friday.

He won last year’s Walcha Cup with a game effort and is on target to win again after being “freshened” by his trainer Troy O’Neile following his wins in the 1400m Inverell and Glen Innes. 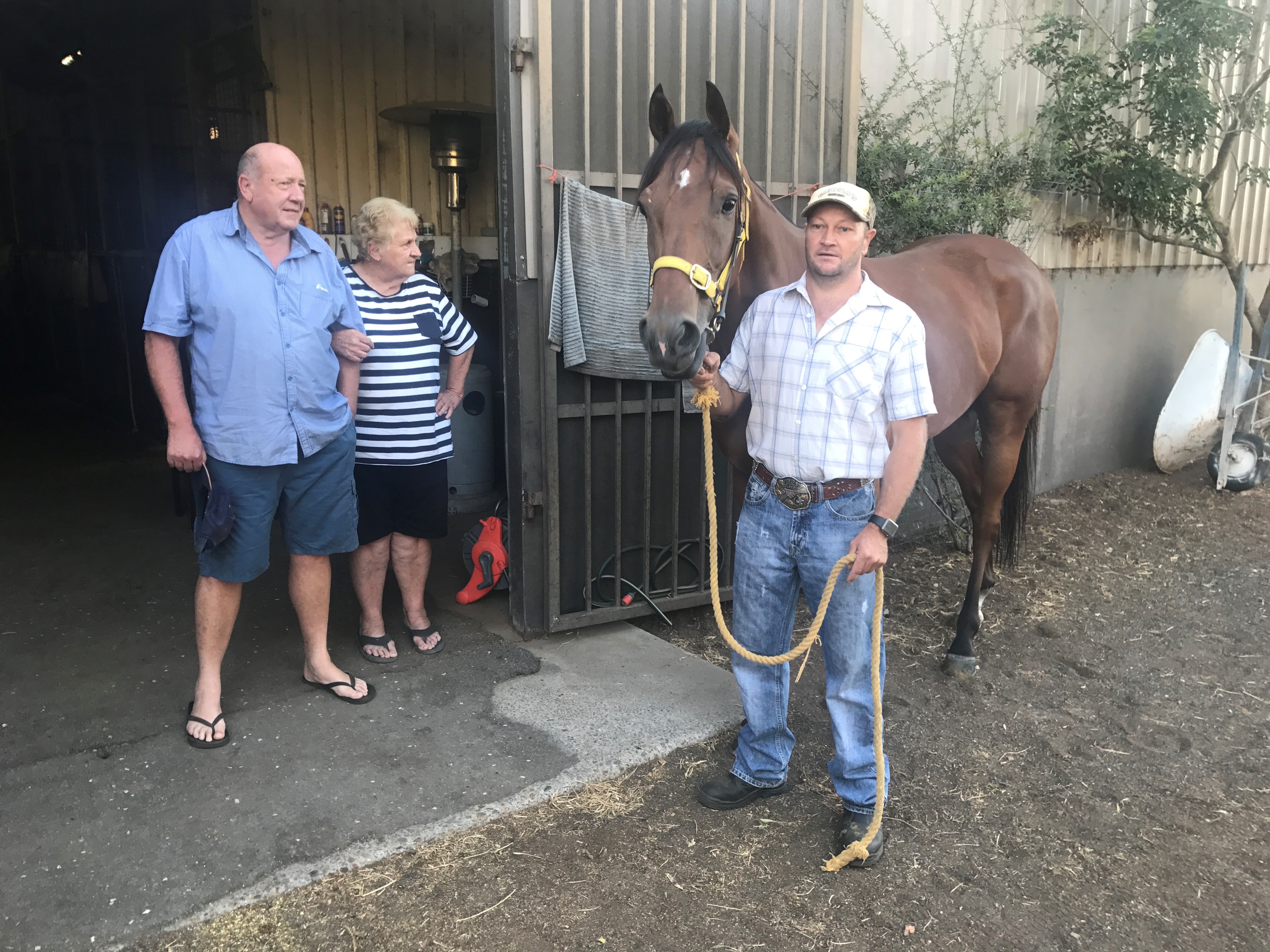 A six-year-old gelding son of Pure Theatre, Try ‘N’ Run A Muck has won eight of his 41 starts with 14 placings and $164,775 in prizemoney for his Tamworth owners Gail and Dave Bastable.

It is with the Bastable’s where Try ‘N’ Run A Muck story begins.

“We bought his mother (Gossip Maid) in foal off Phil Lyne for $400,” Dave Bastable said.

Bastable, a former publican who is also on the Tamworth Jockey Club committee, bought the pregnant mare with good mate 'Mucky' Edwards.

The mare went to Somerton where she delivered Try ‘N’ Run A Muck and that’s how he got a brand with the TRY on his flank. They stand for Todd, Robert and Yvette, Dave said of the Christian name initials of their children.

Tragically, their mate, Mucky Edwards, contracted a tumour and died early on in Try ‘N’ Run A Muck’s career.

“He did get to see him win his maiden though,” Dave Bastable said. “He died three weeks after he won his Class 1. He’d also asked that part of his name be used in the horse’s name.”

The gelding has not only won eight times but he’s placed another 14 times.

“30 out of his 41 starts he hasn’t finished worse than fourth,” Bastable added. “Races well on tracks like Walcha and Wellington. Walcha suits him down to the ground. He finished second in a Kempsey Cup too, the winner then won in Sydney.”

For Troy O’Neile the journey to full-time trainer has been different: “I’ve been a bootmaker for 18 years,” he said.

“Ridden horses since I was eight. Ridden broncs (rodeo) and been a bullfighter. Won two Australian team roping titles too, one with Ben Smith and one with Zoe Swain. Always been into horse racing though, was riding work when I was 15. Started as an apprentice but got too big. That’s why I got into the bootmaking.”

His early days in racing were spent working for Geoff Smith (of River Ridge fame). So all of that experience has him ready to continue Try ‘N’ Run A Muck’s blossoming racing career.

“He’s a quirky horse,” Troy said. “He’s hard to ride. Everyone knows him at the track, they see him coming and move out of the way. They call him the "Mad Man". As a younger horse he was temperamental and wanted to hang. Didn’t want to settle.”

However, times have changed and these days he knows when he can “rest” in races and knows when to go.

“He’s my best horse by far,” Troy said. “And Dave and Gail have been great to me, looked after me. They were my first owners.”

He said while Try ‘N’ Run A Muck is his best horse “the two-year-old Onemorechoice goes all right too and he’ll run in the River Ridge at Quirindi on Cup day.”