Leading trainer Craig Widdison will have seven runners to keep an eye on at Wagga on Friday, but one in particular could be worth following.

The 39-year-old will saddle up last start winner As Bad As Tyson and stable newcomer Burrum’s Buzz in the Summer Sprint (1200m).

Burrum’s Buzz has the credentials to win with metropolitan form behind the likes of Jacquinot Bay and also a close fourth to Group 1 winner Landy of Plenty at Bendigo in April. 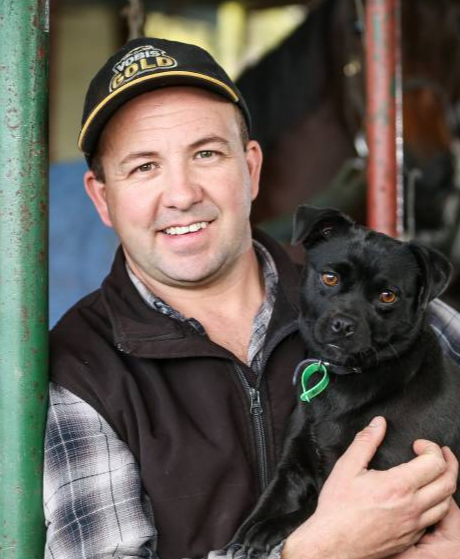 Off the scene for some nine months, Burrum’s Buzz was transferred to Widdison by owner Wendy Chivell who lives closer to where Widdison trains at Wodonga.

“He was racing in Victoria and Adelaide and I think Wendy wanted to have him closer to home where she could see him race,” Widdison said.

“He is going in fresh and his form suggests he may need his races a bit further than 1200 metres, but he is a lovely big strong horse who has his share of ability.

"I haven’t got him tightened right down fitness wise yet so he will improve on what he does.”

There are no unknowns with As Bad As Tyson who is coming off a last start win in the 1200 metre sprint at the Wodonga Cup meeting in November.

As Bad As Tyson defeated What A Hoot, whom he opposes again and is due to break through after consecutive seconds, and also Not Too Sure which won at Moruya on Monday.

Widdison expects the six-year-old to fire first-up, but is mindful of his record away from his home track.

“When he is right he is pretty good but he seems to save his best for Wodonga,” he suggested. “He likes his races spaced so he has had a couple of months between runs going into Wagga.”

There is plenty of interest in the feature race with three times metropolitan winner Fast Cash having his second start for trainer Dan McCarthy. Fast Cash hasn’t won a race since September 2016, but McCarthy has previously reinvigorated many former top gallopers back to their best.

With a question mark over a few of the runners, there are no such doubts with Levee Bank who is race fit and excels at the distance. The mare accounted for subsequent Sydney winner Mercurial Lad and Super Star Bob in her first-up win at Canberra before finishing five lengths from the winner at Randwick.

Trainer Gratz Vella knows what Levee Bank is capable of and expect her to hit back in country grade.

“She drew wide and got back last start. This time she is back in grade and class and it’s a small field,” he said. “I expect her to go close to winning.”

Meanwhile, there will be many anxious owners and trainers when a field of nine two-year-olds, including seven debutants, contest the 2yo.

Redicon has the experience and has shown ability with an impressive trial win at Canberra heading into Friday’s assignment. The colt also finished ninth, beaten just under five lengths, behind Dubious in the Breeders' Plate at Randwick and that horse is one of the favourites for the Magic Millions on Saturday.