Course specialist Count Dekroner has the weight factor against him, but a return to winning form has his trainer Graeme Murray confident heading into the Moruya Town Plate on Monday.

Count Dekroner hadn’t won for two years – his previous win was in the 2017 edition of the Moruya Town Plate – before he broke through at his favourite track on December 23.

The seven-year-old carried 55.5kg to defeat Leami Astray by one length and this time rises in weight by 5.5kg. Leami Astray is again his main danger and also goes up in the weights, but Murray feels Count Dekroner can again finish in front. 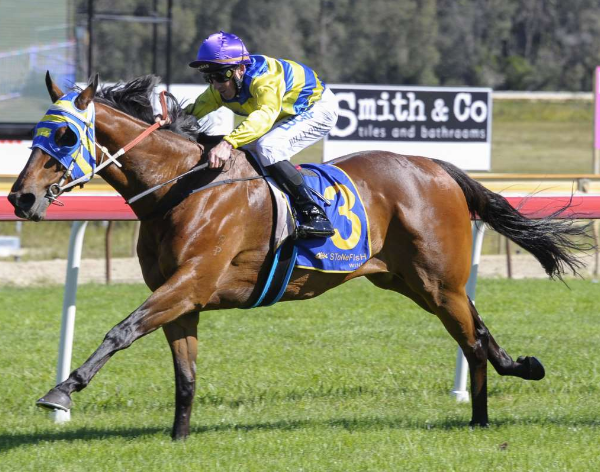 “Leami Astray is the hardest to beat, but I think he will have her measure again,” Murray said.

Count Dekroner ($4.80 on TAB fixed odds) has won four of his five starts at Moruya, while Lemai Astray ($2.30 favourite) has three wins and two seconds from five runs there.

It’s little wonder why the pair will dominate betting and most likely the outcome.

Leami Astray’s co-trainer Robert Price feels the step up to 1200 metres – last time they raced it was 1010 metres – will suit his representative. The mare has won four times from 30 starts, but has a further 12 placings including three this campaign in Sydney.

Price will give Leami Astray a break after Monday and hopes to go out a winner: “She was beaten fair and square by Count Dekroner last start, but the 1200 metres will suit her better,” he suggested: “She is better on a dry track (Good 4). It looks a race between those two horses and I think only bad luck can beat her.”

Closing in on $100,000 in earnings, Count Dekroner can reach the six figures at a track where he has an almost 100% winning record. Lightly raced last campaign without winning, Count Dekroner showed he was still a force with a strong win last time and Murray feels it was a sign of things to come.

“He had about eight starts last preparation without winning and the closest he finished was fourth,” Murray said. “It was great to see him win again because he has been a good old horse to us and I think he can win again despite the bigger weight.”

Price and his son Luke will also be represented by Hesperos ($21) in the Moruya Cup (1425m). The mare has finished in the top three at her past five starts and steps up in class after winning a Benchmark 58 at Nowra two starts ago.

“She is in really good form and her work has been spot on,” Price added. “The race drops off with a few scratchings which will help her chances.”