Local Mare Should Giddyup For Punters At Port Macquarie

The Churchill Downs mare is a better horse than her last start run at Taree would indicate, with a repetition of the previous performance at Coffs Harbour when beaten under two lengths by Nooks and Crannies placing the galloper at the top of discussions for the Cup.

Prior form includes a solid run at Taree behind Port Gold when beaten just over a length, with the winner stamping the form by completing a hat-trick at his home track a fortnight later.

Evergreen local trainer, Neil Godbolt, looks set to add to his premiership statistics of eight wins and 20 placings for the season with the $10,000 Cup feature looking to be well within reach for the honest campaigner. 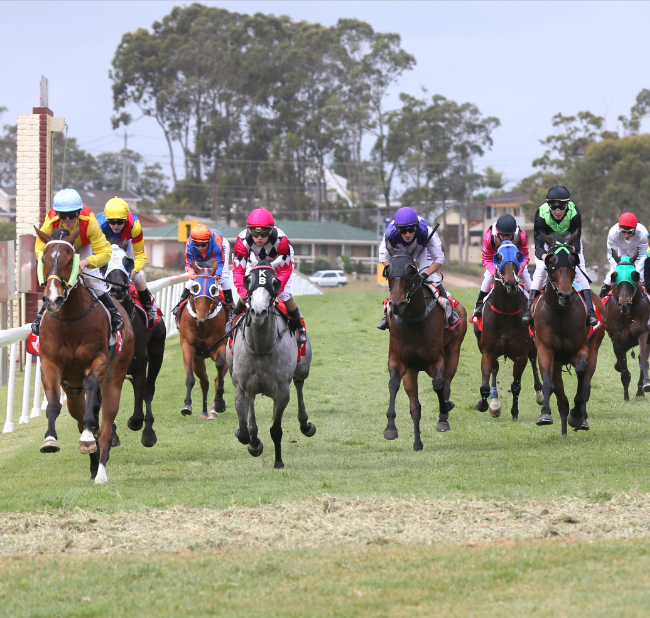 Racing action is at Port Macquarie on New Year's Day

The stable is riding high following the win by Dreamalina in the Phillip Hughes Memorial at Bowraville on Boxing Day in a race that perpetuates the memory of the champion cricketer and Macksville local who lost his life in a batting accident some four years ago.

The local trainers look set to provide the greatest challenge with Ticket to Fly coming off an encouraging fourth at his home track of Tuncurry before being defeated by Roy’s Command and Typhoon Bonny in preparation for the holiday assignment.

The Tickets gelding has been racing over longer journeys in recent times, but a good strike rate of two wins and five minors from 19 starts and the astute care of Terry Evans could provide the key to a prominent performance.

The Evans stable has live chances throughout the program with Oakwoods Hope looking hard to beat in the opening event following sound performances at Port before a recent fourth at Taree in the event won by The Deal is Dun.

Call the Game is an interesting runner in the third race with the Dubleo gelding resuming from a break of five months but does have the benefit of a Tuncurry barrier trial win under his belt a couple of weeks ago.

John Sprague makes a welcome return to training and has The Kroc entered in Tuesday's highlight with the stable electing to start the Bullbars gelding at his home track instead of heading down the road to Taree the following day.

The club would like to acknowledge the continued support of the solar energy equipment suppliers for the district, Harelec, to racing action and look forward to entertaining their management and staff.

There will be excellent catering, wagering and bar facilities available on the day to cater for the anticipated large crowd of holidaymakers with plenty of entertainment for the children together with the spacious lawns for picnics.

The usual bus services will be running at suitable times from Gordon Street and Tacking Point Shops with the six-race program set to be run on a good racing surface. The first event is scheduled to commence at 1.57pm and full bookmaker and tote facilities will be provided for all the major meetings conducted around Australia.

The culmination of racing action in January is at the commencement of the Australia Day holiday weekend with the running of the $60,000 Queen of the North Handicap, one of the blue-ribbon events on the club’s calendar, to be conducted on Friday 25th January.

President, Greg Delaforce and the Committee of Port Macquarie Race Club would like to wish everyone the very best for a safe, happy and successful New Year and it is onward and upward for a wonderful 2019.