Corey Vitnell, a former stablehand for the Greg Hickman stable, has died as a result of a motorised bicycle accident. 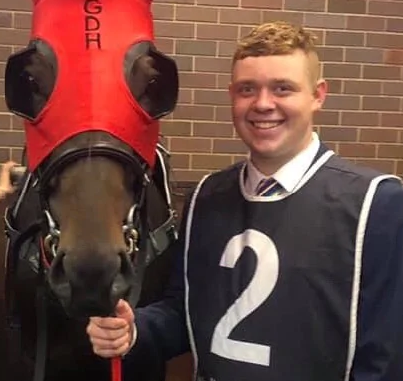 Corey Vitnell working as a strapper on raceday

The Daily Telegraph reported the teenager was riding a modified mountain bike with a petrol motor when he lost control and crashed into the metal railing of a bridge at Jack Myers Field in Blacktown on Tuesday night.

The 17-year-old suffered head injuries and could not be revived.

Shattered relatives took to social media to post tributes, saying the young man, who loved his job helping train racehorses, had an appetite for adventure and a "contagious smile and a big heart".

"Corey was on his way to the shop when he lost control of his bike and sustained serious head and chest injuries," the family wrote.

"There is no greater loss than the loss of a loved one, particularly a child."

Another relative penned: "Corey worked at the races training horses, he loved his job and he was going far but his life was cut short and I would do anything to bring him back."

Police confirmed Corey was riding a bike with a "modified petrol motor" and that he was not wearing a helmet.

In 2014, the NSW Government made it illegal for petrol and high-powered electric bikes to be used on footpaths, shared paths, on the road or in public parks due to the high risk to riders and pedestrians.