The world’s best horse Winx will be permanently immortalised at Royal Randwick with a new public spectator facility to be built and named in honour of the mighty mare.

The Winx Stand will be built on Royal Randwick’s Leger Lawn and cater for approximately 5000 spectators on major racedays.

It will also be used by the Australian Turf Club year-round for non-raceday events such as conferences, trade shows, exhibitions and university activities. 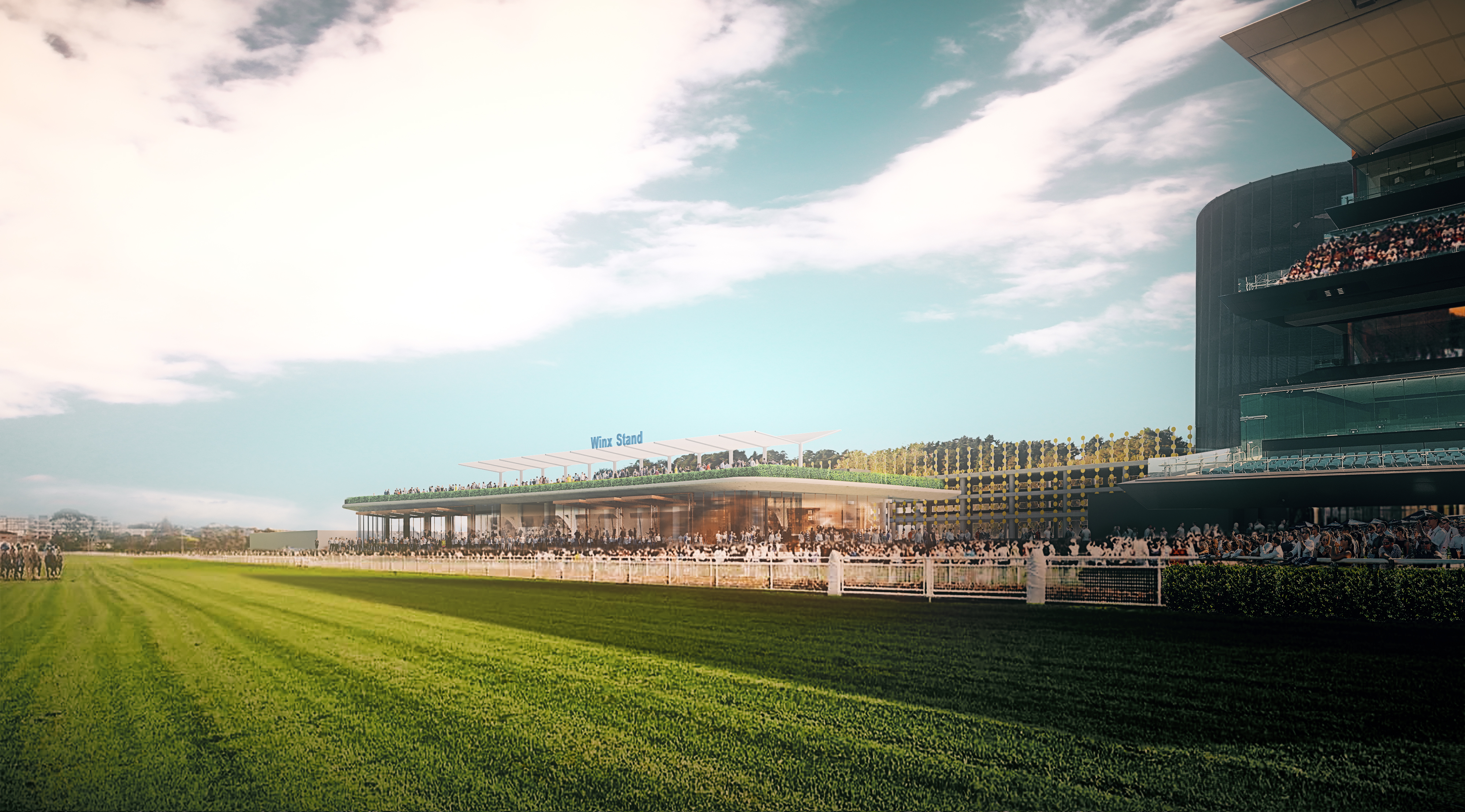 An artist's impression of the new Winx Stand at Royal Randwick

Pending final planning approvals, the Australian Turf Club is aiming to have the Winx Stand open to the public for the running of The Everest in 2020.

The project is a joint initiative of the Australian Turf Club and Racing NSW and will be funded through the Randwick Capital Fund, which was established for these purposes.

Her farewell run and victory in last month’s Longines Queen Elizabeth Stakes on Day 2 of The Championships attracted a sold-out modern day record crowd at Royal Randwick of 43,833 people.

The Australian Turf Club is also progressing with plans to build a statue of Winx at her home course at Rosehill Gardens.

Australian Turf Club Chairman, Matthew McGrath, said Winx’s achievements on the track will live forever in the memories of fans.

“Winx has provided us with a lifetime of memories and now her name and career will be linked at Royal Randwick and the scene of some her most famous wins," Mr McGrath said.

“Winx is an Australian sporting icon and it is fitting such a major addition to Sydney’s historic Royal Randwick Racecourse is permanently named in honour of this remarkable horse.

Racing NSW Chief Executive, Peter V’landys AM, said: “Racing NSW and the ATC have been seeking new public facilities for a period of time.

“Accordingly, it is very pleasing that there now is sufficient funds in the Randwick Capital Fund which is funded by revenue Racing NSW receives from international pooling and initially from racefields revenue for these public facilities to come to fruition.

“It’s even now more exciting and satisfying to have this public stand named after the people’s horse, Winx.

“This charismatic once in a generation champion has brought many new people to racing which in itself causes the need for new public facilities.”