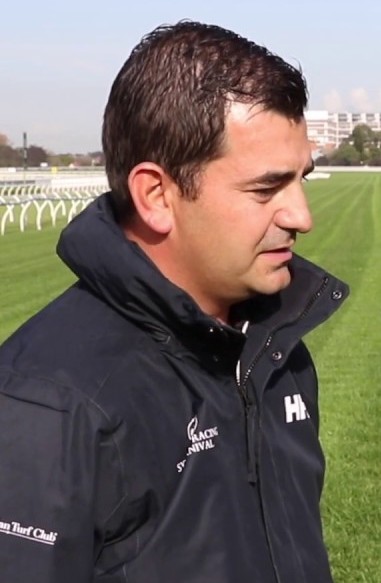 Mr Wood [pictured left] has worked at the Australian Turf Club for the past six years and for the last 18 months has been Assistant Racecourse Manager at Royal Randwick.

Dave Morrison – who has worked at Royal Randwick for almost three decades – has also been promoted to a new position of Deputy Racecourse Manager, taking on a more senior role.

Mr Wood and Mr Morrison begin their new roles on 1 August following the retirement of Lindsay Murphy on 31 July and Mr Ramdhani beginning his role.

Australian Turf Club Executive General Manager of Racing Services, James Heddo, said the Club was pleased to continue to develop and promote staff from within its ranks.

“Michael and Dave have done a wonderful job as part of the Royal Randwick tracks team in recent years and we are delighted to see them promoted to these new roles,” Mr Heddo said.

“We congratulate Michael and Dave along with Nevesh on their appointments as we thank and prepare to farewell Lindsay.

“All of our tracks continue to perform extremely well and this is a testament to the leadership of Lindsay right down through all of the teams at our four racecourses.”