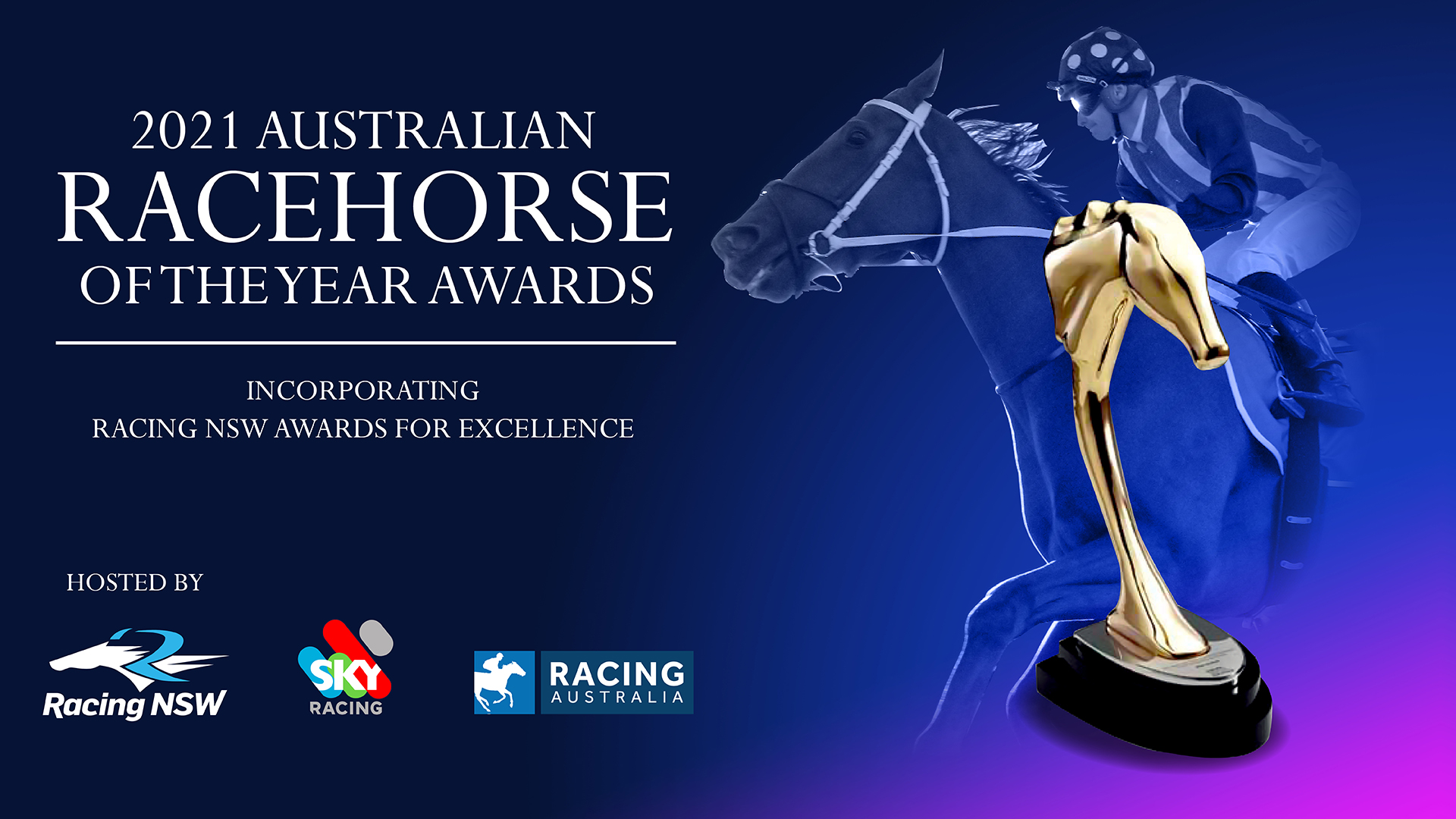 The nominees for the prestigious 2020/21 Australian Racehorse of the Year awards have been announced today by Racing NSW.

With COVID restrictions remaining in place, this year’s ceremony will be broadcast live via Sky Thoroughbred Central on Monday, 11 October 2021.

The awards acknowledge performances on Australian racecourses, as well as international performances by Australian-trained horses for the period from 1 August 2020 to 31 July 2021.

The nominees in each category have obtained the most votes from more than 70 of the nation’s most respected racing media and handicappers.

Each nominee will then be eligible to be crowned Australian Racehorse of the Year, joining previous winners including champions of the turf Winx, Black Caviar, Sunline, Octagonal, Makybe Diva and Might and Power.

“The Australian Racehorse of the Year awards celebrate horse racing excellence and the marvellous achievements of both our equine and human heroes,” said Racing NSW’s Chairman, Mr Russell Balding AO.

“On behalf of Racing NSW and Racing Australia, I congratulate all award nominees and would also like to pay homage to each participant around Australia for their efforts throughout the racing season under difficult circumstances.”

Racing NSW’s prestigious Awards for Excellence will also be announced during the night and include the Bart Cummings Medal, TJ Smith award, George Moore award, Theo Green award, Sydney Strapper of the Year, BOBS Horse of the Year and the Caryl Williamson Racing Writer’s Media Personality of the Year.

In the Australian awards the headline act for the Champion Two-Year-Old title is the Richard & Michael Freedman-trained colt Stay Inside who was in sizzling form when an easy winner of the Golden Slipper Stakes. Others in contention include the Blue Diamond winner Artorius and Magic Millions victor Shaquero.

Some outstanding three-year-olds will be vying for that age group’s award in the Colts and Geldings division including impeccably bred Caulfield Guineas winner Ole Kirk, VRC Derby winner Johnny Get Angry and the talented Rosehill Guineas winner Mo’unga.

And the Champion Stayer and Middle Distance Champion could come from strong line-ups including two of the public’s favourites, eight-time Group 1 winner Verry Elleegant and dual Group 1 winner of the Cox Plate and Tancred Stakes, Sir Dragonet as well rising star Zaaki who has been in devastating form with four successive Stakes victories.

Nominees for the 2020/21 Australian Racehorse of the Year awards are: