Two successive victories by Military Bay has catapulted the four-year-old to the top of the points score the 2020 NSW Picnic Champion Series. 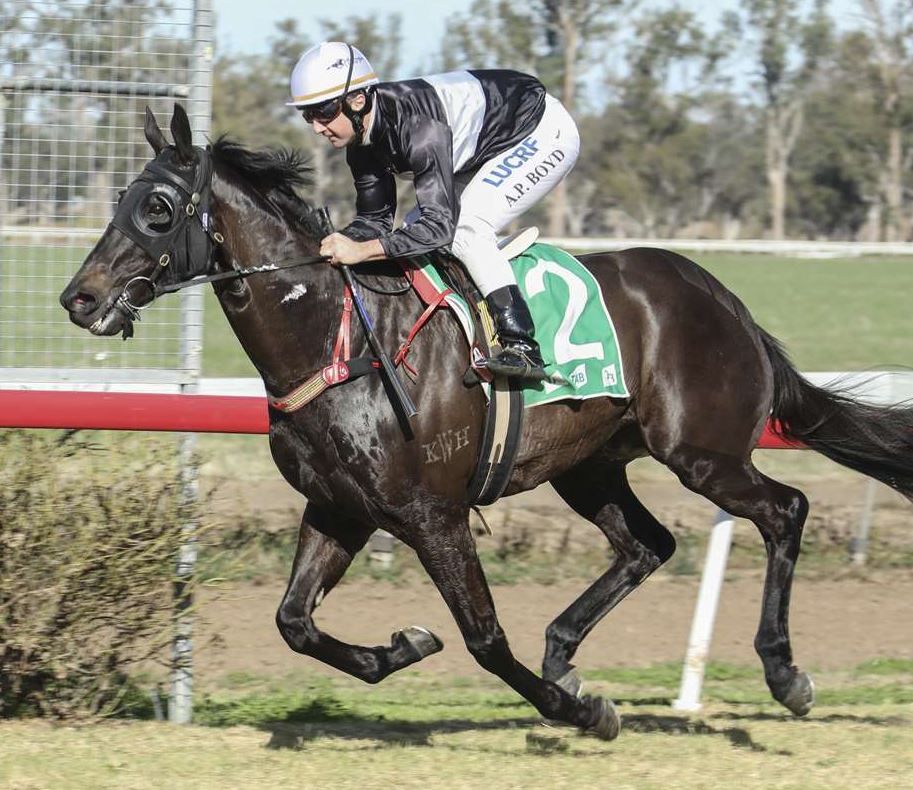 Ashley Boyd has a throttle hold of Military Bay as he coasts home at Gunnedah last weekend. Image by Bradley Photographers

That leaves Military Bay clear on 31 points for the Series, six clear of Another Plan with Zoutenant (24 points) and Drummed Out (23pts) following.

Dizzy Success (Alexandre Lemarie, $7) moved into the top 20 on the ladder with 13 points, picking up five points for winning the Kurrumbede Class 2 Trophy (1600m) at Gunnedah.

The seven-year-old won by just under a length from Bel Attrait (Leandro Ribeiro, $4.40).

Lemaire has been in splendid form around the picnic circuit having won the previous event, the Bold Karioi Picnic Cup (1600m) on St Luke ($5.50).