Trainer Keen On Prospects Of $5000 Buy At Ballina (Friday)

Queensland trainer Billy Healey will have several runners at Friday's eight-race Ballina meeting and is particularly upbeat about the winning prospects of Don'tDie Wondering and Let's Torque A Deel.

Healey, who is based on the Sunshine Coast, has Don'tDie Wondering lining up in the Class 2 Handicap (1010m), last-start Ballina winner Nasa tackling the Benchmark 58 Hcp (1260m), Highfalutin Gal in the Benchmark 66 (1410m) and Let's Torque A Deel and Roaring Spirit both going around in the Class 1 & Maiden Plate (1600m). 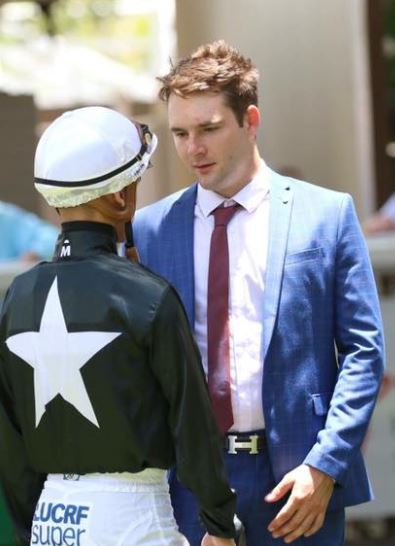 Healey, who has a background in showjumping, began training in partnership with his late father Dale in 2015. Don'tDie Wondering, a $5000 graduate of the 2018 Scone yearling sale, was the last horse they bought together before Dale passed away later that year.

"She is going to be very hard to beat at Ballina on Friday. From gate one, she should have no problem pushing forward to lead that field."

Don'tDie Wondering, a four-year-old Monashee Mountain mare, has already compiled a record of two wins and three placings from her seven starts to date, earning just over $36,000 in prizemoney. She won back-to-back races at Casino and Doomben earlier this year and there has been plenty of merit in her two recent runs since resuming.

She ran into the smart Lyrical Girl when she resumed for third over 1000m in a Class 2 at the Sunshine Coast on October 9, then was just beaten by Stylish Saga in a Class 2 over 1050m at Doomben on November 3.

Top jockey Michael Cahill takes the ride at Ballina on Friday and also partners Healey's other runners, except Roaring Sprit who will be ridden by Kirk Matheson. Healey is also confident Let's Torque A Deel can end a 17-month winning drought and take out the Class 1 & Maiden Plate at his fourth run for the stable.

Previously with Ballina trainer Ethan Ensby, Let's Torque A Deel's only previous win in his 18 starts was at Casino back in August last year.

He has improved with each of his three runs for Healey and is coming off a last-start third behind Bounty Hunter in a Benchmark 58 over 1300m at Rockhampton over 1300m on November 6.

"I've learnt a bit more about him and I don't think he's a stayer," said Healey. "His run at Rockhampton the other day was terrific as he was three-wide facing the breeze the entire trip.

"He's a podgy little horse and that run would have really improved him and he'll strip a lot fitter. Going into Friday's race on a seven-day back-up should be ideal and I think this race really suits him.

"I expect him to be very hard to beat on Friday. The other one I have in this race, Roaring Spirit, might need something a bit easier though."

Three-year-old Scissor Kick gelding Nasa broke through at his fifth start to win a Ballina Maiden last time out on November 2 and takes on a Benchmark 58 on Friday.

"He found a suitable race last time but still did a pretty good job to win as he did it tough in the run and they had their chance to beat him," said the trainer.

"It's always hard to come out of a Maiden and take that next step, but I think he can continue to improve and, apart from a couple of others in Friday's race, I think he's well enough placed in the race."

Consistent placegetter Highfalutin Gal has been a frustrating mare for Healey but she can run well on Friday if things go her way and she can settle in a more forward position.

Winner of two of her 14 starts but placed another eight times, the mare tackles Friday's Benchmark 66 Hcp (1410) at her third run back. She is coming off a strong effort at Rockhampton on October 8 when she rattled home from back in the field to finish third in a Class 2 over 1300m.

"She's always shown well-above average ability but she's one of those horses who always seems to find trouble in her races or has a few niggling problems," said Healey.

"I'm not sure if the Ballina track is going to suit her but over the 1410m on Friday, hopefully, she can find a position a lot closer than she has in recent starts."